We were on our way to another little town and their city park.  I stopped here for lunch.  It was very peaceful and quiet with only two or three vehicles passing by in the hour.  Why go into a town?
So here we stayed for the night. 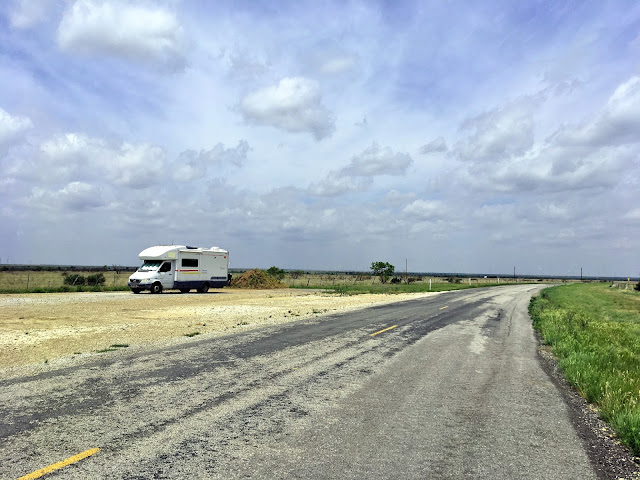 Later in the day a storm warning was issued and I sat outside enjoying the lightening display on the far horizon. About 45 minutes later the first raindrops were felt and I thought I'd stand out in it as I had done before.  That didn't last long.  The wind-driven raindrops hurt.  The wind then suddenly picked up in intensity and it was all I could do to get the door shut on the RV.   If you ever watched The Wizard of Oz and can recall the image of Dorothy's family trying to get the storm cellar door shut, that is how it was for me.  It only got worse afterwards.  The RV rocked like never before; the rain pelted the side as if it were tiny rock pebbles.  As frightening as it was, it was just as exciting.  All I could do was enjoy the experience.  Then about 5 minutes later it was all over.  The peace and quiet returned as the storm moved way to the north and left behind this rainbow. 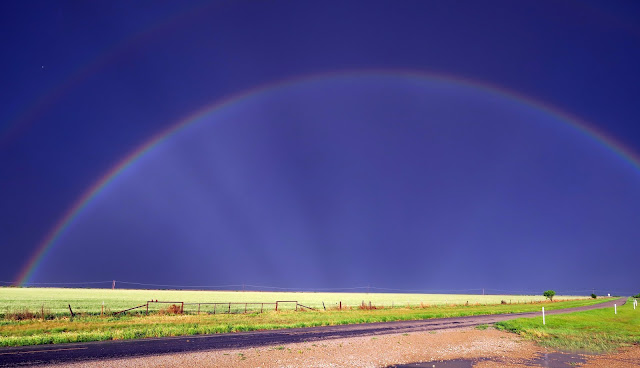 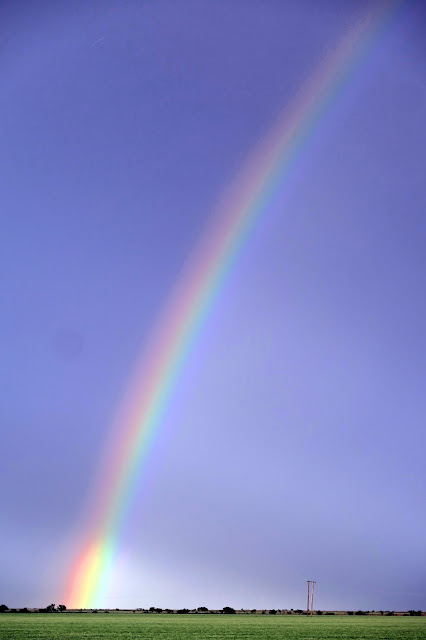 The sky was really black looking at the retreating storm so the contrast to the sunlit foreground was stunning.  For some reason my camera didn't capture the darkness.  I guess too much contrast. 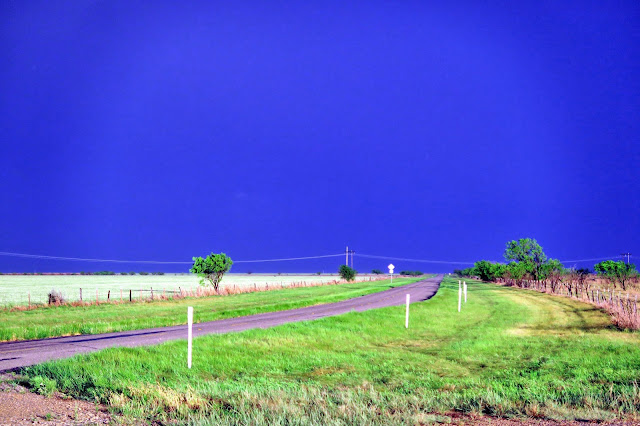