Well, I wasn't expecting this!  This (I'll try to be nice here) 'monument' was built after the turn of the century.  I'm sure they meant well at the time.  I'll say no more.  There are 56 steps (I counted them) which signifies his age at the time Lincoln was assassinated. 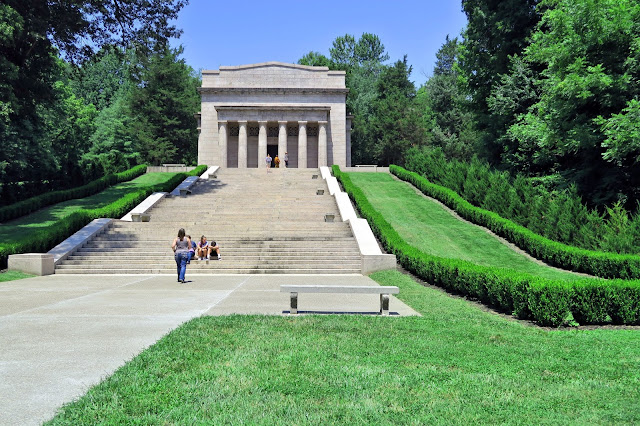 Inside is a "replica" log cabin.  At the time they thought it was original.  It had been dismantled and shipped around the country for exhibition, along with another cabin of historical importance, that of Confederate President, Jefferson Davis.  Oh the irony!  In the process the logs got mixed up so by the time the cabin came home it wasn't even positive all the logs were correct.  Later in 2004 it was proven the wood was 39 years too young so the cabin remains as a symbolic representation. 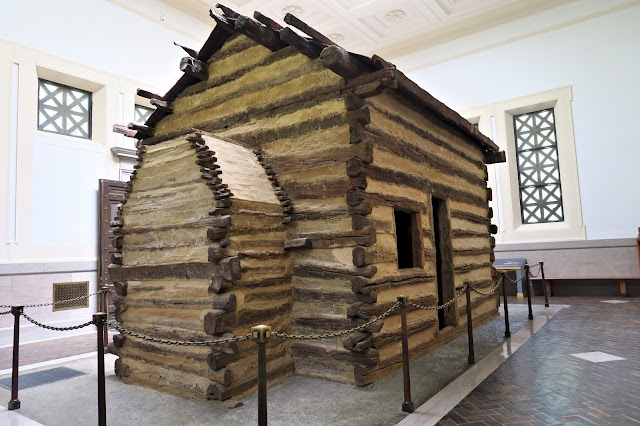 The Park Service lady told me they believe the original cabin was a bit larger too.
I've included these signs for those of you who are interested in reading them.
Click on the image to make it bigger and easier to read. 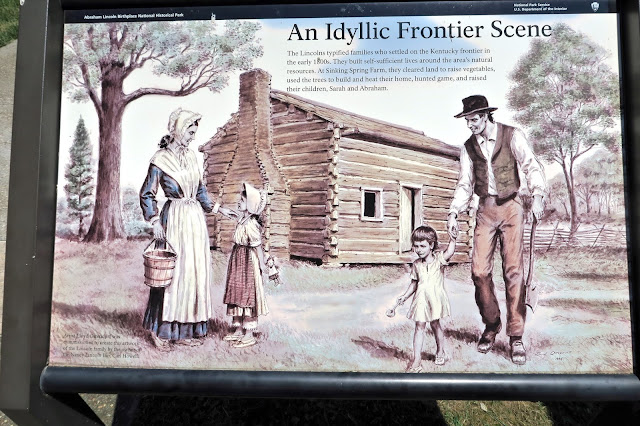 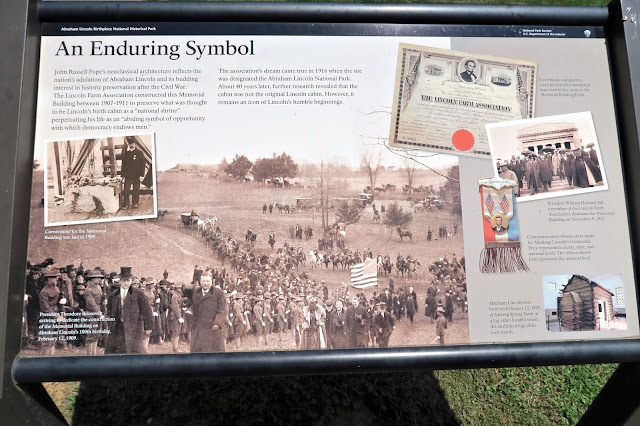 On the grounds are four "replica" log cabins which you can rent and stay the night in.
I couldn't go in them or even get near as they were shut down for some reason.
I was curious as to how original (rustic) they were inside. 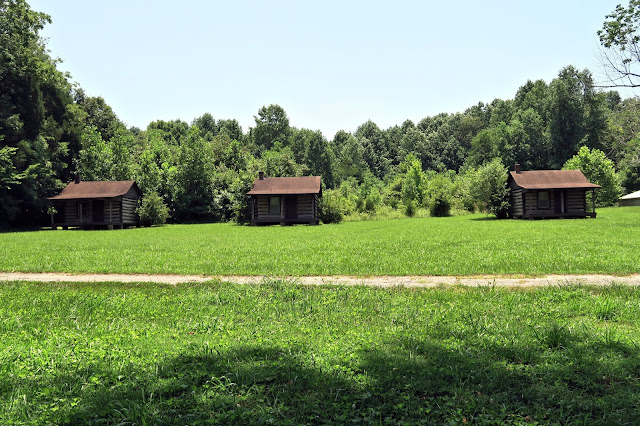 Very grand-looking - but a bit muddled on closer inspection. Sounds like some politicians I could name.