I wasn't expecting much driving to this location and was prepared to do some more driving to a spot to camp for a few days.  I was pleasantly surprised at what I saw.  Best part?  The shade beneath these towering sycamore trees.  They helped a lot against the heat and humidity. 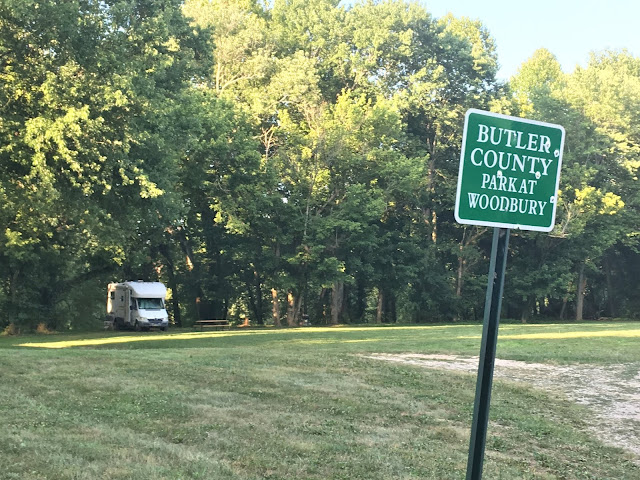 The worse part was the litter strewn about.  This was a new park dedicated in June of 2017.  There were two trash cans ($21.78 - the price tags were still on them).  Both were overflowing and the animals would get in digging around and thus the litter.  It appears the County never comes by to empty the cans.  I picked up all the litter at my spot, stuffed in into the can and was able to get the lid on.  The other trash can after cleaning that mess, I had to leave a large black plastic bag on top.
The next morning the animals had ripped into it. 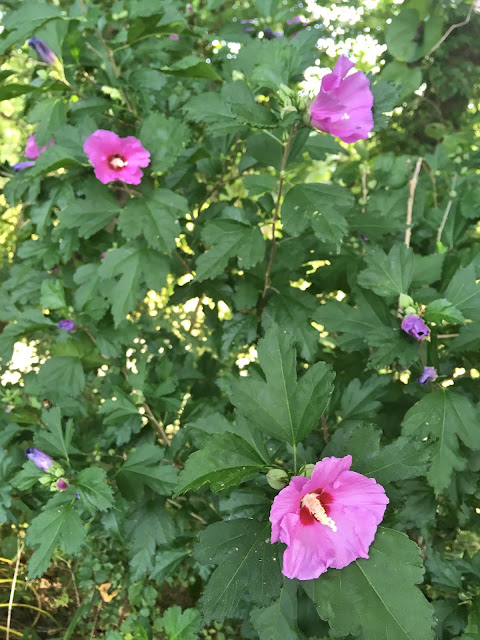 There were lots of butterflies about and very few mosquitoes.  And too, fireflies.
I love those fireflies.  I'd come back to the Mideast for the fireflies alone. 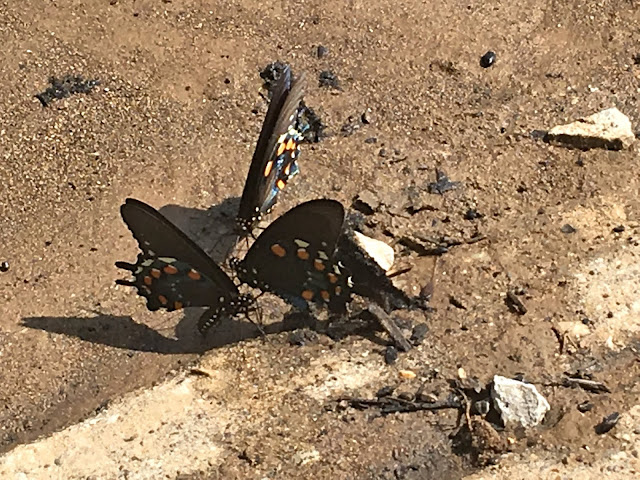 Then there were these guys.  Cicadas.  They were huge and loud.
They gave the whole scene a tropical jungle like atmosphere. 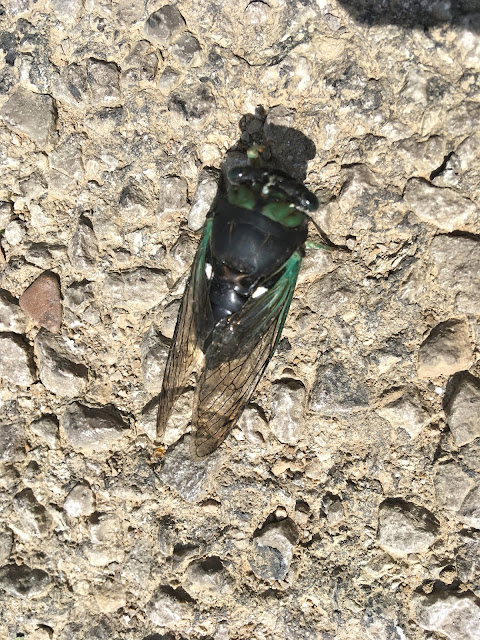 It was here that Beans caught her first frog but it got away. 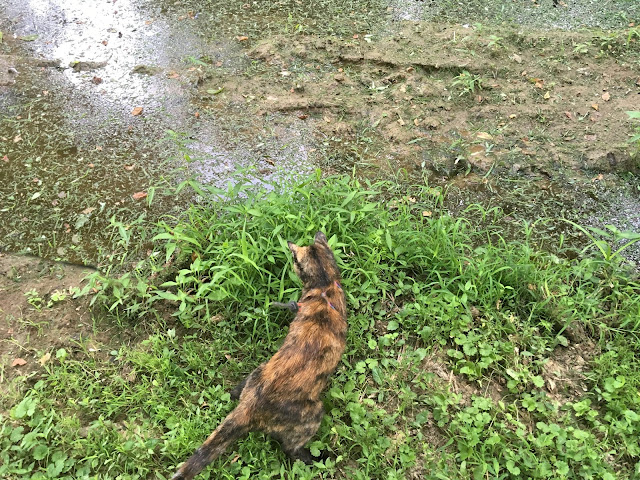 Where did it go?
Frog catching requires a whole different skill set. 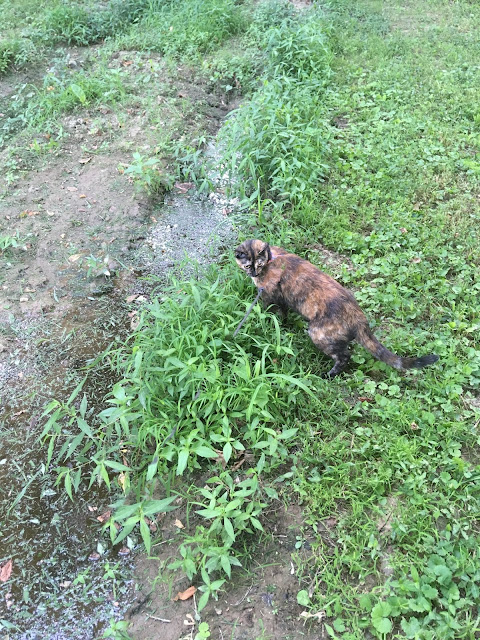 Nearby was this disused lock. 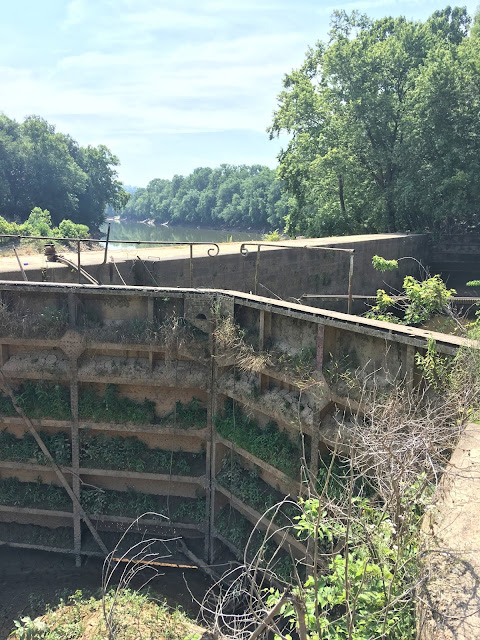 I talked with a local and he told me the dam washed out 15 or so years ago and they never rebuilt it. 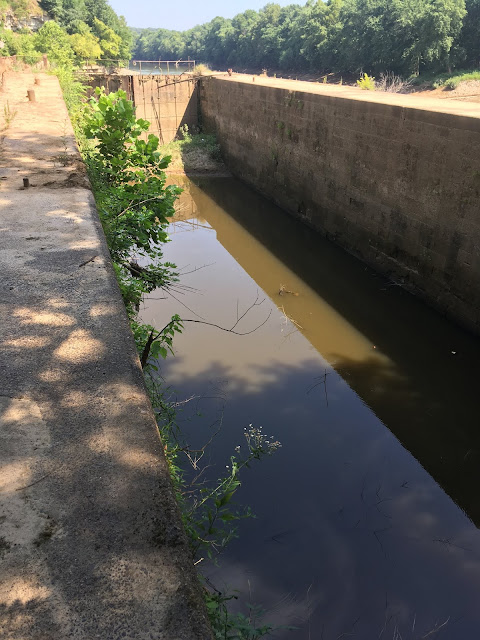 Boat traffic ceased and everything was abandoned.
The "jungle is slowly reclaiming it all. 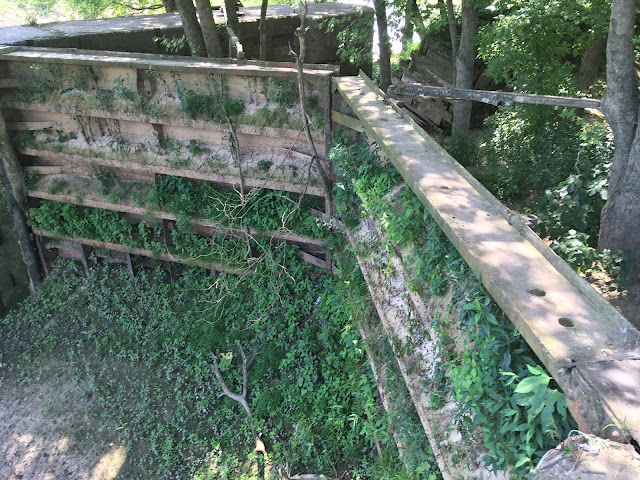 A tree growing around one of the geared arms that open and close the lock gates. 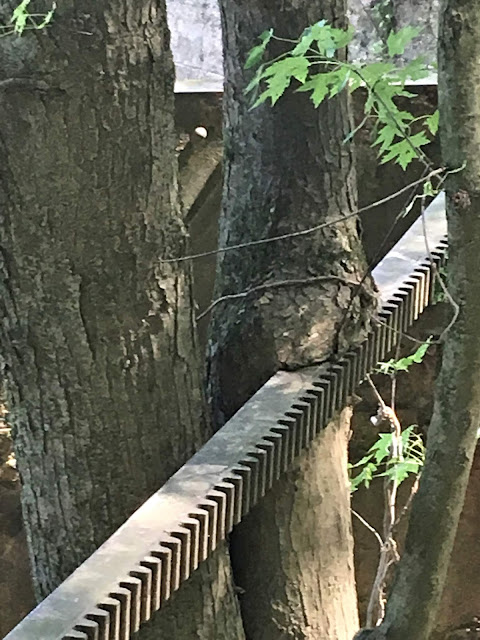 This was all along the Green River which was pretty green.
I thought best not to swim in it
Who knows what lurks in those murky waters? 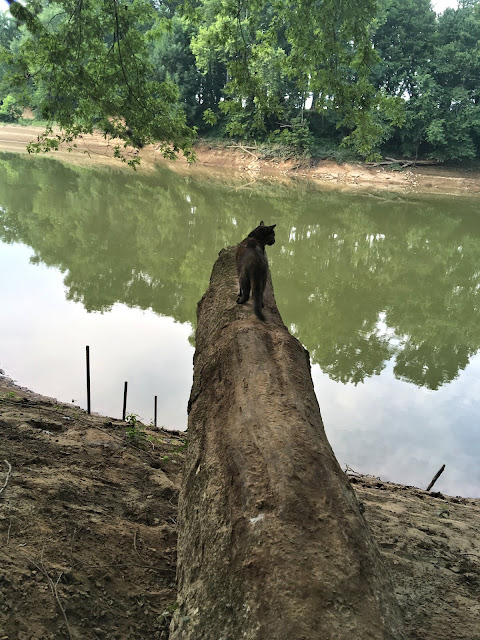 I'm surprised that you're still finding places that are so apparently little-used now that summer's truly upon us.