It may seem we are moving on pretty fast. Well, yes we are, more so than I would like.  The fact is there aren't many places to stay without paying more money than I would be willing to pay and still be able to sleep at night.  Also the states are kind of close together so before you know it you are in a new one.

Just over the border into Illinois I stopped.  I wanted to see Lake Michigan...again.  I won't bore you with a bunch of facts like I did with Lake Superior.  Well okay, just one: it is the second largest lake in the world that is entirely withing one country.  More importantly is the water temperature was warmer than Superior.  I went for a refreshing dip in Lake Michigan. 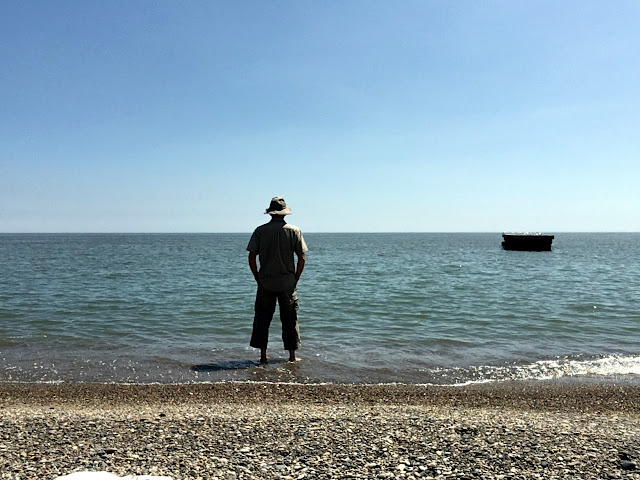 I said "again" for I was here while in the Navy for training at the Great Lakes Naval base.  I went by the base to see if things changed any in 51 years.  Nothing was the same outside of the base.  I was disappointed.  Just goes to show you never can go back.  All you have are your memories.  Never lose them.  Continuing on south lost in my memories I wasn't paying attention to the route Claire (my GPS lady) was sending me.  Soon I was caught up in the thick of it - Chicago traffic.  Oh, this will clear up soon Beans.  It didn't.  We crawled along for an hour before escaping Chicago.
These poor people.  What a miserable existence. 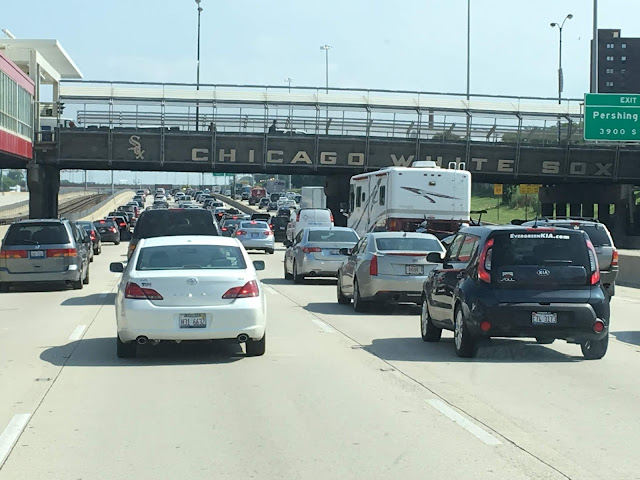 Not soon enough we were in Indiana.  I stopped at their welcome center. 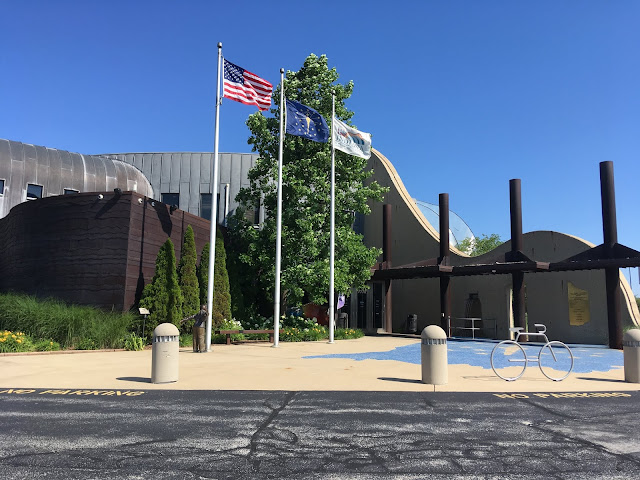 If you haven't seen the movie "A Christmas Story", make a point of doing so. 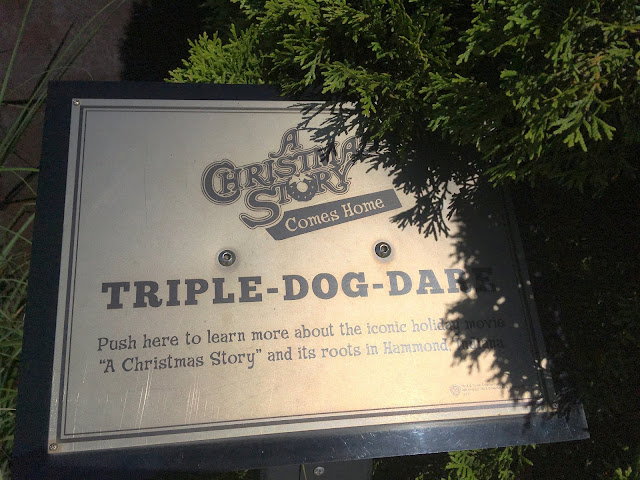 One of many of the memorable events in the story. 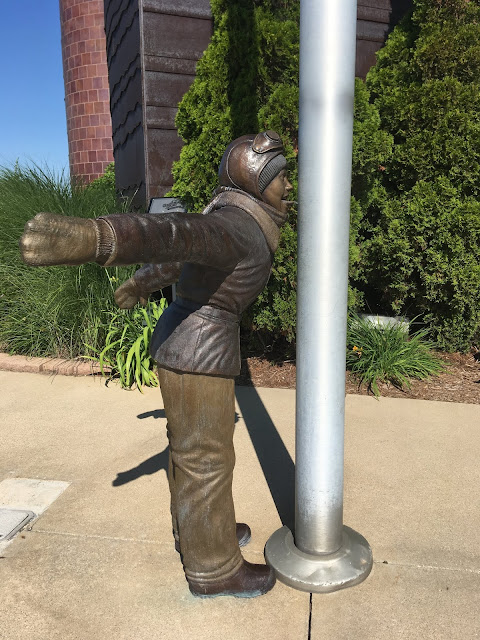 Even Walmarts were off limit for staying at around the Chicago area.  It wasn't until into Indiana we were free to stay at one.  That evening I was treated to a big fireworks display off in the distance with a fantastic grand finale.  It wasn't even the 4th of July yet.  I can't imagine what that celebration would be like.  People here are big on their fireworks with massive huge warehouses selling the stuff.


The next Walmart I was treated to a drum and dance group practice in the parking lot at 10pm.  It was okay; it wasn't like I could sleep anyway being so hot and humid.  They were real good too. 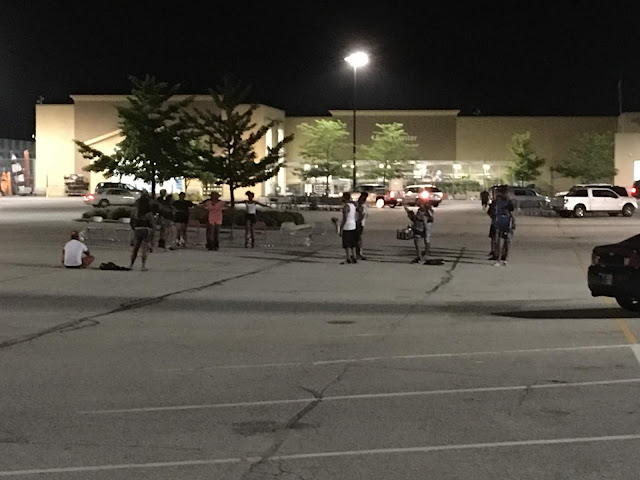 There was a string of days of hot weather.  I tried to find someplace cooler to go but couldn't.  I pulled up a weather map of the US online.  The entire country from the Rockies to the Atlantic coast was in the 90's with 70% humidity!  There was no escape.  We did the best we could to survive.

Once you escape the treadmill of the working week it's easy to forget about the pleasures of the daily commute to work. Lucky for cats that they don't have to participate in that circus.