We had been following along the Ohio River on the West Virginia side and every once in awhile I could see a boat pushing barges along the river.  I wanted to watch this but there was nowhere to stop. 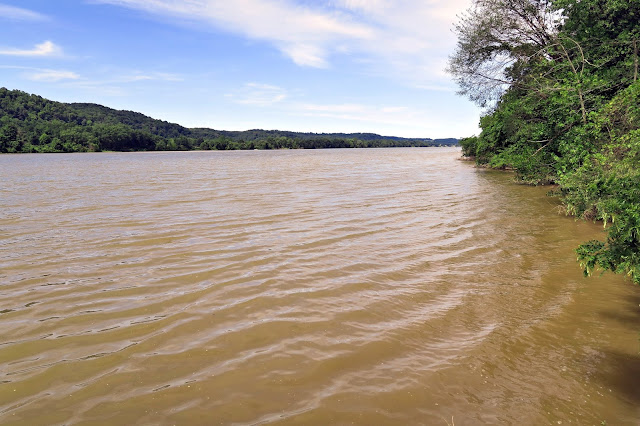 Finally I found the Ohio River National Wildlife Refuge and stopped in there.  I was tired, laid down, fell asleep and missed two barges going by.  I waited for another but it began to get late and we needed to get to our spot for the night.  Then on the way out I saw it. 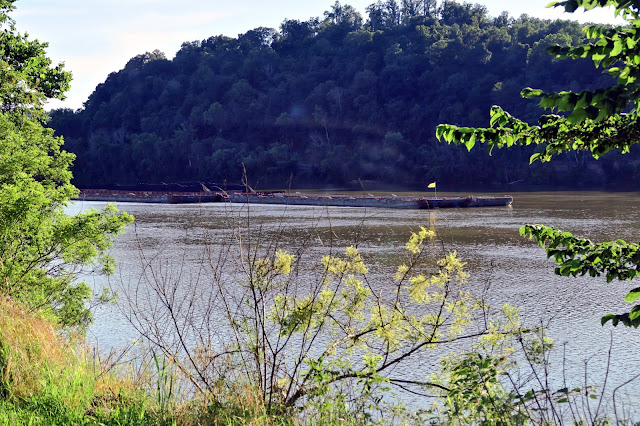 This collection was five barges long and three wide.  It is amazing they can maneuver these around the twists and turns of the river.  That is coal they are transporting.  He is going upstream too.  Incrediable  that boat can churn out that much power to overcome the current pushing that load. 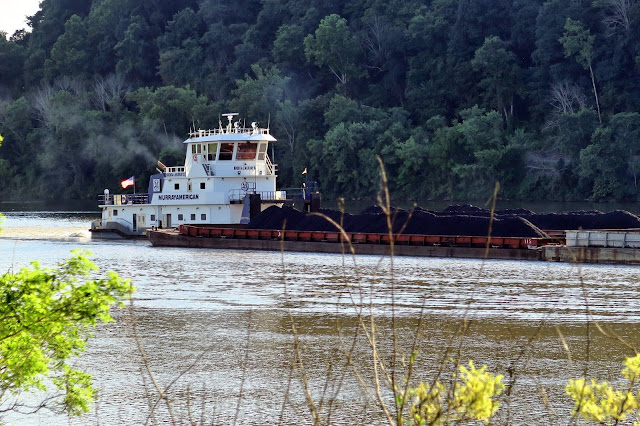 On the way was this memorial marker.  Asinty.  I like that name. 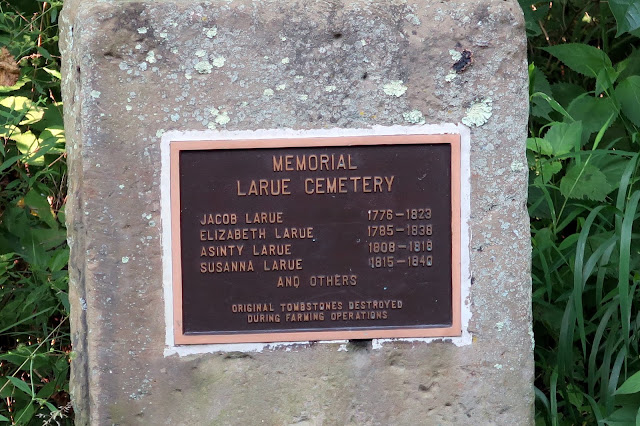 Back in there somewhere are the graves.  This island is 235 acres large, had been cleared and used for farming for over 100 years.  In 1995 it became a preserve and restoration began to replace all the hardwoods that had been removed. 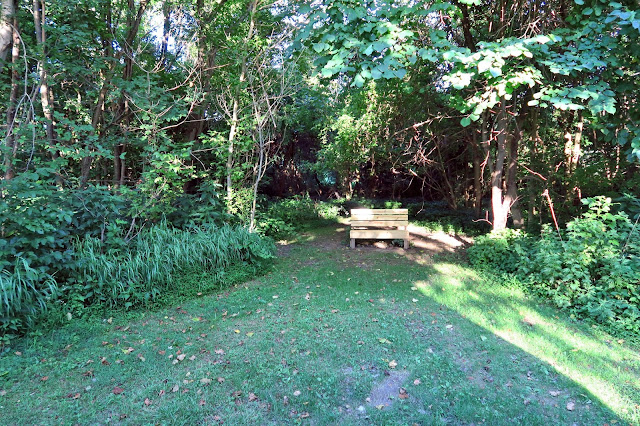 Claire was having fits thinking we were driving in the middle of the Ohio River. 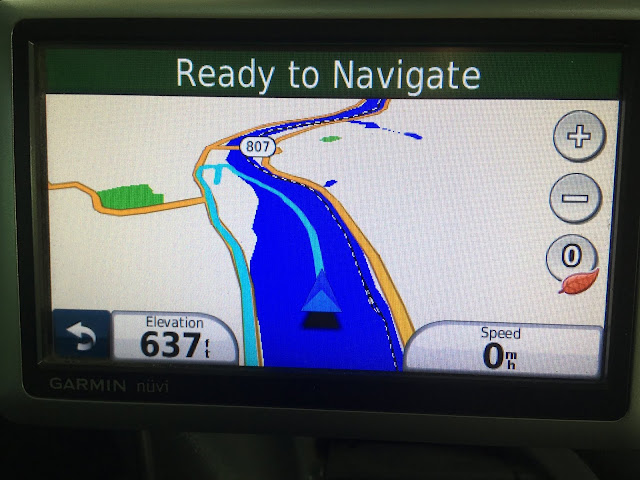 I have read about small towns sharing their Main street with the railroad.
Here in St. Marys, West Virginia I found one.
Can you imagine a freight train coming down this street? 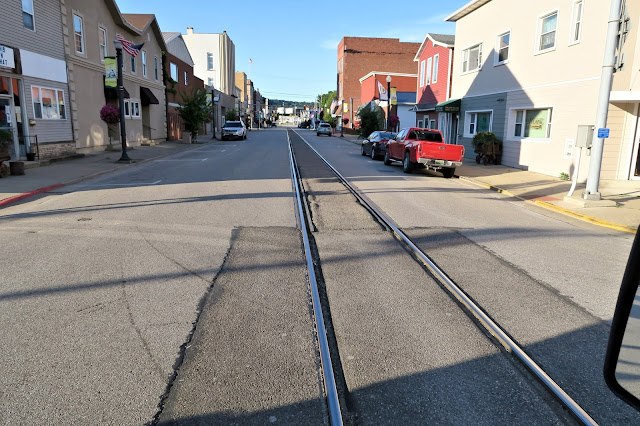 I bet it shakes the walls, rattles the windows and rearranges nick nacks on shelves. 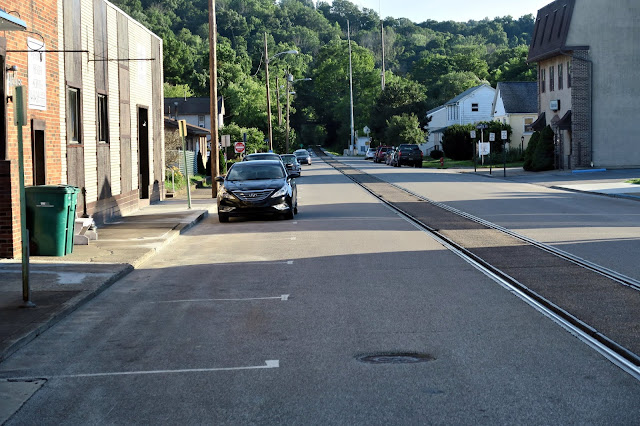 Seem to remember West Lafayette has a railway going through it