The Fourth Of July I Won't Forget

All week was that dreadful heatwave, a high pressure dome sitting over the eastern half of the US like being in a pressure cooker.  It was just plain survival mode for us.  We found this little roadside park, shade and slight breeze.  It was our best option so we spent the day there, the 3rd of July.
Beans liked this place. 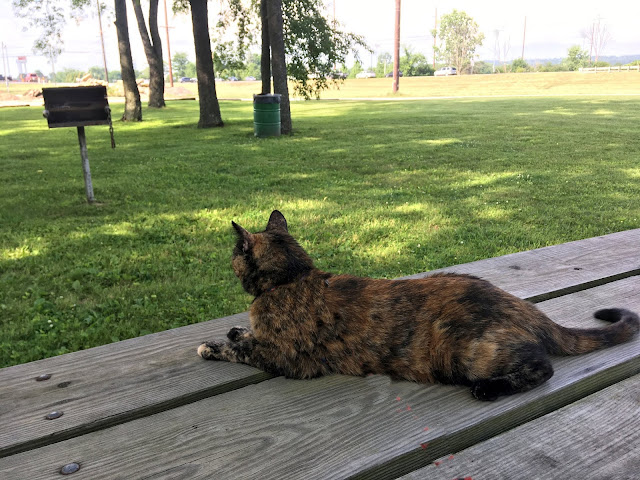 Look at me Dad.
I didn't think she could jump up to that second level of blocks.
Not a problem. 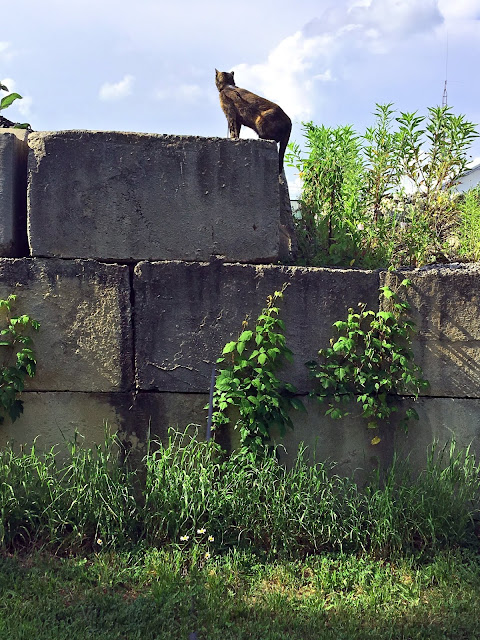 So you know you are old when you go to swing on a swing set and get nauseated.
Ooo boy, that was not a good idea. 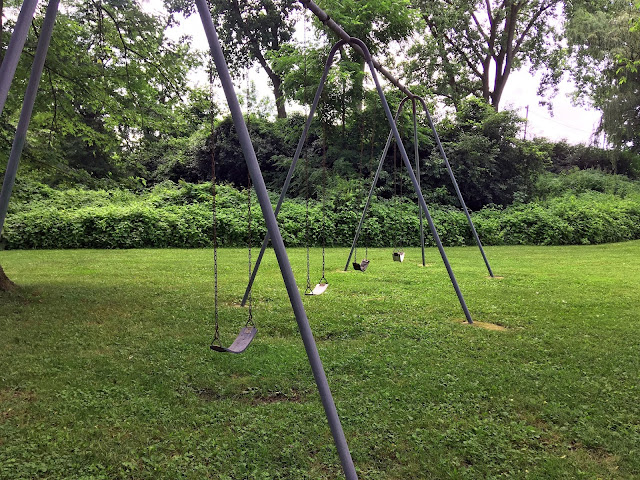 Come the 4th of July and I am feeling poorly.  The heat and humidity has finally broke me.  I was nauseous and had this annoying little headache that would not go away.  Three time I had to stop driving, lay down and fell asleep for an hour each time.  Finally we arrived in Tridelphia, West Virginia.  The scorching sun was blocked by towering storm clouds.  Relief! 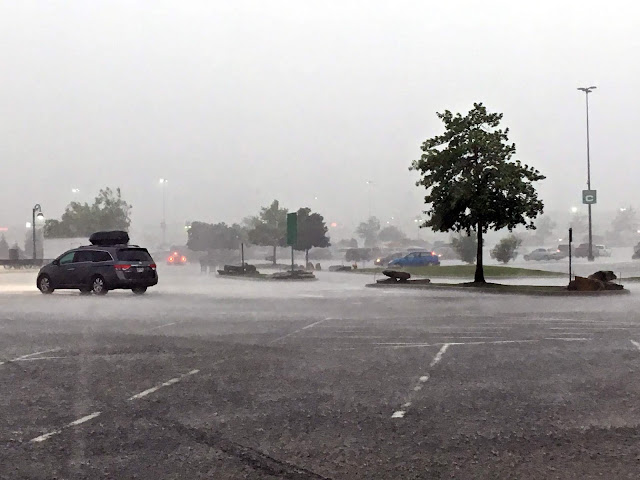 Then it began to rain.  I stood out in the rain feeling better than I had all day long.
The storm passed, the skies cleared and I began to not feel too good once again.
We stayed in that Cabela's parking lot two days as Tridelphia was the coolest spot around (still in the 90's) and had a good breeze blowing most of the time which helped. The second day I only felt half as bad.  By the weekend the temperatures and humidity dropped and I felt I was going to live.
Maybe I should give that swing set another try. 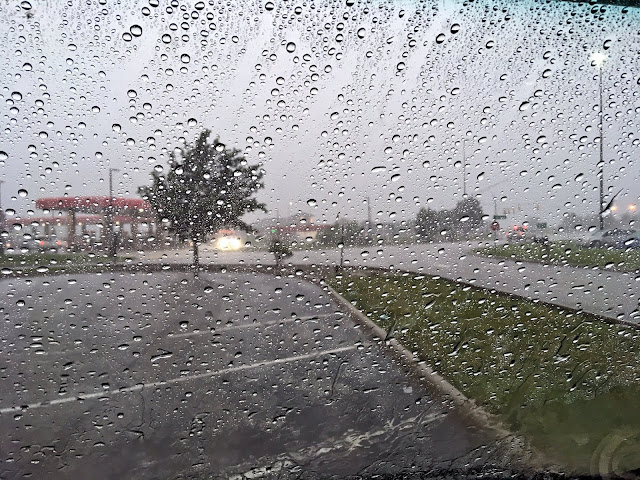 One day the self check-out registers went down in this Walmart.  People got mad and just walked out leaving their full shopping carts behind.  There were a bunch more filled carts in the ladies clothing across the aisle.  I thought it funny.  Patience people!
This other guy and I waited for a few minutes and they got things going again. 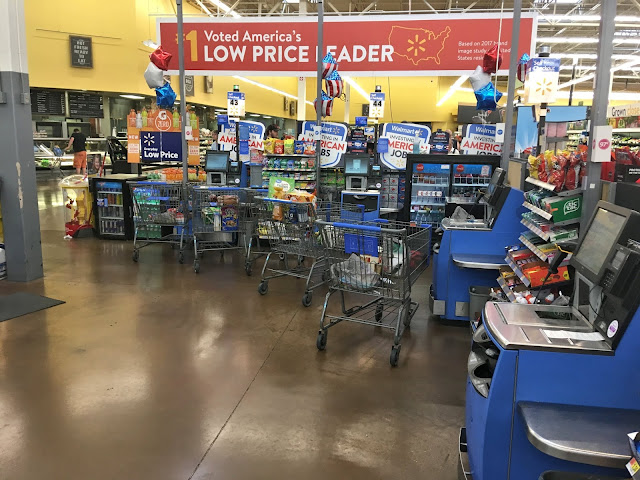 How would you like to step on this fellow?  He was about two inches long. 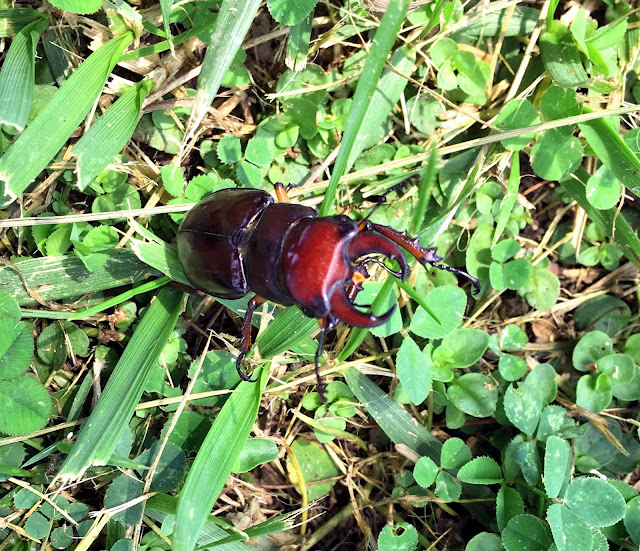 Man, I've been there, John. Those darned headaches....I've often felt they were aggravated by the pressure of an oncoming storm and felt them ease up as the storm passed through. Don't know if the barometric pressure has anything to do with it or not, just my inklings. Hope you're feeling better and the humidity is lifting for your journey. It definitely has been a humid month and is getting there again for us in NC.