The question came up in a few posts back "Are those trees dead?"
Unfortunately, yes.  Those gray looking trees are no longer alive.
The Mountain Pine Beetle is the cause of their death.
Notice the few dead ones in the foreground. 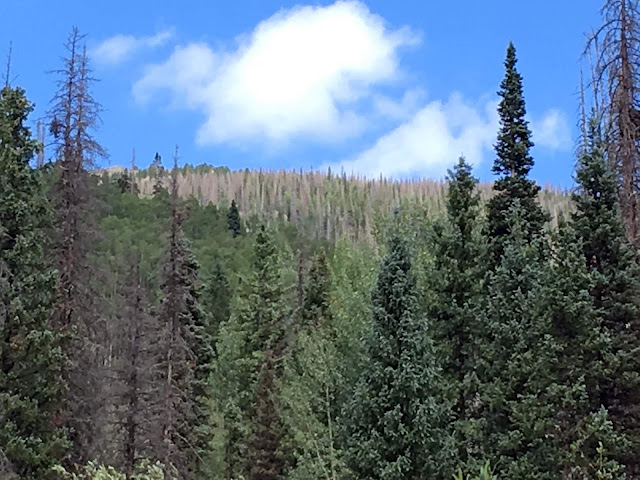 The beetle inhabits ponderosa, lodgepole, whitebark, Scotch, jack pine and limber pine trees.
What is not green in this image is dead. 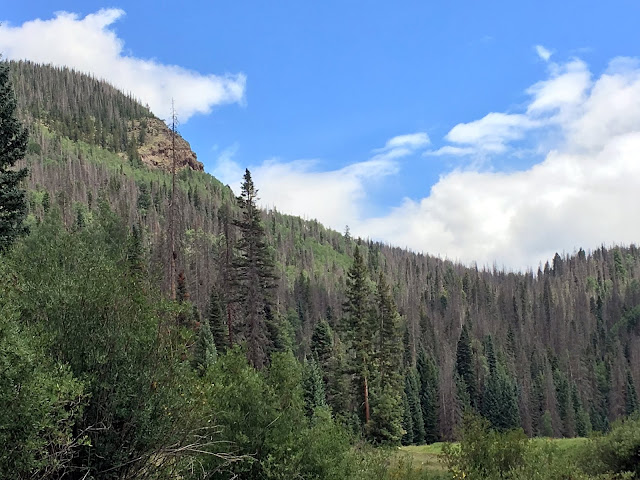 Normally the beetle plays an important role in attacking old or weakened trees.  But since 1996 unusually hot and dry summers, and mild winters have sparked an epidemic of beetle destruction. 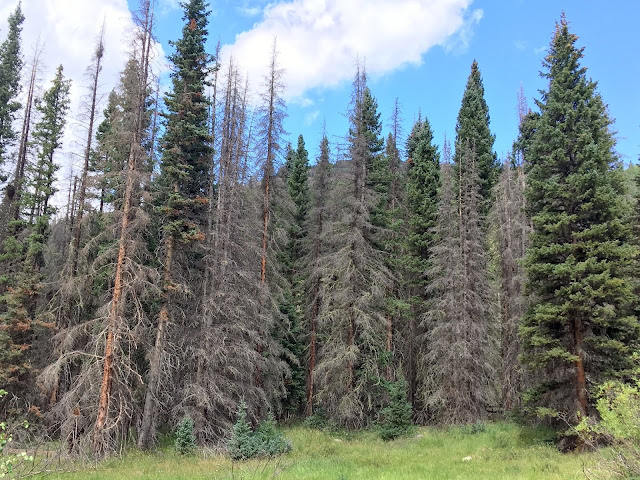 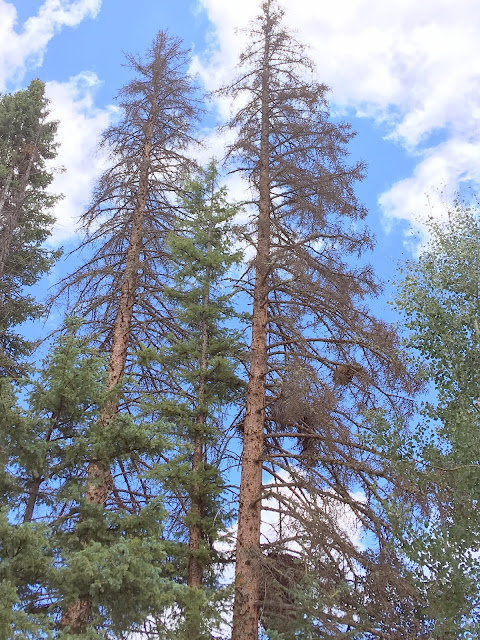 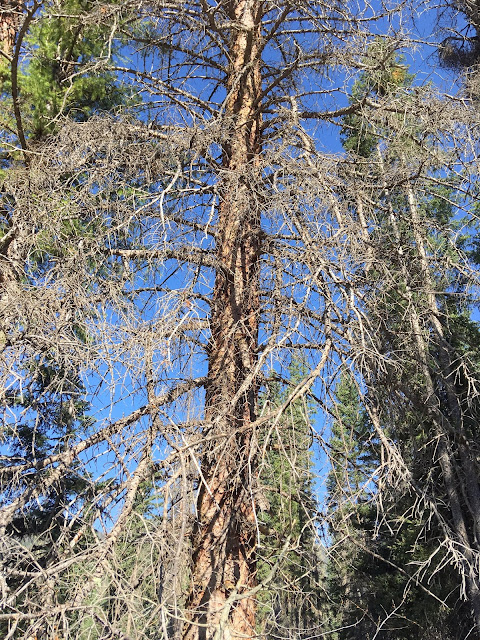 This is the little culprit.

How sad to see all those dead trees. I looked this beetle up via the internet. It's causing so much destruction of forests throughout the western states and Canada. The warmer climate is encouraging the spread of its habitat, encouraging it to attack young healthy trees instead of just the older weaker trees. A growing problem.

And some people think there is no climate change.