That evening there was a whopper of a storm south of us.  It was a constant barrage of lightning flashes for awhile there, very entertaining.  We only got a smattering of rain and a few gusty winds.
I drove on down to the river for breakfast before heading back south.  This is where the Paria River meets the Colorado River.  The Paria is all that brown muddy water.  The Colorado is clear due to the dam not far north of this point.
Notice the heron. 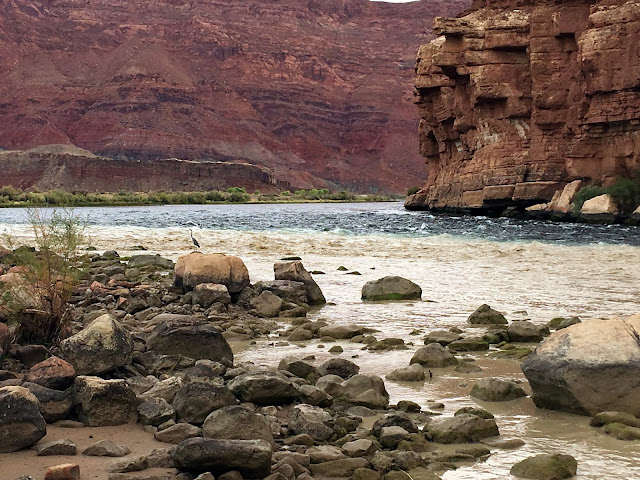 This is the first rapid that boaters encounter once they put in at Lees Ferry.
They refer to it as a "riffle" rather than a rapid. 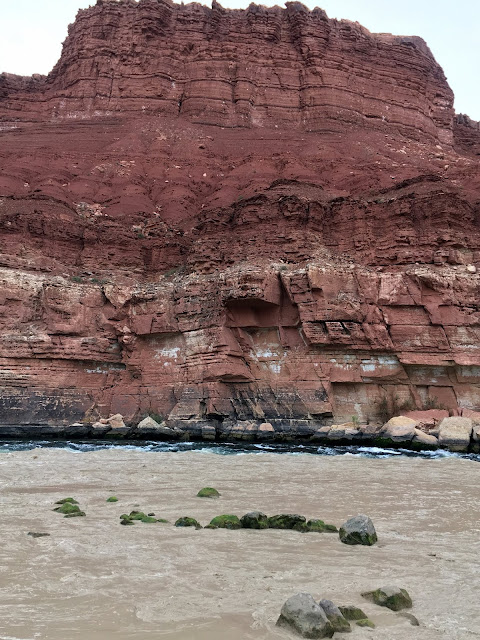 Soon after we got onto Highway 89 south there was a warning sign.  The storm had flash-flooded away a portion of the highway right where we were going to turn off to go back to the Grand Canyon.  All north and south bound traffic was to take Highway 160 east...a 190 mile long detour to or from Flagstaff.
Well Beans, I guess we aren't going to the Grand Canyon after all. 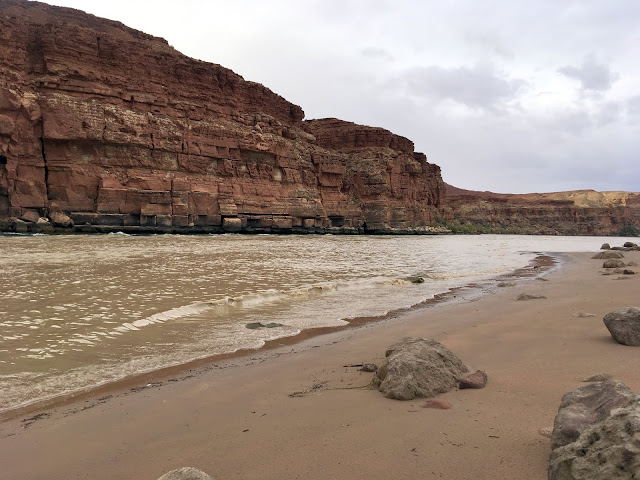 This would prove to be a scenic drive through Navajo/Hope reservation land, only it didn't turn out to be quite that pleasant.  People were pissed about this detour and were driving with rage.  A two lane desert highway, no shoulder, and they are crossing over double yellow lines passing one another.  Same with those going north that had to drive an extra 58 miles east from Flagstaff before even starting north.  It was insanity.  The worse of the careless drivers taking unnecessary unsafe chances....California plates.
We stopped at noon for a night at the Hopi Cultural Center in Second Mesa.  I had had enough of this madness for one day and seen too many close calls for comfort.
It would be truly a miracle if no head-on occurred that day. 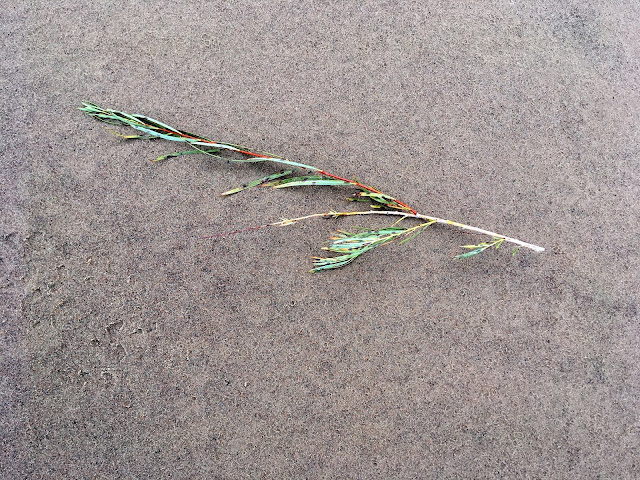 Two hours later after writing up the above three police cars sirens wailing sped by heading west.  Thirty minutes later an ambulance with its siren screaming came back in from the west.  I can only hope the idiot just took himself out and no innocents were involved.