The month of January there is a big RV show in Quartzsite, Arizona.  Usually I am not near any of this but this year I am.  I'm curious by nature.  There are three big dealers here who have driven in hundreds of RVs from Yuma, Phoenix and wherever else for this show. 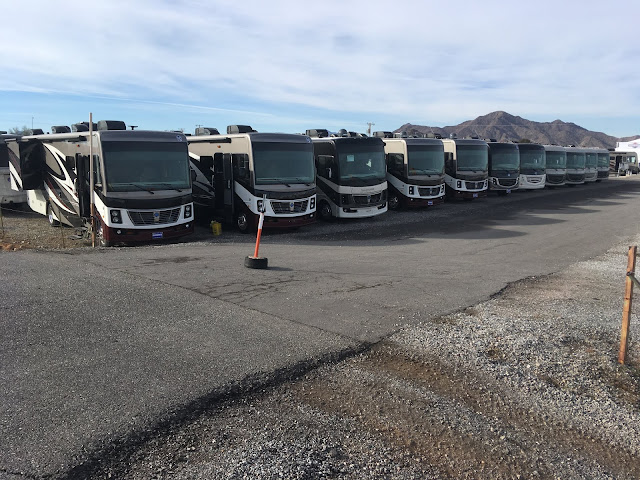 I talked with two of the dealers salesman, curious as to how many units they sell making the effort of driving all these RVs here in the first place worthwhile.  One told me they sell about 180 units and take in 80 in trade-ins and have 40 salesman on the grounds.  The other place said they sell "around 200 with 70% of that figure trade-ins". 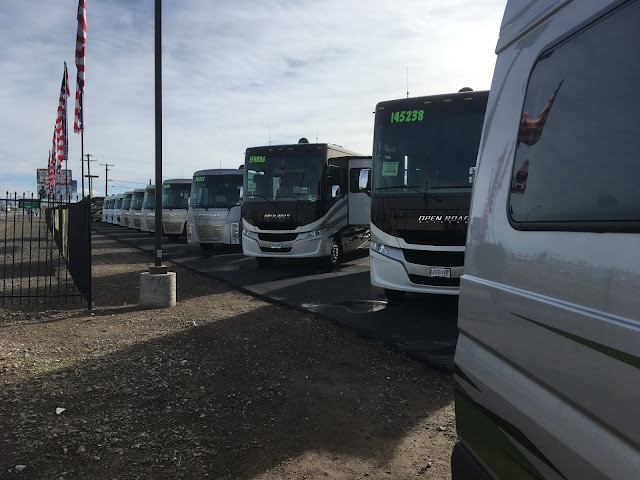 I had no idea.  Evidently people come in from miles around as the best deals can be had during this show.  You can see the prices on some of those big RVs above, well this little four-wheel drive van alone is $112,543. 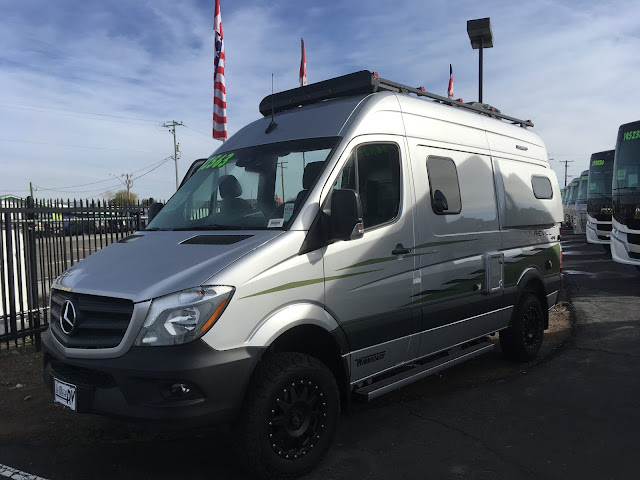 There is not much room inside.  I looked at trailers, fifth-wheels, small RVs and monster RVs.

I grew to appreciate and love what I have all that much more.