I had several things I needed to do in town one day last week and laundry was one of them.  Always a pleasure.  There were three in town to choose from and this one was located close to the other places I had to go to.  I walked inside with an armload of dirty clothes and my bag full of quarters. 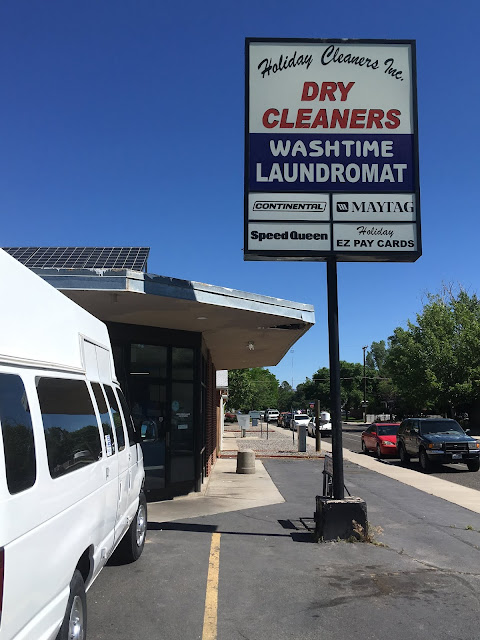 Now I was aware of card machine laundromats but had never been in one until this time.  My quarters were useless.  Knowing it was $2.50 for a load I went back out to the RV and dug out three one dollar bills.  Back inside the machine greedily ate my money and the display showed the card had $2.25 of credit.  I had lost 75 cents due to a "card fee".   Back outside I went for another dollar bill.
Grrr! 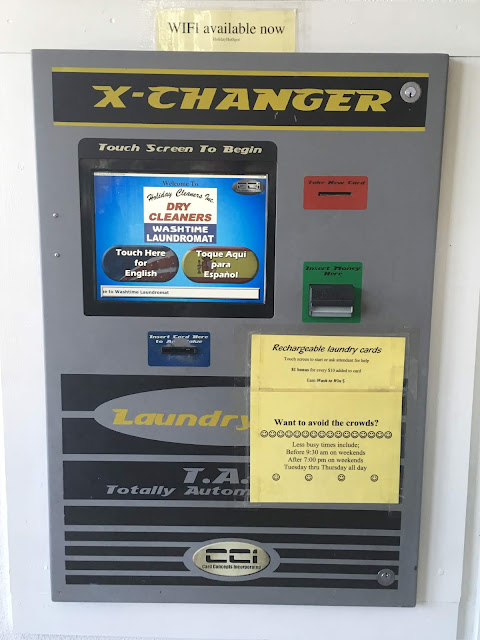 I had now invested $4.00 in a card valued at $3.25 plus I gained an attitude. There was no refund option.  Also there was no one to complain to either as I had ideas as to where to insert this card. 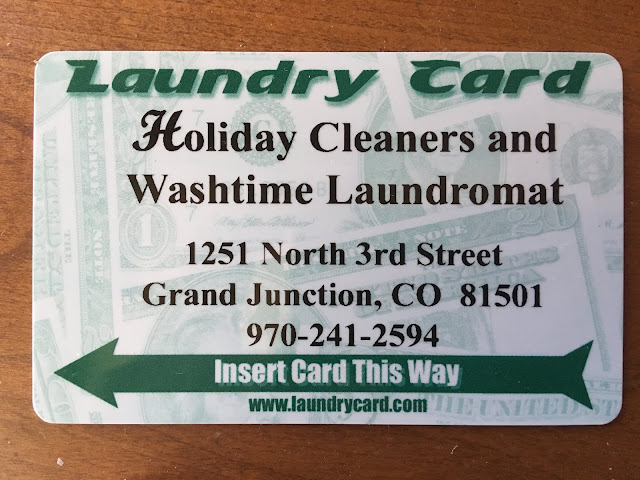 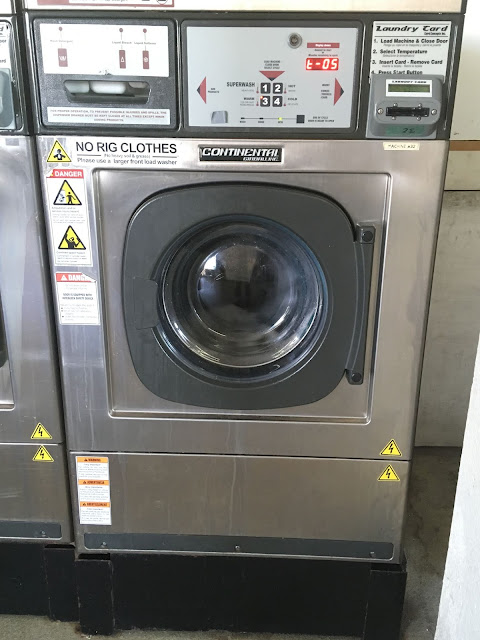 No, I didn't trust it nor what I was doing but it worked.
Sweet relief when I heard the sound of water filling the tub. 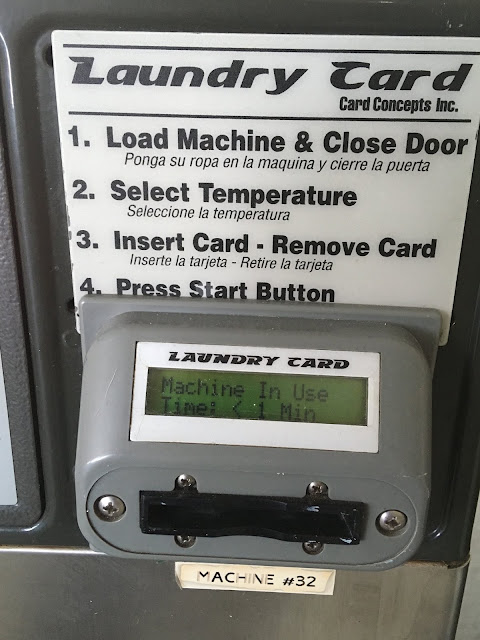 The only good thing about laundromats is when you drive away from them.