Ever since I found those crystals and other pretty rocks over the winter in Quartzite they've just been rolling around on my table.  I've been wanting something to put them in.  I've looked at Walmart, dollar stores, even online thinking a jewelry box from Amazon.  In Grand Junction between Walmart and Lowes was a Hobby Lobby store.  I'll give them a try.  The lady took me over where I had  several options for clear plastic cases.  These looked great.  Five little round cases.  I bought them. 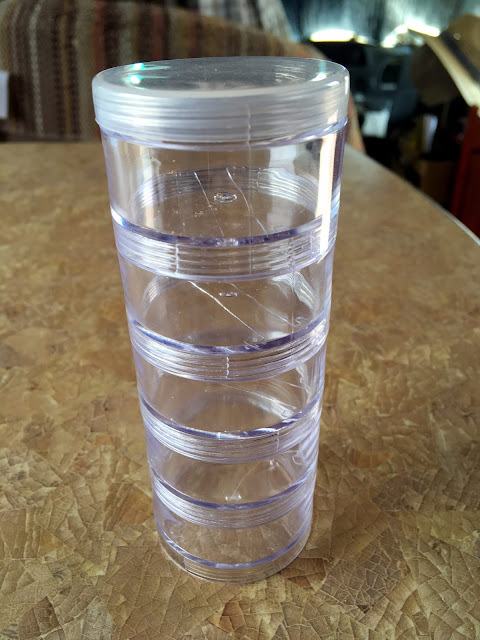 At the end of the day back at camp I removed the plastic wrapper and you can imagine my disappointment in seeing only one cap!  The cases themselves serve as a lid for the other four.
That's NOT what I wanted!  Can't anything ever go right for me? 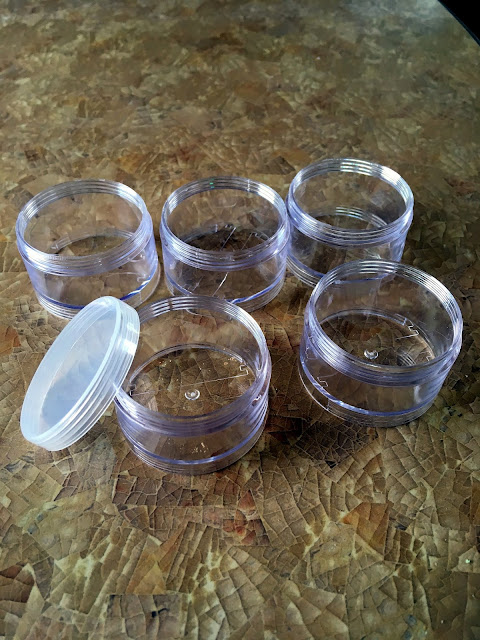 I went ahead and put my rocks in them the way they were intended figuring I'll find something else somewhere, someday.  It was only $2.99 plus tax. 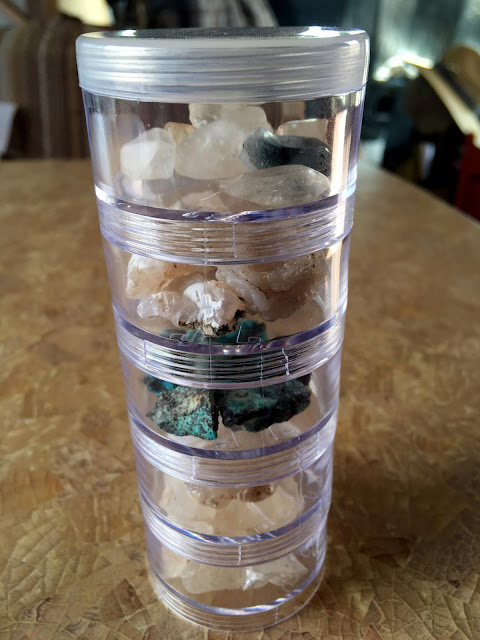 After awhile, I kind of liked it.
I can show off the lot all at once.
Plus its better than having five cases for Beans to knock off the table.

Naw, she wouldn't do that.  She's really good about not messing around with things.
Now Sinbad on the other hand....