This is my little outdoor stove.  I would use it more often except the wind is bothersome with the heat.  Same too when I use the Dutch Oven.  I have a little windscreen for backpacking I use sometimes.  I was going to set it up for a photo but you think I could find it?  Grrr...  Anyway, I saw on a video a guy set up a large three panel wind shield for his stove and he got it right here in Quartzsite...somewhere, he didn't say where.  I searched the vendors here.  Nothing.  I got online and none could be had.  What to do?  Well, I'll just make my own!  I saw some online that were similar for around $30 but they were multi-fold up panels. I wanted a more ridged three panel arrangement.  I planned to go to the hardware store and see if they had some aluminum around 18x12 which would fit the table nicely. 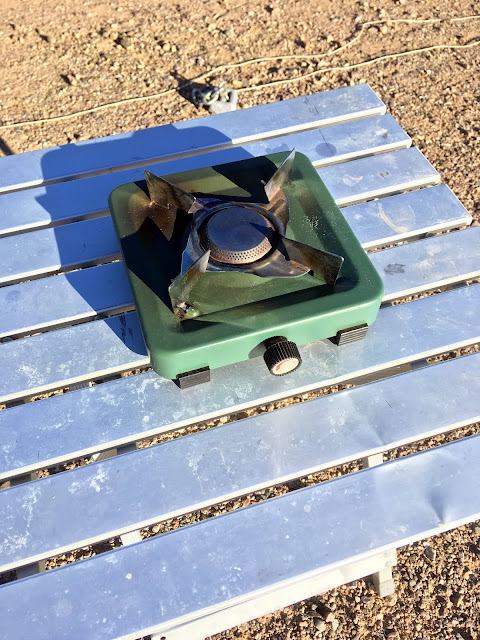 One day I was walking through a vendor's tent that sells mostly kitchen and cooking items.  I saw this stack of cookie sheets.  Hmm...that just might work.  They were priced $4 each.  I asked the guy if he'd take $10 for three.  "Sure. I was watching you over there.  Figured you were coming up with some use for them besides cooking cookies."  I told him what my idea was.  Hey, its fun to haggle. 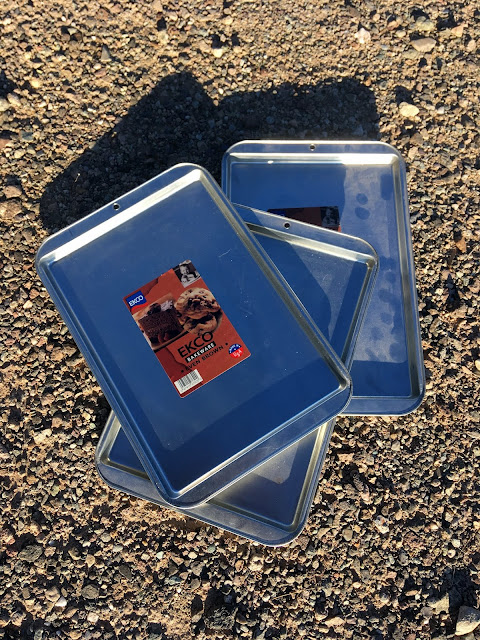 Back at camp I learned why there was a stack of them and only $4 each.  You need a blow torch to remove those stickers.  Not kidding.  I soaked them in water, gasoline, carburetor cleaner, some cleaning stuff I have that will remove everything imaginable.  The stickers are still stuck on there.  And I thought cutting through that shackle on the lock was hard!
I may get some WD-40 or just maybe forget it.  They will still deflect wind with stickers left on.
I can just imagine all the pissed off housewives sending e-mails to the EKCO company.

Yes, this will work out nicely. 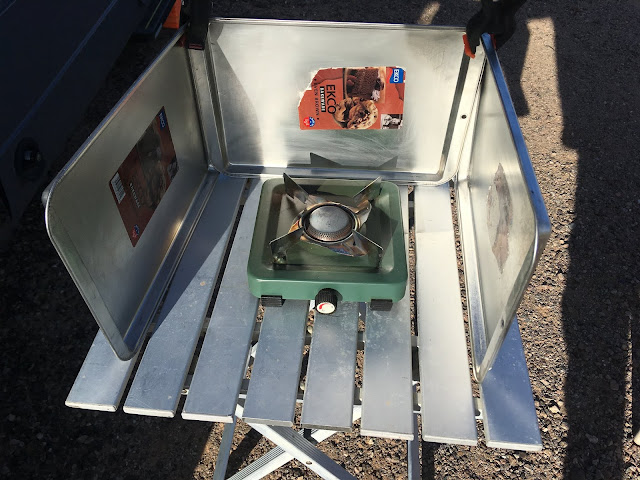