We Got Ran Off

Some people from California moved in somewhat near us late last week.  They had a generator.  It wasn't a loud obnoxious one but it was there and was annoying.  I'd wake up in the morning to this incessant humming noise.  Went to bed at night same way.  But when they drove off the second day and left the damn thing going, that was it.  Enough!  I packed up and this time moved over to Tyson Wash across the highway about three miles distant.  The funny thing was that for the four months at the original camp area I had grown accustom to the constant distant noise of camper traffic going back and forth on the gravel road for the water, trash and dump area.  Here at our new spot it is so quiet, I had forgotten how quiet it can and should be.  My only two visible neighbors have solar panels on their roofs.  Always a good sign. 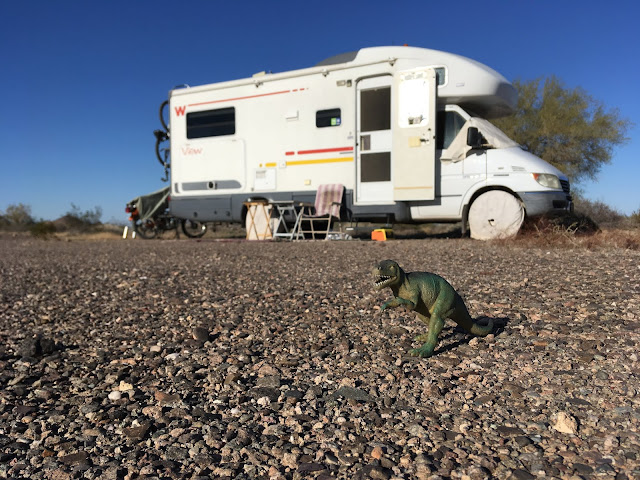 I liked where we were before and probably would stay there again next year.  Only now in January the Big Tent and RV show is going on in town and lots of people are rolling in.  Best to move out across the highway before Christmas in the future. 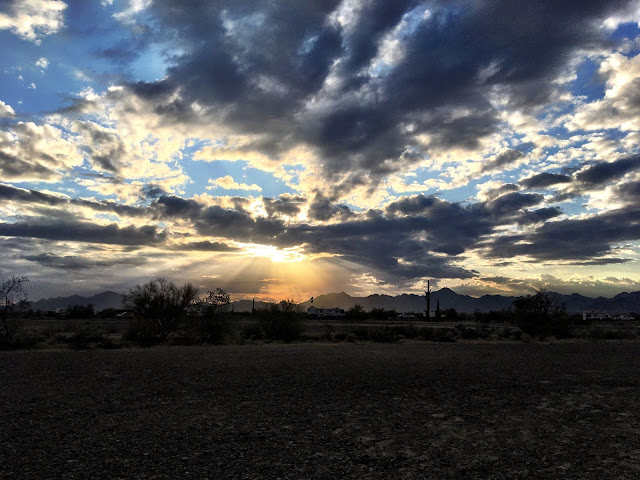