More Education on the Road

The next day I decided it best to fill up the propane tank before setting off into the boonies for another camp.  In Bend, OR. I stopped for a few food items at the Fred Meyer grocery store which had propane at their filling station.  That was handy.

You are supposed to have all your appliances inside turned off when filling the propane tank.  Many times I am asked this but many more times I have not been asked. 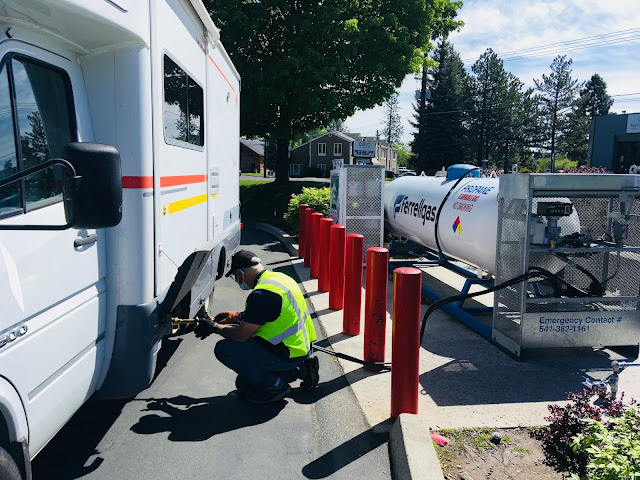 This guy asked me if there was anyone inside.
“No, just my pussycat” I replied then added “Is that an Oregon thing?”
The man shot back “It’s a Federal Law.  I cannot refill the tank with anyone inside the unit.”

Now I have had this motor home since 2007 and have had the propane tank filled countless times.  Not once have I ever been asked if there were people inside.

As he was filling the tank I mentioned this fact then said “But you didn’t ask me if I had the appliances turned off”.
“Well it will just blow up then won’t it?” He said.
“Taking you and me along with it too. I’d think you would be concerned about your own wellbeing more so than anyone being inside.”
He gave up on me and didn’t say anymore.

Smart ass out of state travelers!