This is about the best view I can get for the three peaks this area is named after. 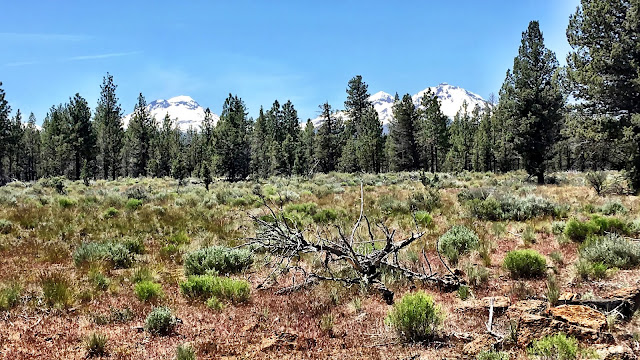 They are volcanic peaks all three over 10,000 feet (3000 m) in elevation, the third, fourth and fifth highest peaks in Oregon.  North Sister and Middle Sister last erupted over 14,000 years ago and are unlikely to erupt again.  But the unruly South Sister last erupted 2000 years ago and could erupt again, threatening life in the region.  Tectonic uplift was detected in 2000. 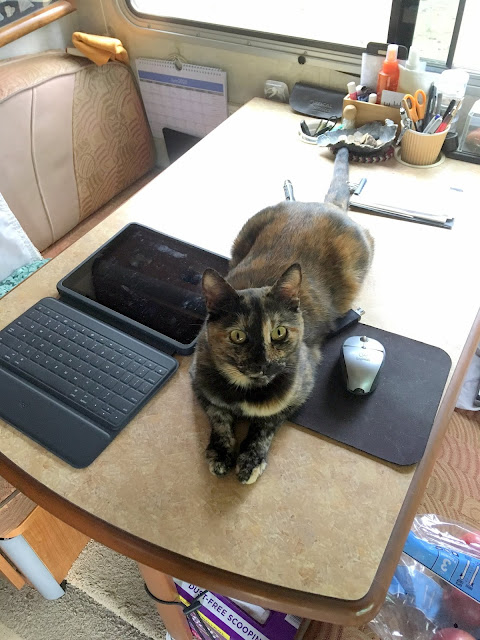 And the cat and the mouse shall both lie down together...

Beautiful - both cat and peaks.

Good one John. I hadn’t caught that in the photo.