It has been cold in the mornings.  I braved going outside only so that I could walk around to the back and stand in the sun.  Doing so I got to looking at these little foil packets scattered about by the wind.  They had been bothering me since we arrived.  Upon closer inspection there were from video game cards whatever they are. I knew where they came from.  Off up the hill behind us was a pile of crap left behind by some dirtbag.  It appears it had been there since this time last year at least.  Besides other paper items of trash were two pairs of jeans, a pair of short pants, a heavy coat of some type that may have been insulated, two KISS cd’s, headphones, and a syringe. You can well imagine.  I’ve come across this sort of thing in other places.  It just befuddles me that these losers have so little to begin with and when they move on they leave their clothing and possessions behind.  So with something do to keep warm in the sun I got my grabber tongs and started picking up those foil packets and other bits of trash putting it all into a couple of piles.  My plan was to burn it in the nice fire ring at camp. 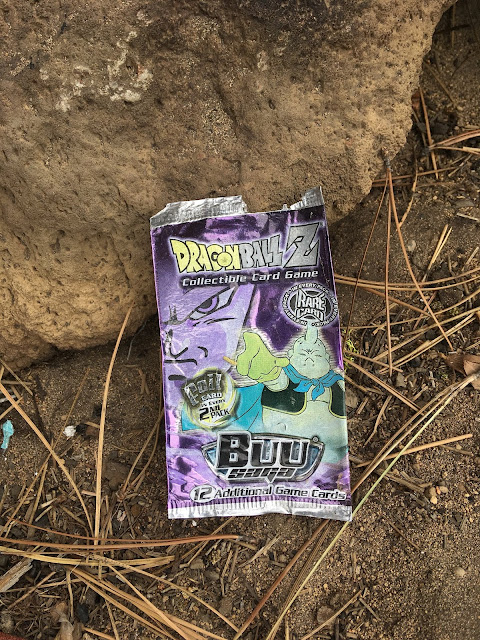 I went back to the RV and got a large paper bag and with my gloves on scooped up the piles into the bag.  Back at the fire ring I dumped the lot in the pit, added my own trash and topped it off with some pine needles and bits of wood debris from wood chopping by previous campers. I lit my paper plates and everything started burning nicely including what must have been nearly a hundred of those Pokémon game card wrappers. Much to my surprise the wrappers melted away like plastic, not foil like I thought.  The fire was going good.  I wondered about all that other stuff up the hill.  Would those clothes burn?  Making three trips I gathered it all up (wearing my gloves).  I set a pair of jeans on the fire. They started to burn. Then added another pair, the shorts, a gym bag, the jacket, KISS cd’s, headphones...everything,  it all went up in a dense cloud of black toxic smoke that blew right into the RV.  Damn, should have shut the door!   The entire camp spot looks much better now. 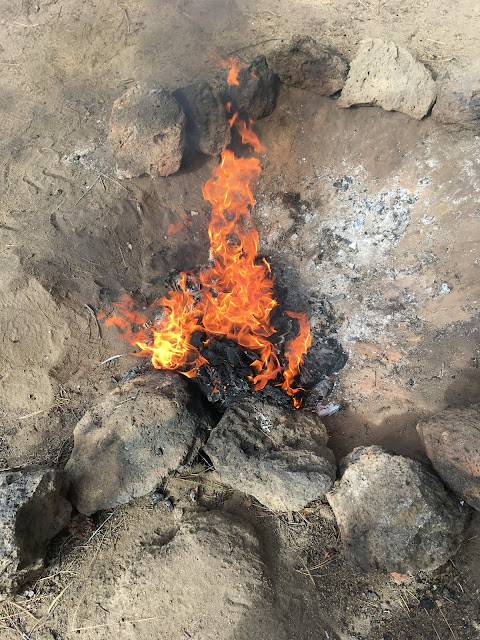