Well they most all are good days, but this one was exceptional.

The water pump for the RV faucets has been an issue for a few years.  It would run sometimes up to a half a minute or so just to build up pressure when I turned on a faucet.  Other times it would work fine.  Then recently a couple of days ago the pump ran for over a minute or so, not shutting off.  Something needed to be done.  No more ignoring the issue.  A whole new assembly runs close to a $100.  You can get parts to rebuild the pump part alone (the black portion) but I was unsure as to what part inside was in need of replacing.  This pump is dated 2005 and installed 2006. Things don't last forever you know, but at least the motor is good.  It is tight quarters under the closet.  It is blurry too as you can see.  So I had to wear my reading glasses.  My main concern was water going everywhere when I disconnected the two white water lines. 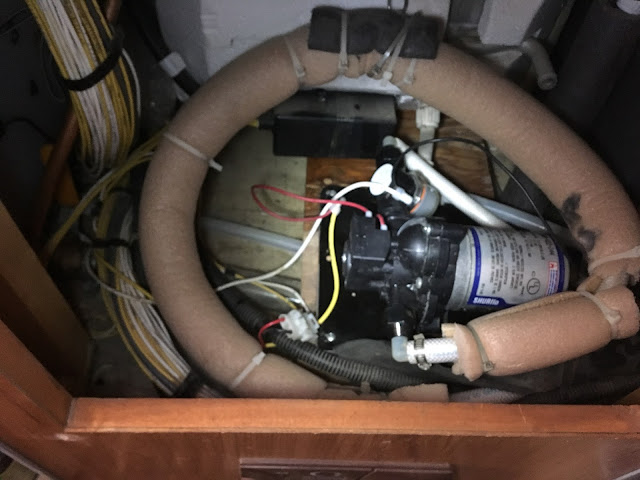 I removed the four screws holding the entire assembly to the floor where I could lift it up a bit and solved half the problem by placing a coffee canister under incoming line and disconnected it. 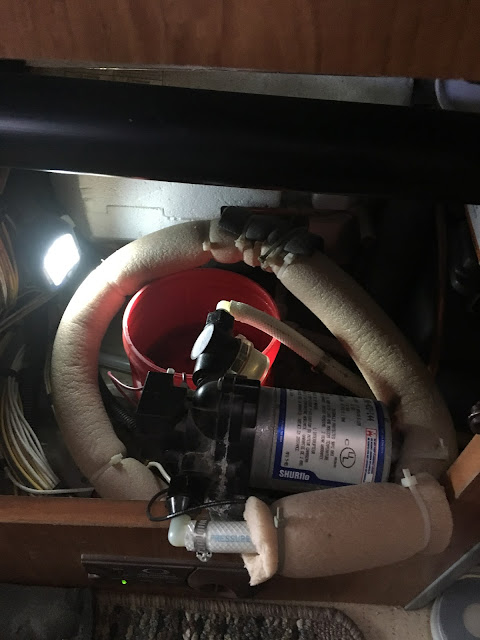 With that line disconnected I was able to bring out the whole assembly into a basin and remove the output line.  Keeping the ends of both lines up higher than the water tank prevented water from flowing out.  Archimedes principal here.  Learned that in school.
(Still waiting for a need to use algebra though)
Here I have the pump removed from the motor and disassembled.
Nice to have supervisor Beans helping with the project. 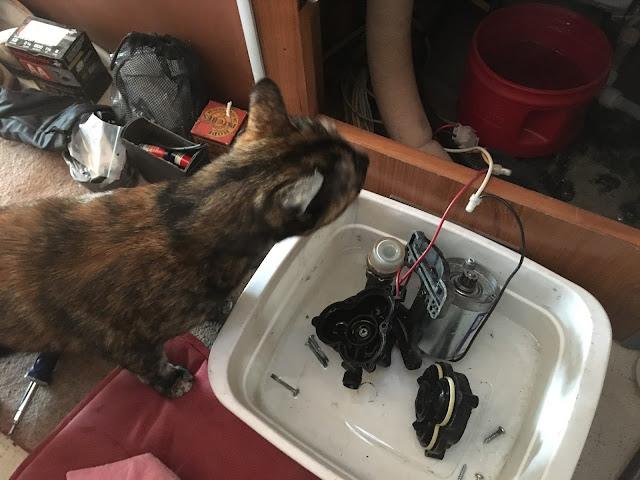 The diaphragms looked good and nothing appeared to be broken or worn out.  Sometimes debris gets into the works but I saw nothing.  Even the filter (the little white jobber in the upper left) was clear and clean.  The only thing I saw was a lot of fine black granules in that center circle.  I cleaned it out with a toothbrush.  Well gee, now what?
I put it all back together and hoped for something of an improvement. 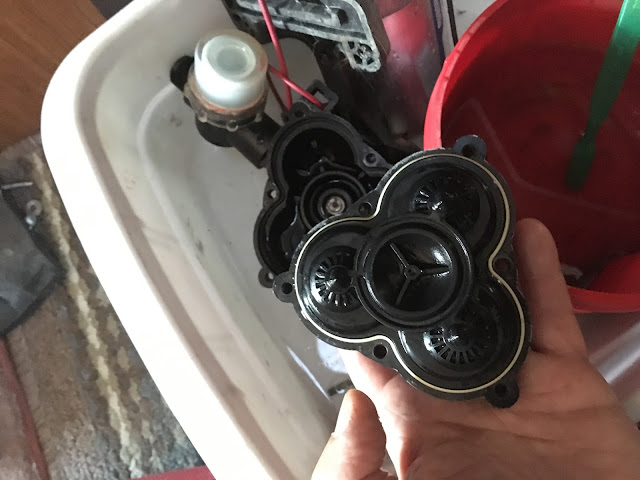 With everything reassembled and the pump back in place I flipped the switch for the pump.  It ran for the usual long time pumping water back into the lines and then finally shut off.  Normal and good.  I ran the faucet in the sink.  Wow!  I had good flow, not the usual dribble.  The pump shut off soon after I turned off the faucet.  A good sign.  I opened the faucet again.  Instant flow.  No long run up from the pump. A couple more tests.  YES!!
It was time for inspector Beans to sign off on the job.
It was a GOOD day.  It doesn’t take much to make me happy but this went over and above. 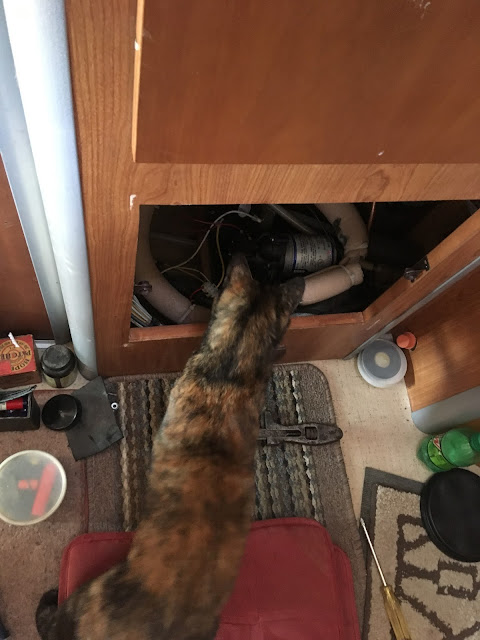 You took up the challenge and can celebrate a success. It's easy to put things off until later, I do it all the time. What a good thing you have Beans to make sure you're doing it right.