Last month I posted about these large caterpillars around camp falling on Beans and I from the tall Ponderosa pines we are camped beneath.  Well not long after they had all disappeared. 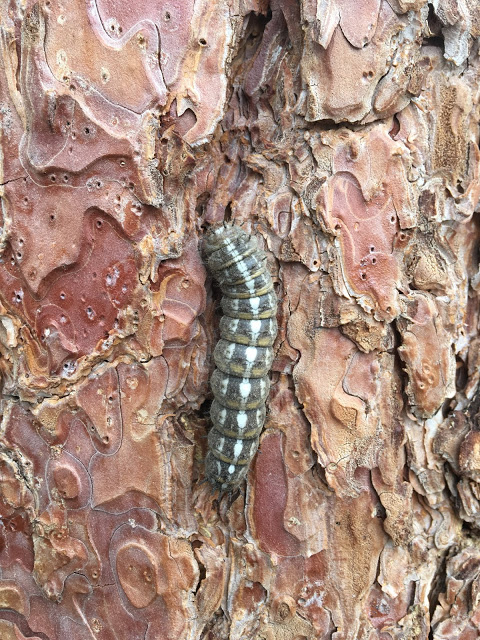 Then one day I found this behind the RV one morning.  Someone had pulled this pupa or chrysalis out from the ground.  This had to be what had happened with all the caterpillars. 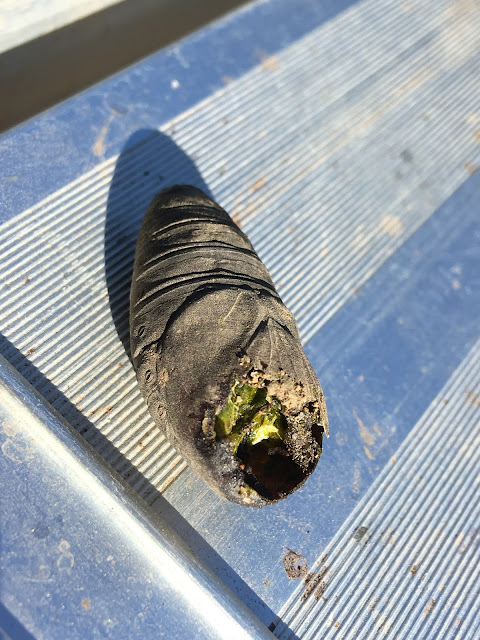 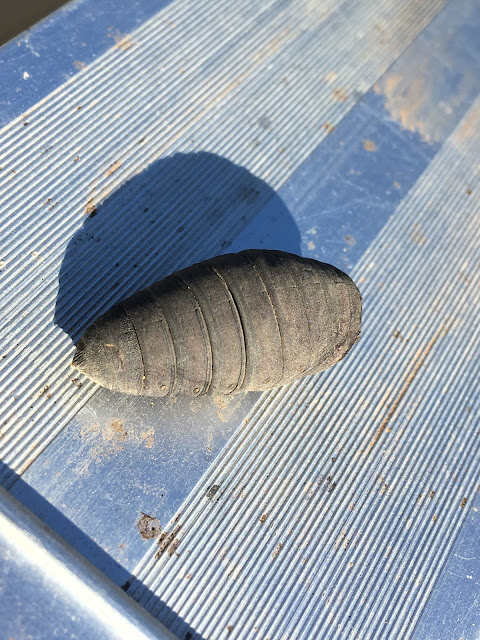 Then I began seeing large clumsy flying insects.  Could they be the moths?
Finally I was able to swat one down and discovered they were not moths but a beetle. 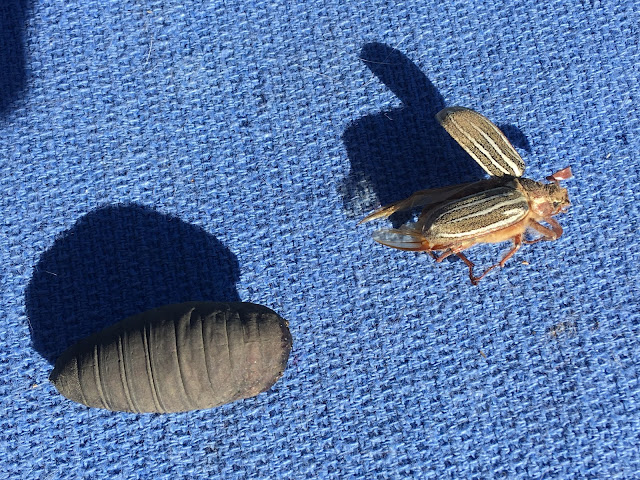 As near as I can determine they are a lined beetle akin to the Ten-lined June beetle which made sense for after all it was the end of June when they began hovering about.  It’s fun to watch the chipmunks chase after them.  Still the question remained, what is with the Pandora Moth itself? 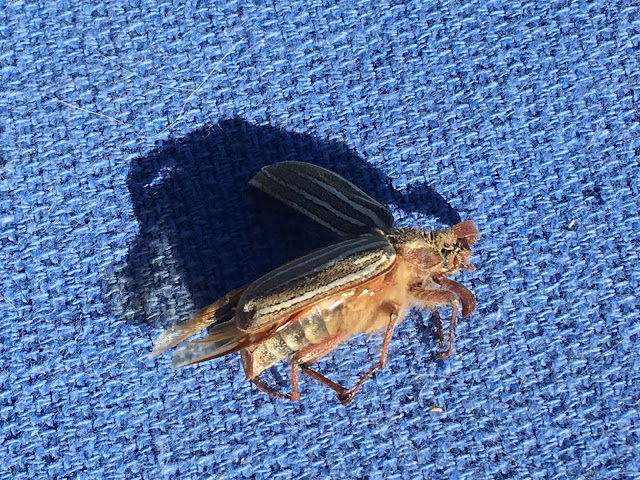 I learned that the pupa remain in the ground for a year (in some areas, 2 to 4 years) before the adult moth emerges.  Also, those caterpillars were collected by Native Americans and stored in trench in the ground.  They are then roasted in fire-heated sand for 30 minutes (how did they know when 30 minutes had elapsed?) allowed to cool then washed where they could be stored in a cool dry place for a year or longer.  All they had to do was drop them in boiling water then eat them has finger food.  The water would be used as a broth for a stew.

Ew...but it sounds tasty in a weird way!