The next morning I got to work on trying to figure out why the slide-out switch wasn't working.  Remember, electrics isn't my strong point.
First thing was to see if any juice was getting to the switch. 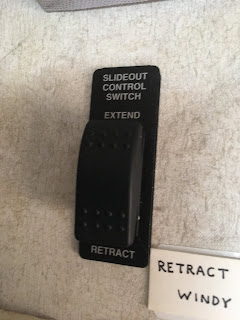 I finally was able to get the switch pulled out and put my test light on it.  It was a very faint glow.  Well that's odd; there's power but very weak.  I thought the slide-out operated from the coach batteries.  I knew they were fine.  I checked the battery in the engine compartment for the truck.  DEAD.  Well there's your problem.  I called the only auto parts store in town Baxter Auto Parts and told them what I needed.  We can have one in at 11 AM  from Bend.  It was just past nine when I called.  That's good.  My plan was to ride Gracie into town to get the battery but the battery is almost two inches longer than the carrier on the motorbike.  That's not going to work.  I would have to drive the RV into town which meant breaking camp and all.  Oh well, what else to I have to do until 11?  In case you are wondering, I can start the RV using the coach batteries by flipping a switch up on the dash, a very nice feature with the Sprinter.  I did this and let the engine run for a half an hour which charged up the battery while I ate breakfast and secured things. 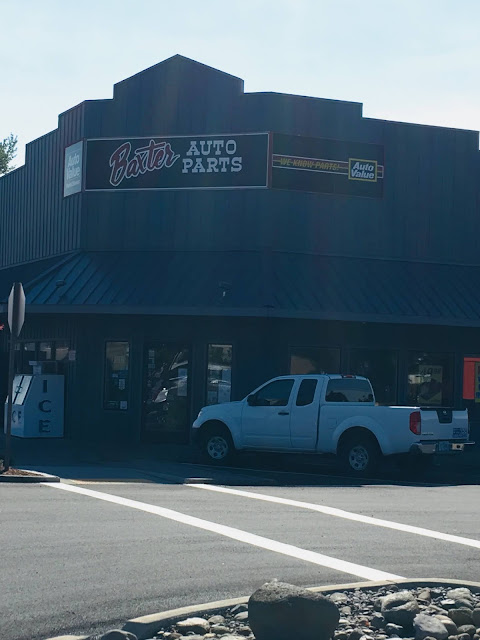 I arrived at the parts store a quarter past 11.  The new battery was waiting for me.  The kid offered me a dolly to carry it out with but I said "I think I can manage.  But I may need you to help me heft the old battery out.  You are younger and stronger than I am."  I got the new battery out to where I parked alongside the store okay.  I wouldn't of wanted to carry it much further than that though. 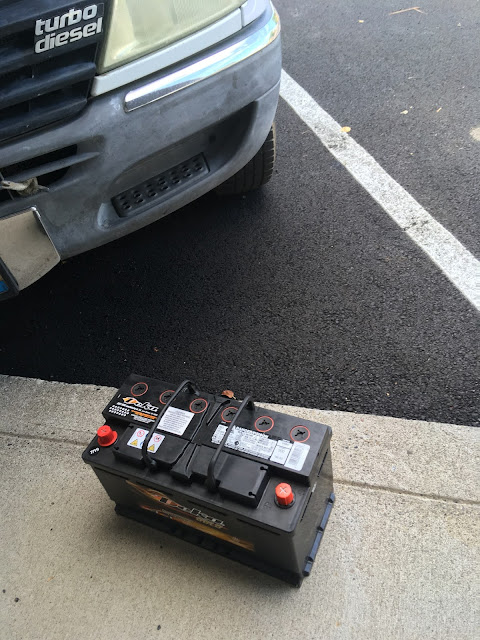 Now to see if I can get this beast out of here.  I surprised myself.  The old man still has it in him.
I got it out and put the new one in place (not secured) then took the old battery back in the store for my core deposit refund of all $18.  In case you're wondering, the battery cost $195.99.  Yeah I was stunned.  I'm still living in the 70's when it comes to buying things. 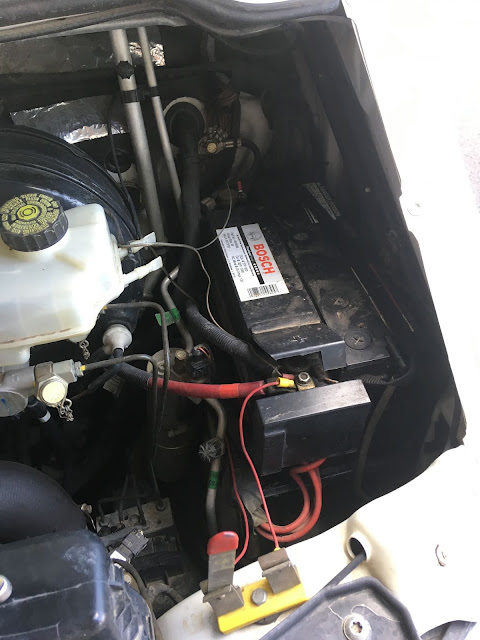 I drove back to camp and planned to clean up and repaint the battery tray the next day.  It needed it and is something I have always done with my vehicles when replacing batteries.  In the end I was thankful for that big rain storm as it revealed to me I had a dead battery.  I wouldn't have wanted to deal with that on the day we were planning to leave Sisters.

It doesn't matter what your living arrangements are, there's always some maintenance to be done, and it usually costs money! I had to have a new battery in my car a couple of months ago. Well, the original battery had lasted 10 years so I shouldn't be complaining! Good to know you are all charged up and ready for action.