Each morning I burn the previous day's trash in the fire pit at camp. 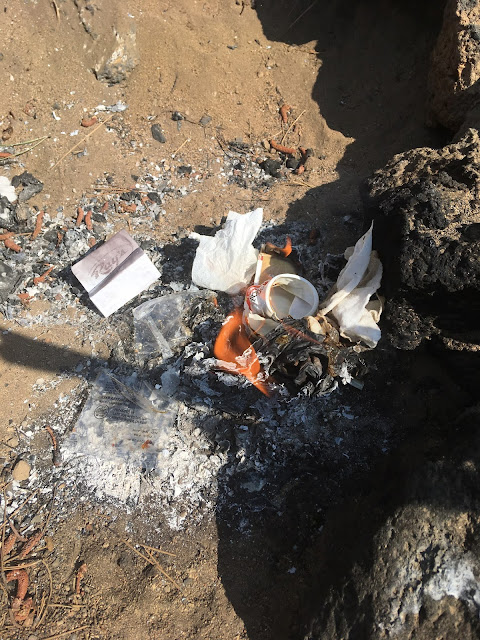 Cans, mostly cat food cans, I smash flat with a rock on a rock.  Most all the rock around here are of volcanic in origin as you can see by my can-smashing rock to the lower right corner.  The rock I set the can on to be smashed I don't know where it came from.  There are no others like it around.  It is one of the best rocks I have ever had at a camp for smashing cans on.  Flat, thick and holding up to the pounding.  I am almost tempted to take it with me, it is that good.  But I don't need to be hauling rock around with me.  It will stay behind when we leave having served its purpose well. 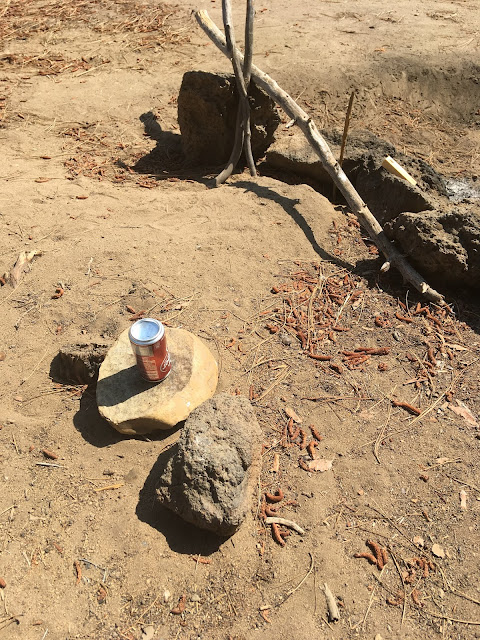 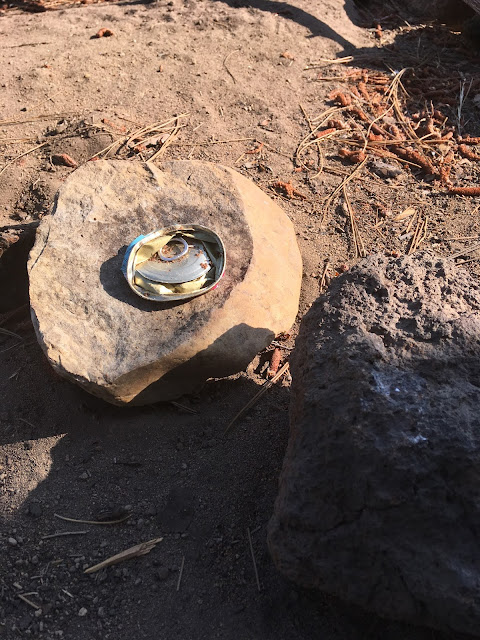 The small plastic bag of smashed cans gets dropped off at the city park maybe once a week or so.

Beans appreciates you getting rid of all her garbage for her. Beans knows it's good practice to recycle the metal cans.