I Met the Local Crazy Lady 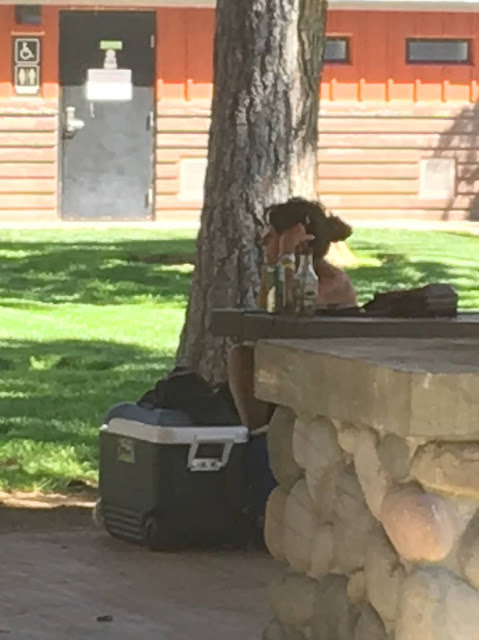 Cheri was her name.  I think she was half sloshed already and it wasn't even 11 a.m. 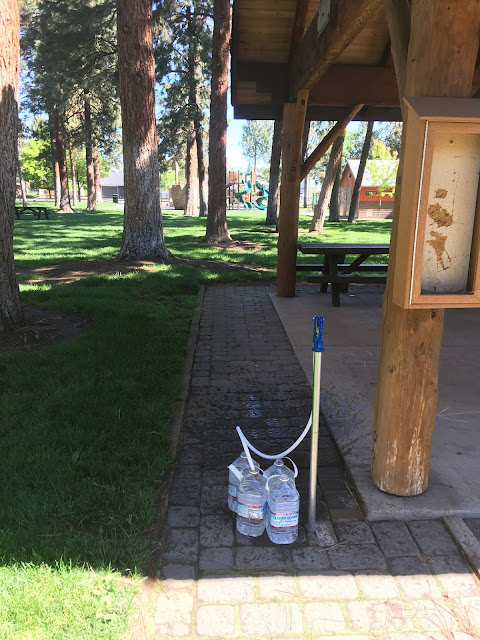 I had stopped at my water source at the city park.  I set my four water jugs down and as I was screwing on the hose she yelled over to me “Don't use that.  That is yellow water.  Go over there on the other side of the gazebo.  There is white water there.”  I gave her a wave of the hand thinking I never heard water referred to that way before.
She hollered at me again.
“That’s yellow water.  Over there by the gazebo is a faucet and hose with white water.  Nice and cold fresh out of the creek.”  Think about that for a moment.
She wasn't going to give up.  I was told a third time.
Finally I asked. “Where does this water come from?”
“The shit hole.”
“Well you would think they’d have a sign here Non Potable Water.  Anyway, this isn't for drinking” I informed her.
She gave up and waved me off 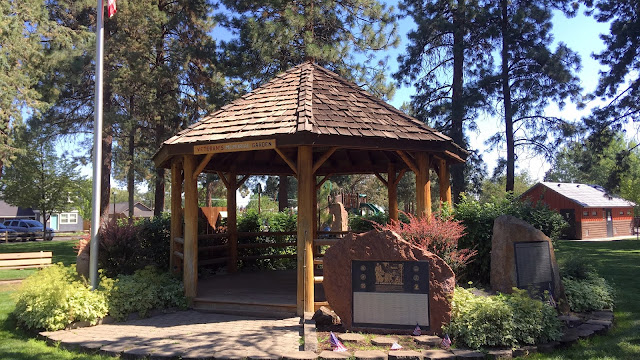 When I was finished and loaded my four jugs of yellow water on the bike I walked over to check out the white water source.  There was no faucet or hose that I saw.

When I returned Cheri was involved with another woman in a discussion about dog poop bags.