We wound up staying a full week in the rest area that was posted for eighteen hours only.  No one ever came by to say otherwise.  Only the guy who collected the trash each day would come by and he couldn't have cared any less.  After a week though it was time to move on and Beans would miss her birds. 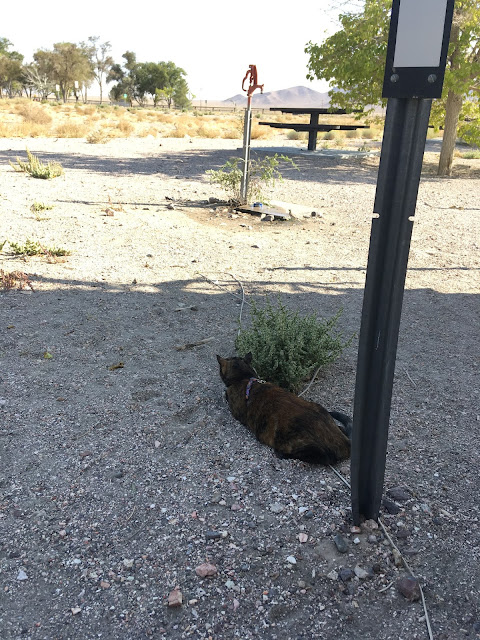 Over in the grassy area I once again saw the resident Roadrunner. 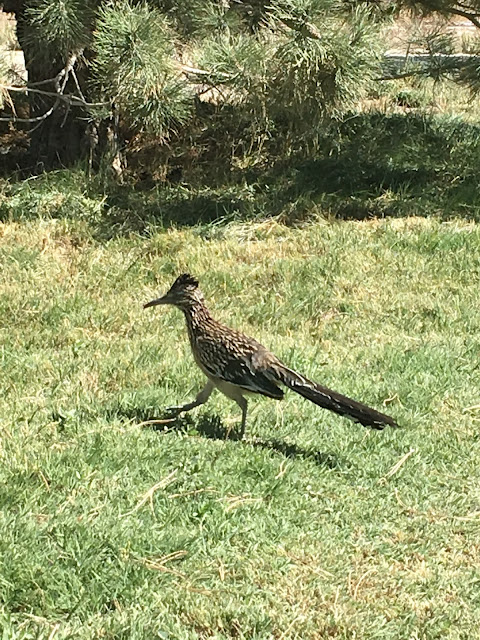 He was quite comfortable in allowing me to come up close. 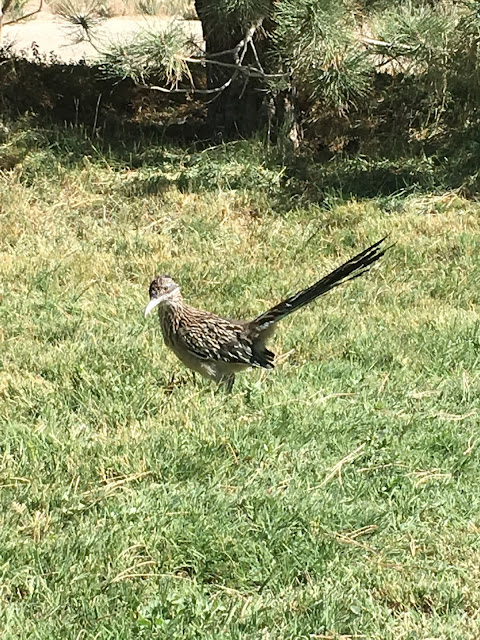 And you remember the guy on the tricycle with a trailer who looked like an old prospector?  Well he was still there when we left.  The only thing during that week was he moved out into the middle of the desert for a few days.  There he laid in the dirt, 95 degrees in the hot sun, no shade, not even a hat!  Insane!  He finally moved back to the cool shady rest area itself the morning we left. 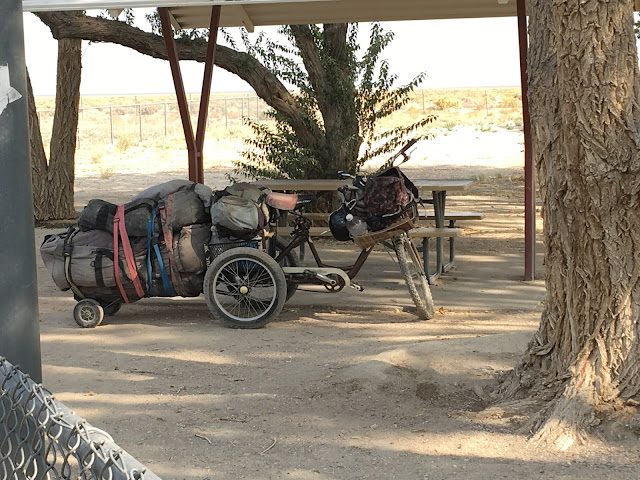 The prospector chap is crazy... but that's why he is travelling with all his belongings on a bicycle. It takes all sorts to make a world, as they say. That roadrunner bird is very handsome and seemd to like having his photo taken. Do they really say "beep beep' like in the cartoons?