From Bad to Worse

We finally left the Black Rock Desert tired of not being able to see anything due to the smoke.  An hour and a half drive south brought us to Fernley, Nevada where I stopped at a car wash to get all the nasty alkali dust off of the RV, motorcycle, bicycle, cat...everything.  The smoke seemed to be even worse there.  After a stop at the grocery store we continued on south where I learned what worse really was.  Visibility was less than a mile.  Breathing was uncomfortable.  I finally put on my bandanna which seemed to help or at least I thought it did. 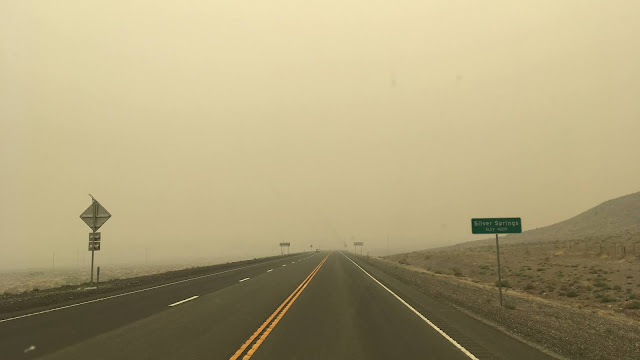 We made it to Yerrington, Nevada where I pulled into an abandoned drive-in movie theater for the night. 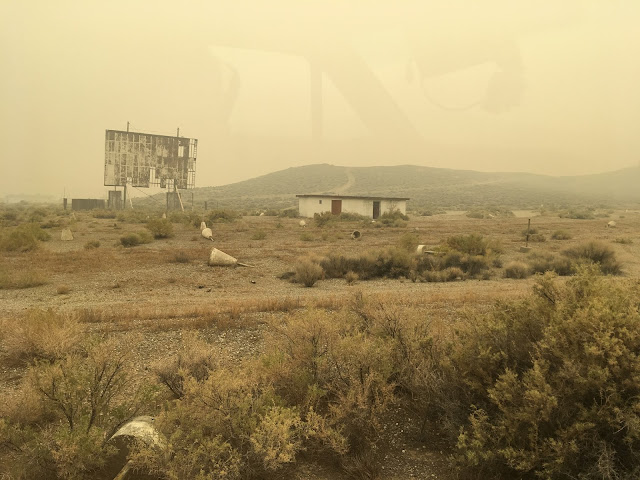 Just waiting for the movie to begin.  If it gets any smokier I won't be able to see the screen. 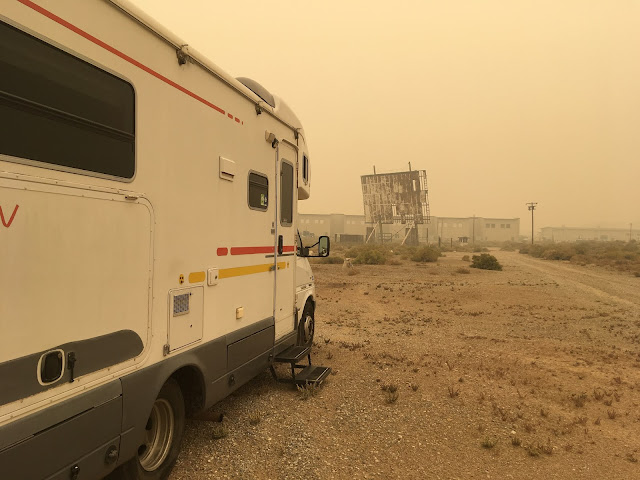 It wasn't as bad inside as long as I kept the windows and doors shut.
Once settled I received an email from a friend which included a link to a map with all the fires and air quality alerts marked.
Naturally I had picked the worst possible place in Nevada to come to with "very unhealthy air".
Posted by John @ Beans and I on the Loose at 12:00 AM

The sight of an abandoned and ruined drive in movie theatre in the murky smoke is a very scary sight. I hope you didn't stay there very long.