The next morning I was extremely surprised to see clouds in a blue sky looking out the window.   It was going to be a fine day.

Inside the projection room. 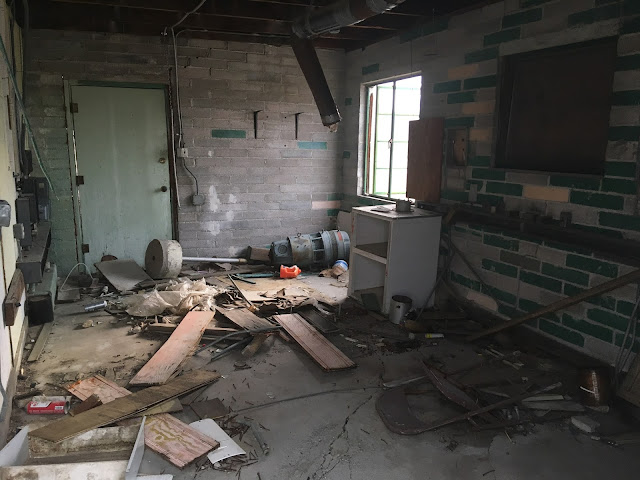 The two portals where the projectors projected out from. 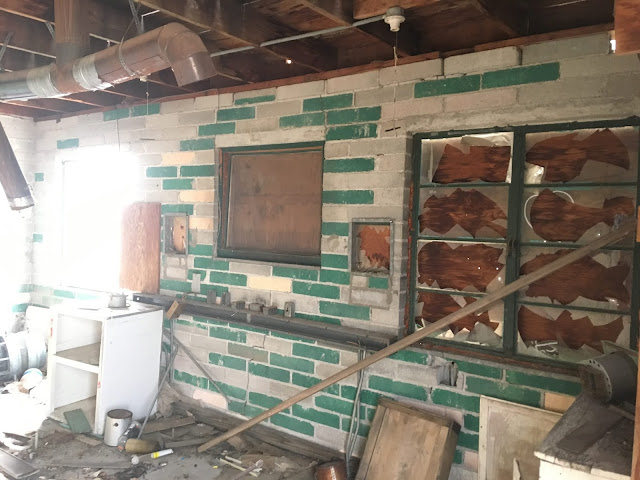 Inside the snack bar. 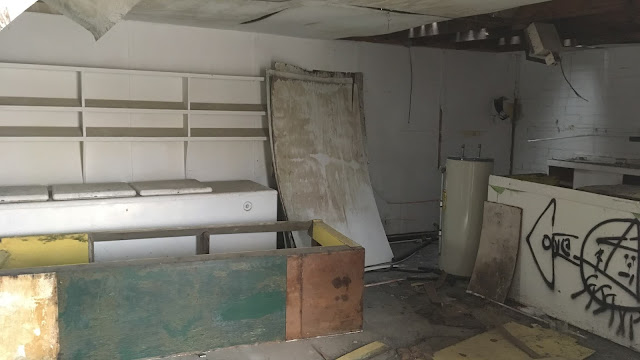 The popcorn machine was still there. 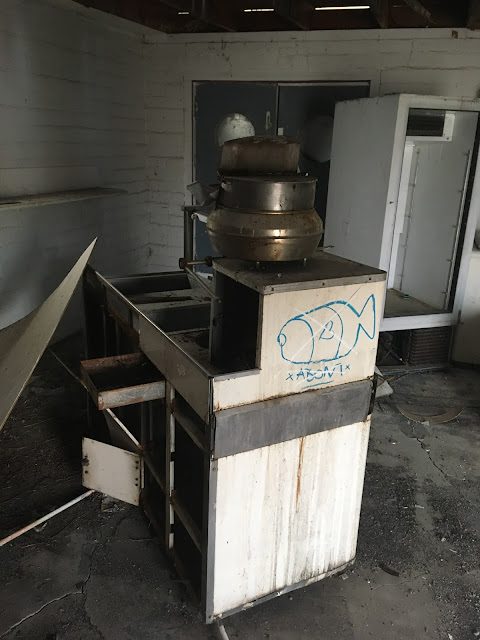 The screen was made up of four by eight sheets of plywood.  I remember as a little boy going to the drive-in and enjoyed watching people shine their spotlights onto the screen playing tag before the movie began.  And I remember times when there was a malfunction like when the film broke.  Everyone would honk their horns as if that would fix the problem faster. 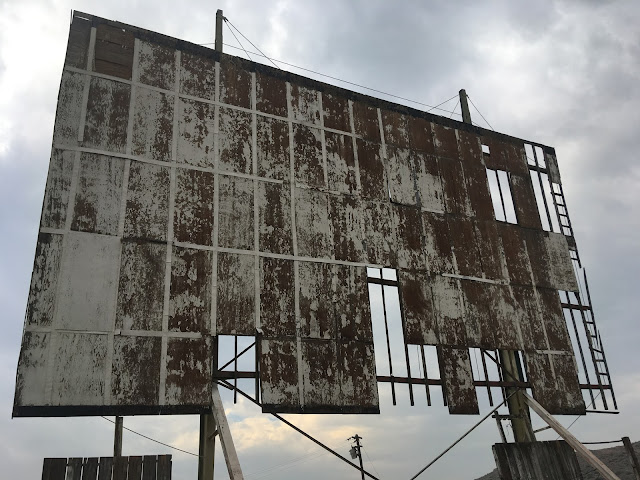 Steel girders supported the screen with pivot points in the ground so the screen could be hoisted up in place after being constructed. 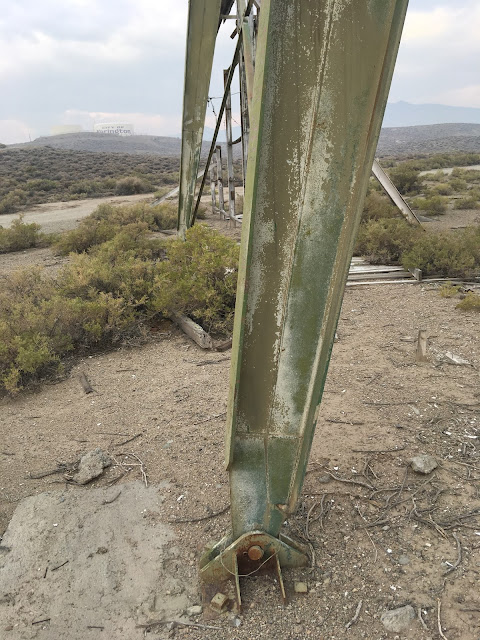 And the ticket booth. 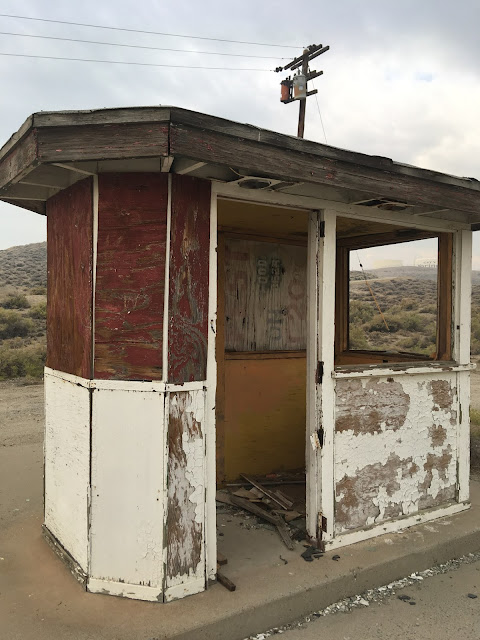 Don't be too surprised if we see the rebirth of the drive-in movie theater due to COVID-19.
Posted by John @ Beans and I on the Loose at 12:00 AM