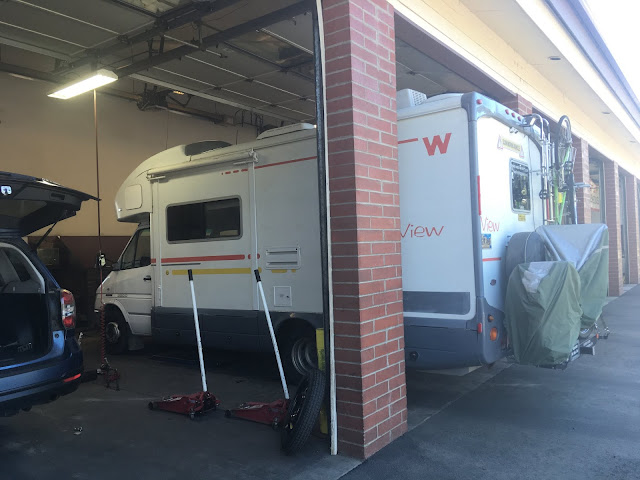 I went in only to have this valve stem replaced as it was stuck.  The guy pointed out that he could not remove the tire without it probably coming apart at the bead and then pointed out the split along the rim.  Egads!  We looked at the other tires and they too, though not as bad, showed signs of separation. And here I was planning to head south in some pretty remote country.  I didn't have to think too long or hard on what to do.  The best part was that he could have six tires delivered at the shop in a hour and install them that day.  Pretty cool.  Nice folks and we now have six nifty new tires.  I feel good.

Peace of mind after having suffered one blow out in Nowhere Wyoming a few years back. 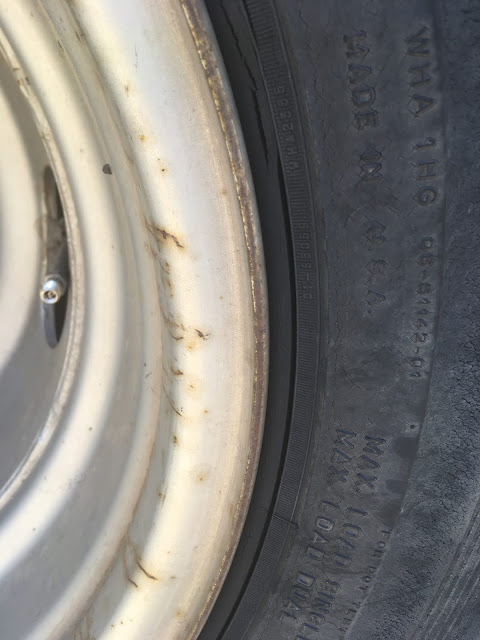 Tires are where the rubber meets the road, as they say. Hooray to six new tires, money well spent I think!