I rode over to the fire camp few days later and saw this.
When done fighting a fire the firefighters loosely roll up the fire hose to take back to camp.
That is what the big pile is, canvas fire hose. 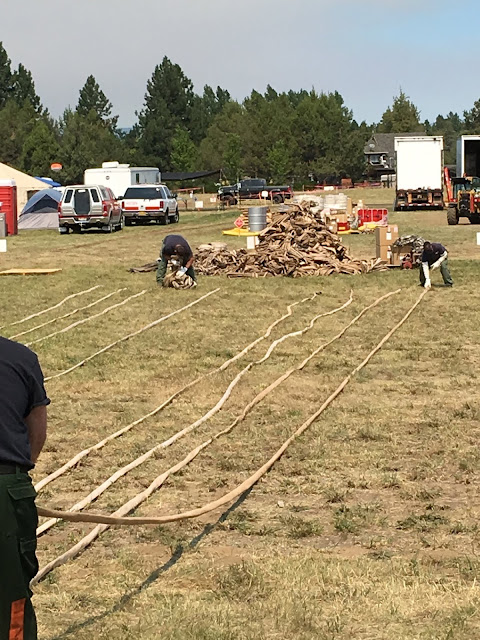 There they lay out the hose and flatten it out. 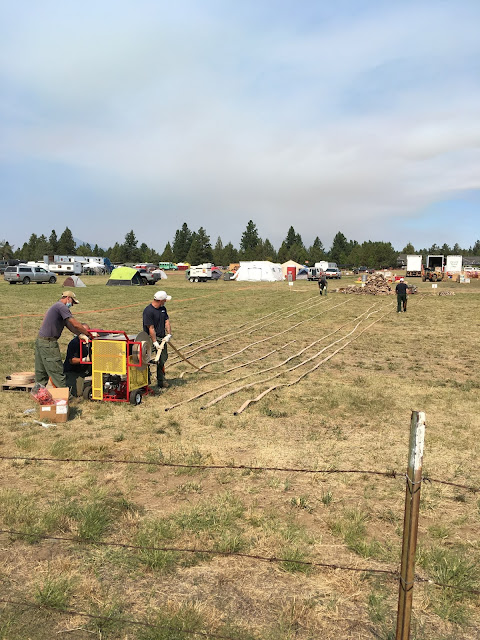 They attach the hose to this machine which turns the disc on the side when the operator engages the clutch.  The wheel coils up the hose and then he disengages the clutch so it stops winding.  The man at the left will remove the coiled fire hose and slip a monster size rubber band crossway over the coil and stack the hose on a pallet behind him.  That box at his feet holds the big rubber bands. 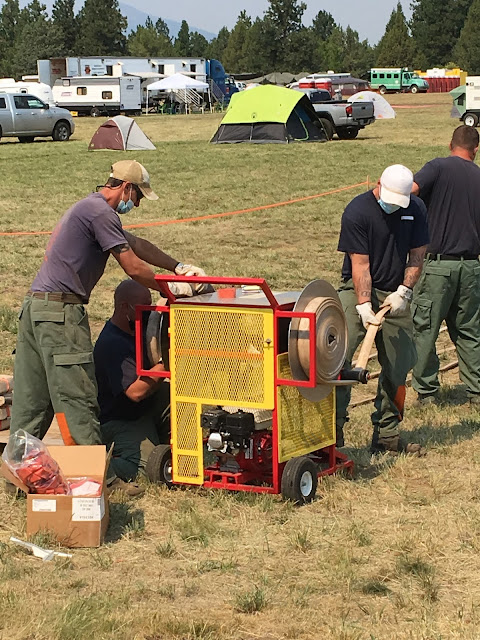 And now the hoses are all ready for the next outing to fight the next fire.
How far away from you are the fires? Any water bombers visible in the sky? Or smoke?

I am not sure how far away the fires are. There is smoke in the air at times depending on the wind. Nothing bad where we are