Some of My Cats

I was looking for something the other day (didn't find it) and came across a little photo album I forgot I had with me.  Most of the pictures inside are of my dear Sinbad.  Here he is in Death Valley. 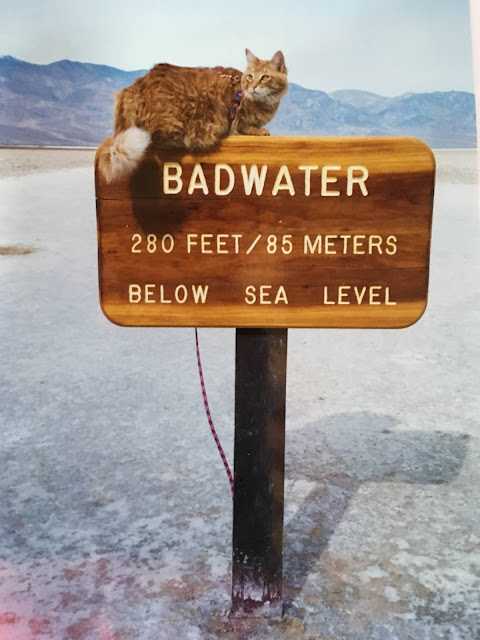 This is Pink.
He lived across the street.  He would always come over to visit me.  I would see how the kids he lived with mistreated him.  One day he jumped up inside my Land Rover, curled up by the speaker as Pink Floyd was playing and fell asleep.  I “catnapped” him, named him Pink and never told the kids what became of him when they asked me.  Soon thereafter they moved away and Pink gained his freedom to be an outside cat once again.  Tragically he was hit by a car in front of the house.  I was devastated.  I vowed to never again have an outside cat.  His death caused me for the first time ever to actively go out and adopt a cat.  All my cats up to then had adopted me or I found them and gave them a home.  That first ever adopted cat would be Sinbad. 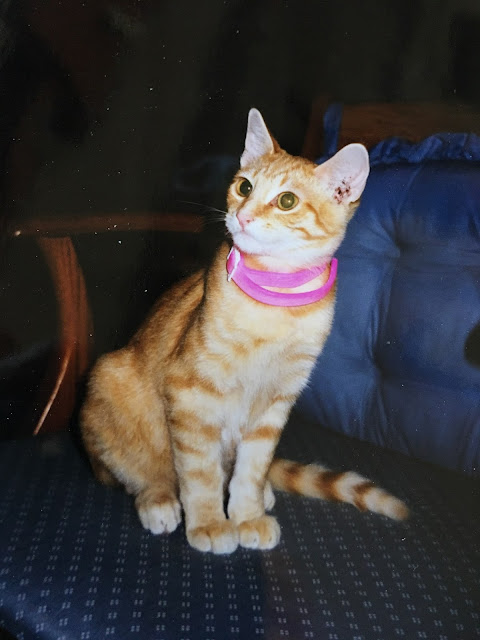 This is Ramona.
I rescued all of her abandoned siblings from a storm drain out in front of where I worked and found a home for all before the end of the day.  As I locked up and prepared to leave at the end of the day I heard a faint “meow” from the creek bed nearby.  I climbed down through the briar bushes and found this tiny colorful ball of fur.  She had crawled away up the creek away from her brothers and sisters. I placed her in my coat pocket and rode home on my bicycle.  It was Memorial Day weekend and I was leaving for the desert.  I asked my wife to care for her and promised I’d find her a home when I returned on Monday.  I never even tried.  Ramona would live her entire life with us.
She passed away peacefully by my side. 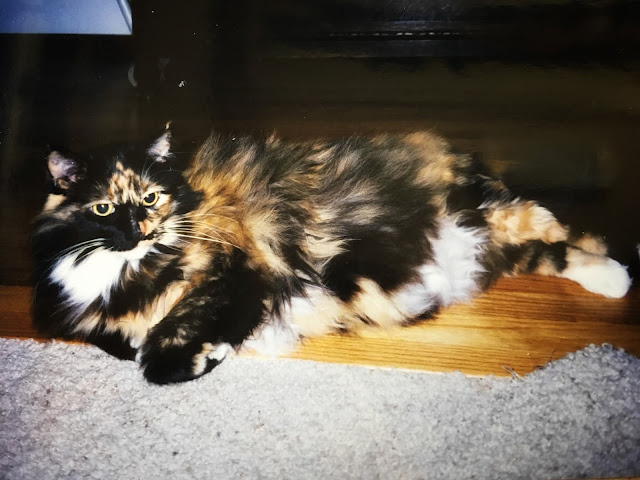 This is Iris.
My wife brought him home from the grocery store one day when only a kitten.  She stopped by my workplace showed him to me and asked if she could keep him.  Seriously?  As if I could or would say “no” to such an idea?  Technically he was “her” cat as she would always remind me.  He was really a great cat, the first ginger cat we ever had and lived a full life with us until kidney failure forced me to make that terrible decision in his later years. 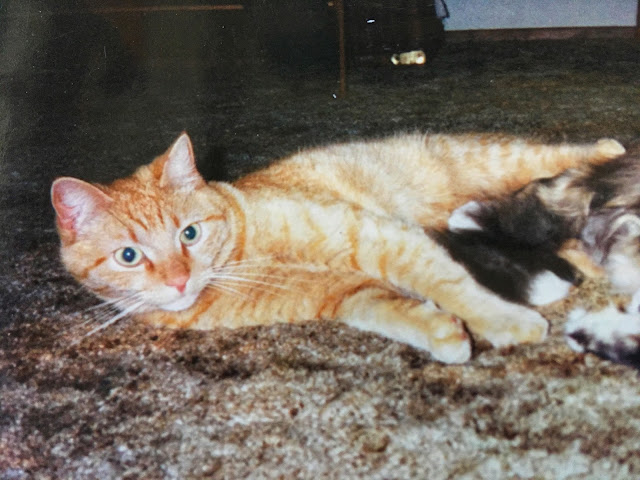 Here are all three together. 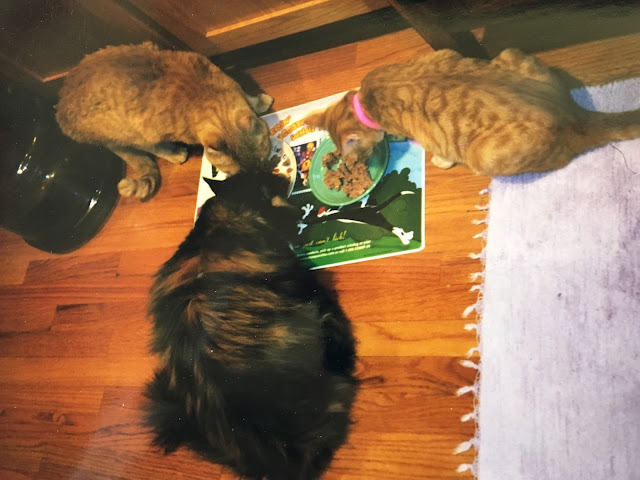 This is Harry.
I had his mother Muffin who supposedly had Maine Coon in her.  You can see that more in Harry. Muffin gave birth to a litter and we kept Harry and his brother Biscuit because he was marked like his mother.  Harry was very affectionate.  Biscuit was very aloof.  Harry lived a long life with us.
Biscuit not so long unfortunately. 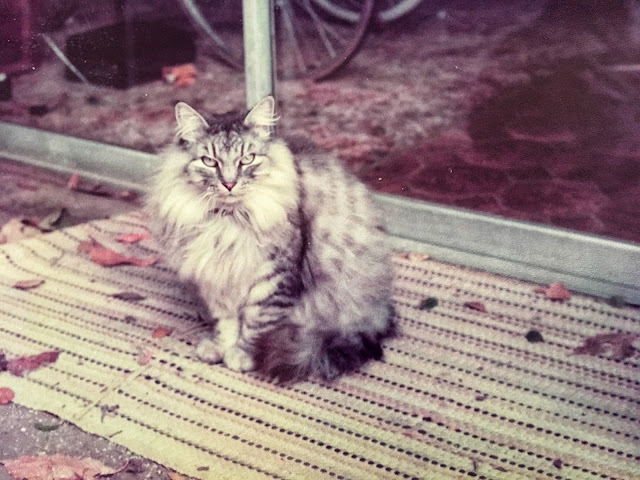 This is Freida.
She adopted us coming from somewhere in the neighborhood.  Freida later developed some sort of cancer to her rear leg and we chose to have it amputated rather than putting her down.
She got along well on three legs.  Sweet cat. 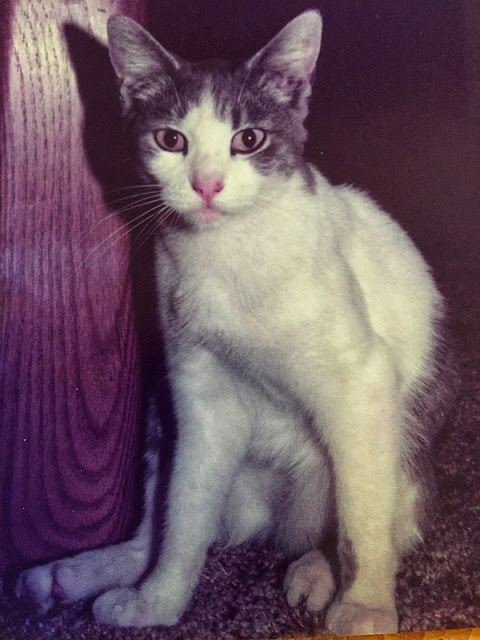 This is Maggie.
She belonged to the preacher and his wife across the street.  Same house where Pink came from but long before that family with those kids moved in.  If I recall correctly the preacher and his wife had to move to a new church he was going to and couldn’t take the cat with them.  So we adopted Maggie.  She was a weird cat.  About the only cat I never really bonded with.

Later after writing this I still could not recall what became of her.  It started to set in with me that I may have this all backwards.  It’s been so long ago but I am now thinking Maggie used to hang out with the preacher and his wife all the time and when they went to move away we let them keep her.
Let’s go with that version. 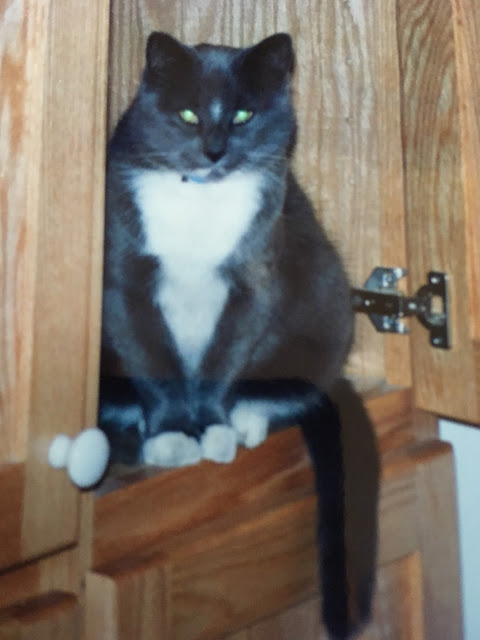 And now I have my sweet Beans.
What am I to do if I ever find a stray in our travels? 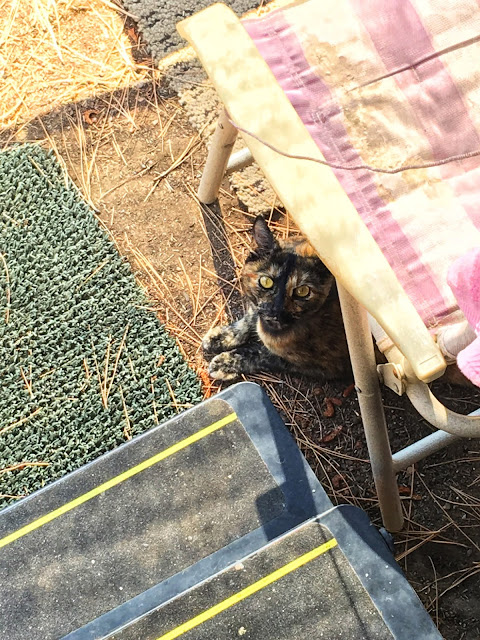 A delightful story of the cats who have shared your life. They are all gorgeous. My first cat when I was a little baby was Sandy. When I was a bit older we had Pandy, then Pandy had kittens Andy, Dandy and Randy.... and so it goes. Later cats were Midge with the dead tail, then Puff who went to live next door, and Dixie who lived to be almost 20 years old. All fondly remembered.