A Hike up the Hill

Lovell Canyon, Nevada
Ever since we arrived at this camp I had wanted to go to the top of the hill where you can see the dirt road crossing over.  I thought I would ride Gracie up and over but as you learned on the previous post I never took the motor bike down off the carrier.  So this day I decided I would just hike up there instead. 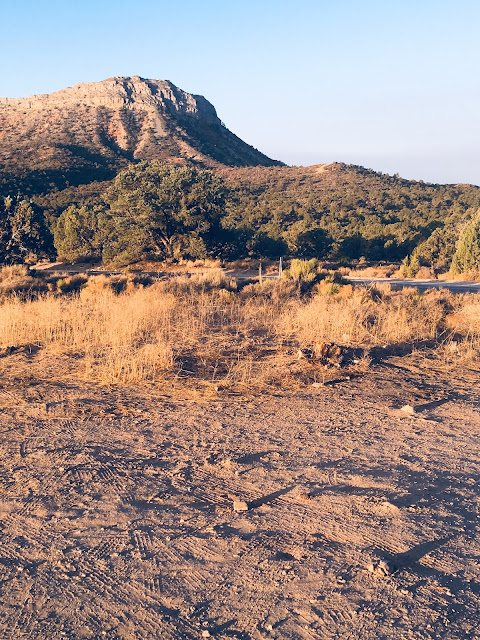 I passed by Tracys camp (the lady I met soon after arriving) and she was sitting outside sipping her morning smoothie.  I said good morning and asked if she would like to go on a hike.  She was all for that.  “I wanted to climb to the top of the hill.”  Her eyes got real big.  She thought I meant that tall cliff face.  “Oh no, the hill off to the right with the road” and I pointed it out to her.  She relaxed. Whew!
“No those days of climbing mountains are long behind me.” 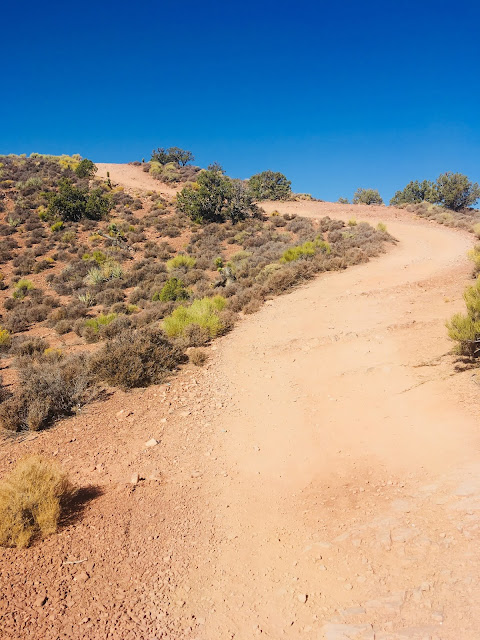 It was really nice to have someone along to walk and talk with while on a hike.  I cannot tell you when I last had that pleasure.  The view up top was wonderful.  The Little House on the Highway is sitting down there just off center to the right along the edge of the green and yellow vegetation. 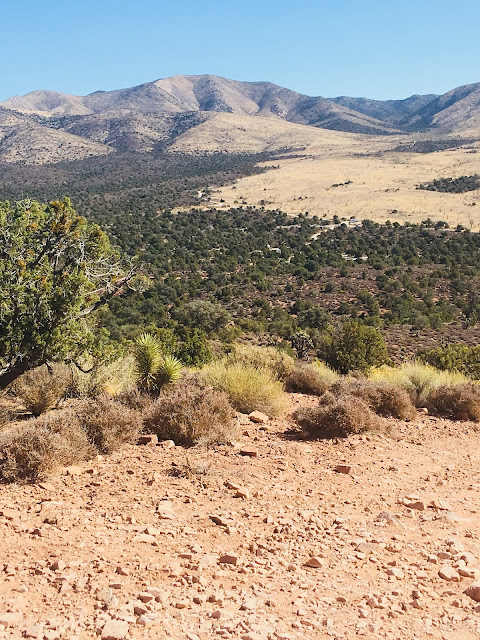 Earlier that morning someone parked near us and a guy took off on a hike following the line of vegetation behind our camp.  I talked with him when he passed by camp eight hours later.  He had crossed over the low ridge line off in the far distance to the right then descended down the other side cutting cross country for Rainbow Mountain in Red Rock Canyon Park twelve miles away from where he began.  Twenty four miles round trip.  In his thirties I would guess and looked fresh as could be.
Those were the days.