The next morning I collected a small bag full of trash scattered around camp.  Remember that for the post tomorrow.  After breakfast I walked across the road to walk around the campground area I had decided not to drive into.  This trailer was the first camper I came upon.  I later learned she is school teacher in Las Vegas.  She camps all around the nearby area for the school year for she is limited to 14 days at any one spot then come summer she travels around the country. 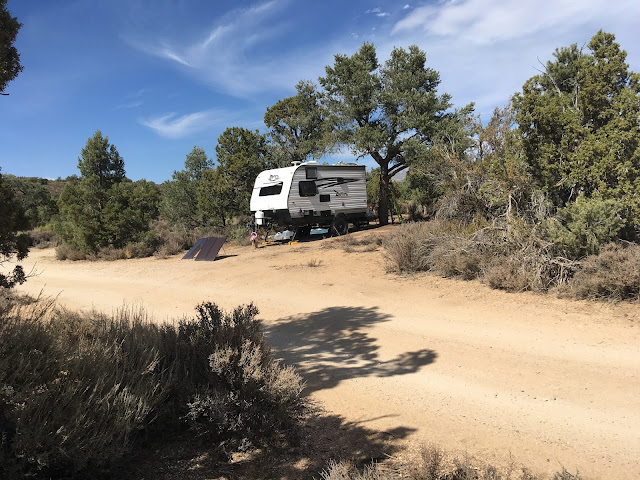 As I wandered around the camp area I was appalled at all the trash strewn about.  I  have been in trashed areas before and this was not the worst I have seen but there was also toilet paper and mounds of crap, and I am meaning human shit,  all around and for that this was the absolute worse I have ever seen.  I didn't take pictures.  You don't want to see that.  In one instance the subhumans had brought a five gallon bucket to crap in and it had eventually broke so they just left it half full of toilet paper and crap. 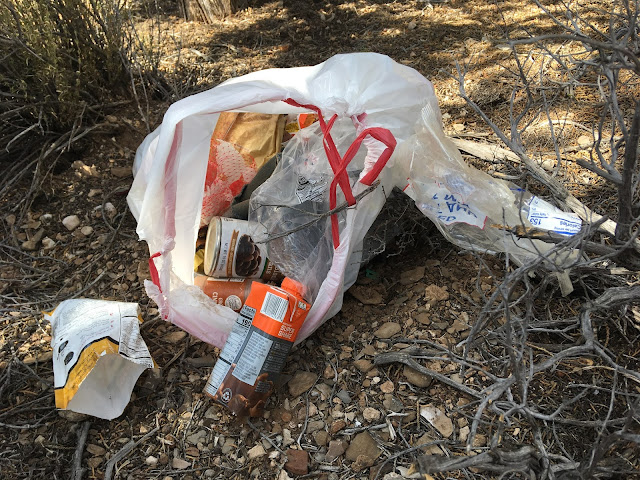 This here though just boggled my mind.  The bag was full of like new dishes and pans.  “Hey lets go camping this weekend.  We can stop at Walmart and get some pots and pans and such then just leave it all there when we are done.” 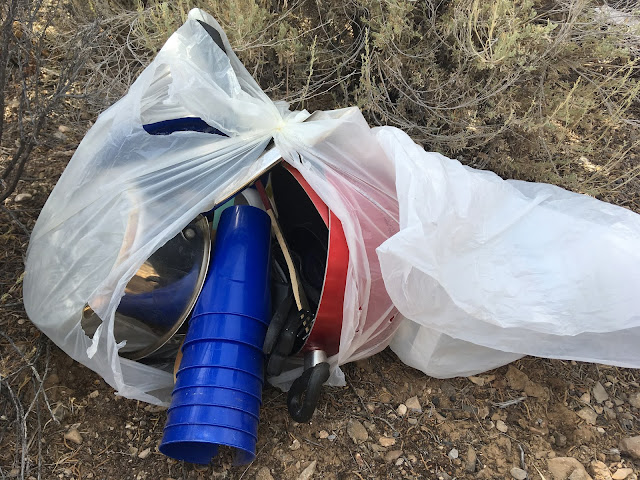 I so despised humanity for the remainder of the day.  This is what you get when you camp near a large city.  The locals for the most part are the problem and Las Vegas being the hellhole that it is just breeds an even lower level of idiots.  The campground is just as the title states with nice little secluded campsites nestled in among the junipers but people are ruining it and I would not be surprised if someday it is closed.