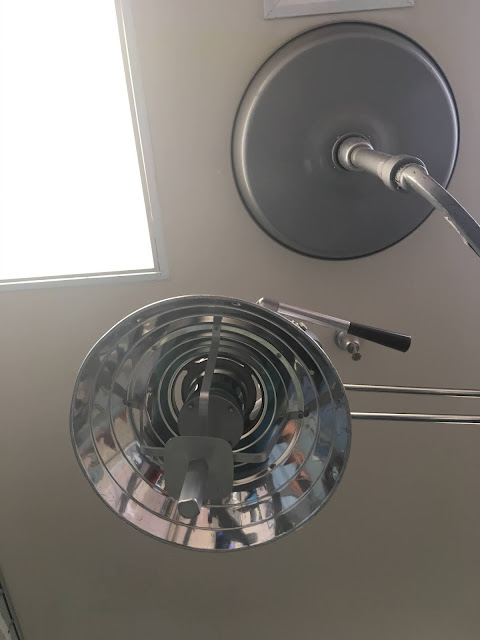 Did you get back to Santa Rosa OK?

It is so good to hear from you! Hope that you have made it back to California okay.

Spending the night in Emergency isn't anyone's idea of fun, not even those unfortunate chaps in the orange jumpsuits! I'm glad you are feeling better and I hope you've travelled safely to your destination. And I'm sending a cuddle to Beans. I'm certain that she has been a great help to you through this emergency. Animals are very calming creatures.

I've heard that people who don't have healthcare and don't have a doctor, use the ER as their primary care physicians. Funny that the woman didn't take her daughter to the orthodontist. The sharp braces reminds me of when I had 'em top and bottom and got hit in the face with a football.

The long drive ended Friday afternoon. Beans was happy to see the house. She remembered.

The admit nurse asked in disbelief “Didn’t your orthodontist give you some wire clippers or anything?”

Thanks for letting us know you are safely at home! Pet Beans a little extra for me.- Mary

Ah, you never know what you're gonna find in the ER. Not fun at any level, but when you need it, you need it. They saved my life a couple of times. Glad you and Beans are safe. Take good care, John. Give Beans a snuggle from us. :)