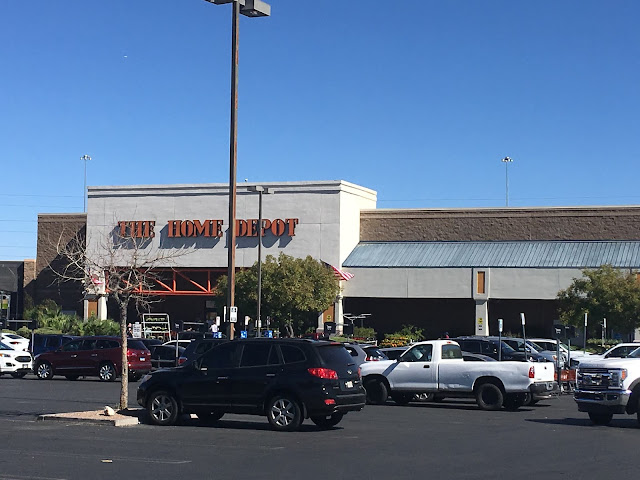 It is nice to travel with someone new.  You learn things you didn't know before.  We both had the same things on our to-do lists.  Stock up on food and supplies for the impending apocalypse after the election was the main thing.  Tracy had found a WINCO store in Henderson south of Las Vegas.  I had never been to one before.  Inside I found it to be just like a Costco with loads of everything stacked on pallets the only difference was WINCO only dealt with foods.  This was great and with big savings.  Skirting around the edge of Las Vegas was even greater.  We then drove over to a Home Depot where for the first time I became a “spreader”.  I forgot my bandana.  I wasn't barred from entering by a gestapo security guard at the door.  No one cared.  I found a dumpster nearby where we each got rid of a weeks worth of trash (one of the real pleasures of nomad traveling) and I spied a water machine across the boulevard where we were able to fill our drinking water containers.  We both agreed “That all went well”.

Twenty miles south we found a nice place to camp over night.  At 2500 feet the temperature was ideal with a nice breeze and no bugs.  The evening was just as nice. 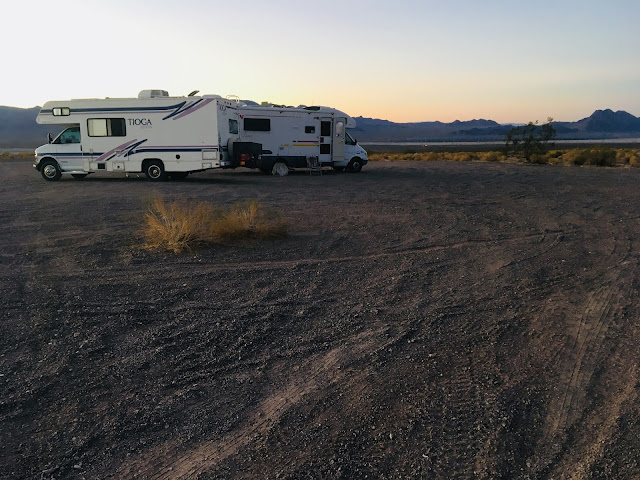