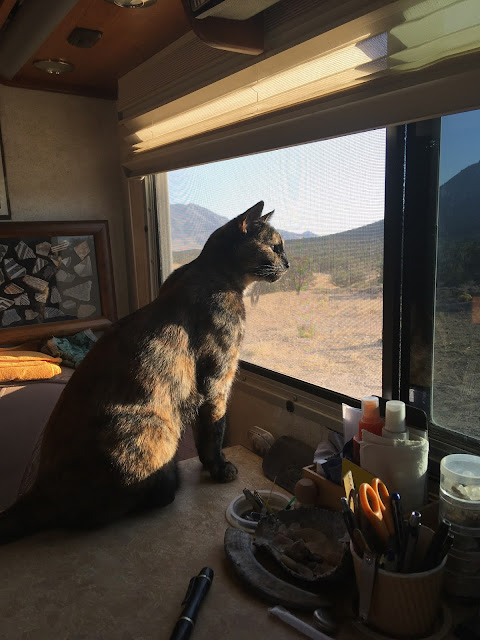 We returned to the Goldfield Visitor Center for the night then moved on out in the morning southward on a pleasant two hour drive to Beatty, Nevada.  The camping opportunity there was bleak and desolate as pretty much was the town.  I loaded up on ten dollars worth of quarters at the car wash (a sure thing over a slot machine), ate lunch in about the only shady spot I could find and then put Beatty in the rear view mirror.  A half hour later we were at the Amargosa Valley Rest area, a very nice spot where we stayed before three years ago when Beans had been on the road for a few weeks in 2017.