My nomad friend did a pet/house sit out in the country in Texas while the owners were away this last summer.  This scrawny homeless gray tabby kept coming around.  Over time she was able to gain his trust and they became friends.  When the house sit was over she just couldn’t leave him behind so she decided to give him a chance at being a travel cat.  He did very well riding in her van and took to wearing a harness and being on a leash just as well. 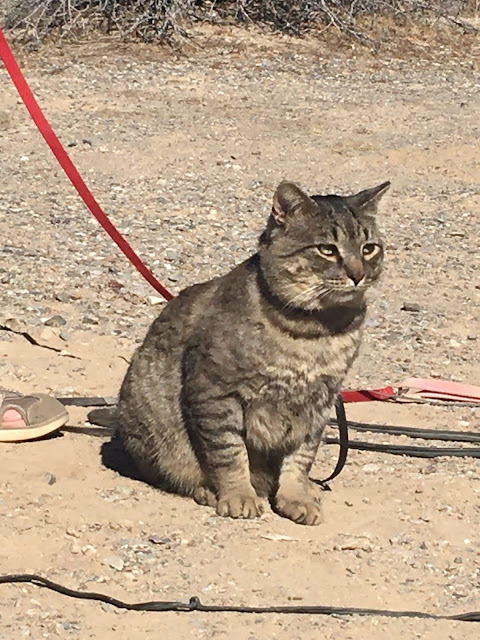 I mentioned before that he is afraid of men for some reason only known to him but he is doing better with me around and I was able to finally get these photos of him in a relaxed mode.  I have yet to get a picture of him and Beans greeting each other by rubbing noses.  It doesn’t last long for they both go off to do their own thing after a brief kiss. 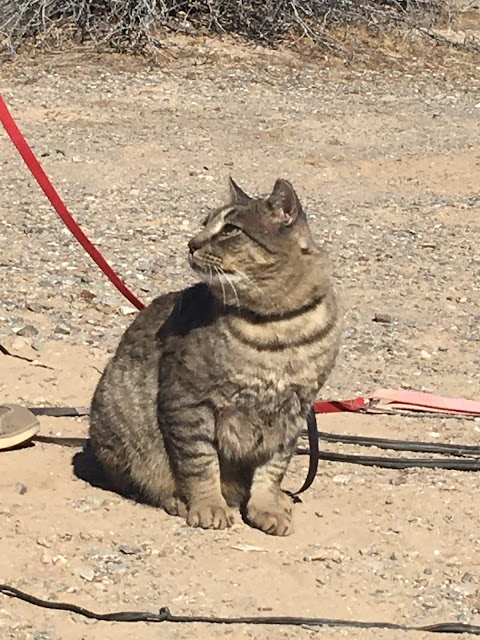 He is an adventure cat and takes his mom for very long walks (“Louie, I don’t want to go to California”) much longer than Beans is interested in doing for she’s too busy looking for lizards. 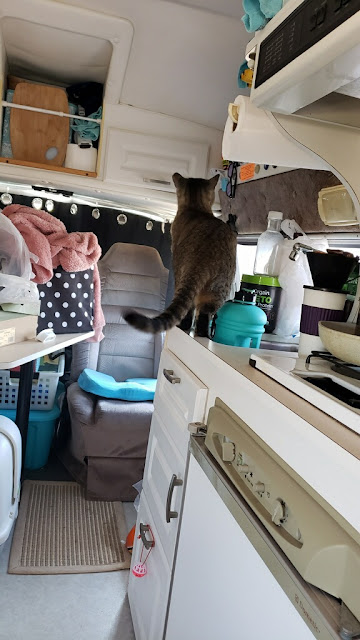 Louie now has a home and a new chance at life.  My friend and I both agree that Louie would not have survived this terrible snowy freezing weather that Texas is now going through.
Lucky Louie has found a good mom.
Posted by John @ Beans and I on the Loose at 11:00 PM

Fortunate for Louie that your friend had a good heart. I hope soon you get a picture of Beans and Louie kissing.Mary

Louie is a good looking dude....Good thing there are folks like us who enjoy these rascals...
I don't know if I ever mentioned, I'm low key out here, my pal just showed up 3.5 years ago...
We are happy to have each other, as I live up in the mountains widowed..
No mouskies allowed, B.K. (barn kat) takes care of business..Meow!