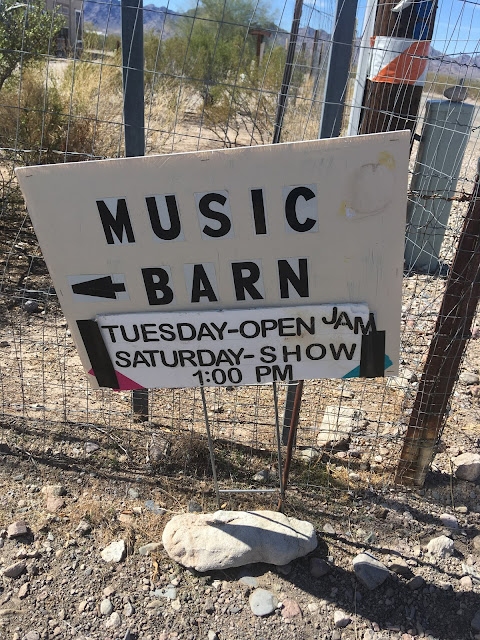 I didn’t go in since I didn’t have a mask with me and the folks sitting inside enjoying the music were all of the “high risk” category.  Up on stage were three guitar players, a drummer and a lady with a very nice voice all of whom were local talent no doubt. It was quite pleasant sitting outside listening to the music 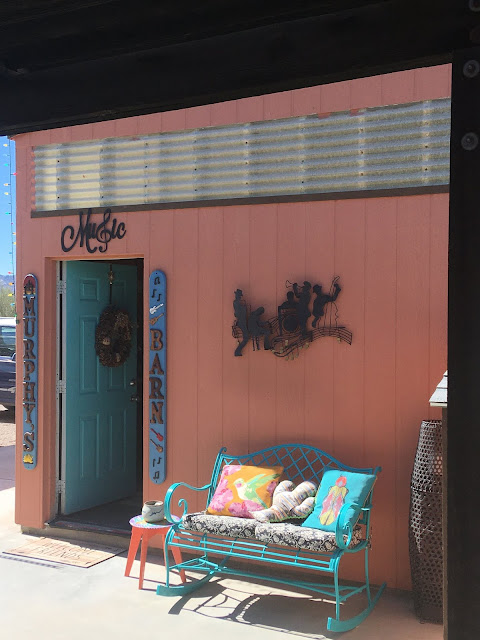 La Paz as I mentioned before is five miles south of where we are camped and is basically two large RV parks and several desert homes.  I looked it up but found only that La Paz is a ghost town near the western border along the Colorado River and the name of this county in Arizona.  Otherwise there is nothing of this little community.  They just tacked the name on it, that’s all.  As I rode around I admired the folks who could live there in an RV park, so close to everyone else and such.  It isn’t something I could do but I envied them for being of that nature.  It is a peaceful and quiet little place, probably everyone knows everybody and I bet living here adds years to your life.
Posted by John @ Beans and I on the Loose at 11:00 PM