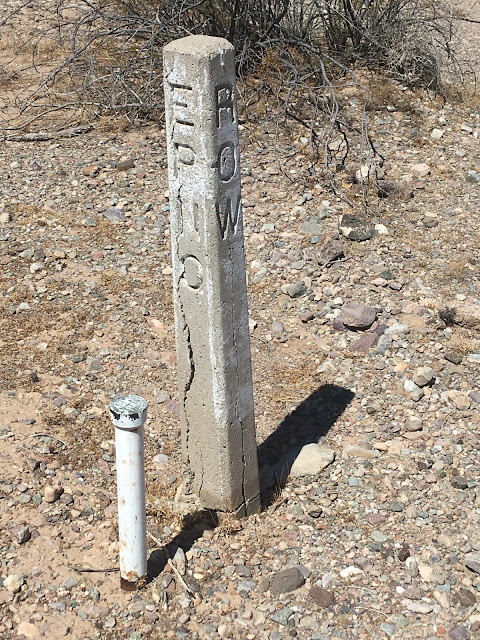 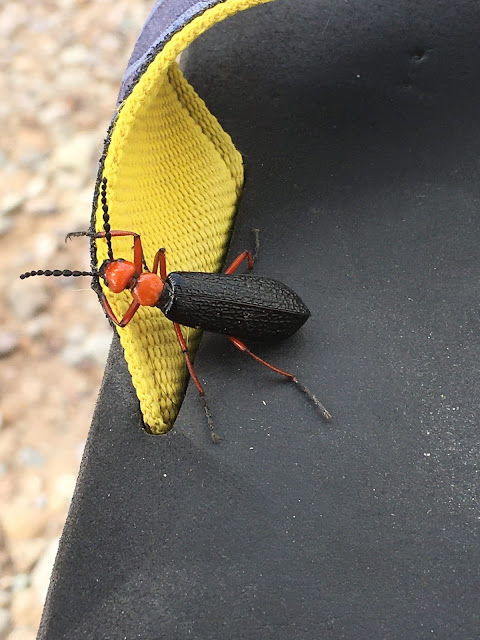 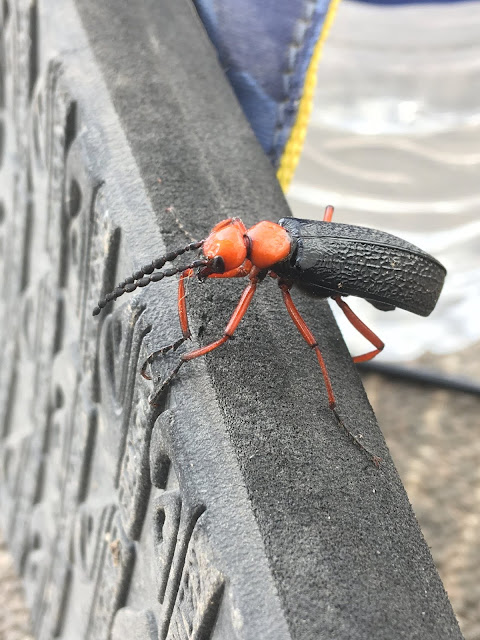 A bit of internet searching reveals the beetle is a Desert Blister Beetle. Something like Research Oil Well??? That's just a wild guess.

I found something on Google that calls that a fire-colored beetle. I like desert blister better.

Right of Way. Should have remembered that from my own experience with pipelines.

"You have a chance around Phoenix, Arizona to see one of the biggest and fanciest blister beetles anywhere. This species goes by the scientific name of Lytta magister but has also been called the “master blister beetle,” most likely in honor of its large size. These beetles can grow up to a couple of inches long and be very colorful, a nice mix of deep black and bright red-orange. If you do find it, odds are it will be in the springtime when the brittlebush, a very common desert shrub, is flowering. Often a single bush will temporarily be home to a small band of the beetles, several dozen of which may dangle from the flower stalks of the plant."

Blister beetle, better not pick him up and give him a hug, he won't like it and neither will you!
And that's a Right of Way marker..... I worked in the pipeline industry for many years.

I found that web site too. These blister beetles don't sound like I want to pick one up!