This is my neighbor across the road. The truck and the trailer to the right is his.  He has been here as long as we have.  I cannot remember if he was there when we were here earlier and I had to leave for that medical issue.  Probably so.  Anyway for a few weeks from January through February there was a second van there.  I could see him puttering around with it.  Then one day this couple came by in their van, and things had the appearances that he was selling it.  Sure enough, they went for a test drive, the deal was made and they drove off in both vans.  A couple weeks went by and now there is this second trailer there.  This guy must be picking up these units around here, fixing them up a bit and then turning around selling them for a profit.  Not a bad idea.  You’re here for six months and it gives you something to do, a project to keep from going nutso and you make a few bucks along the way. 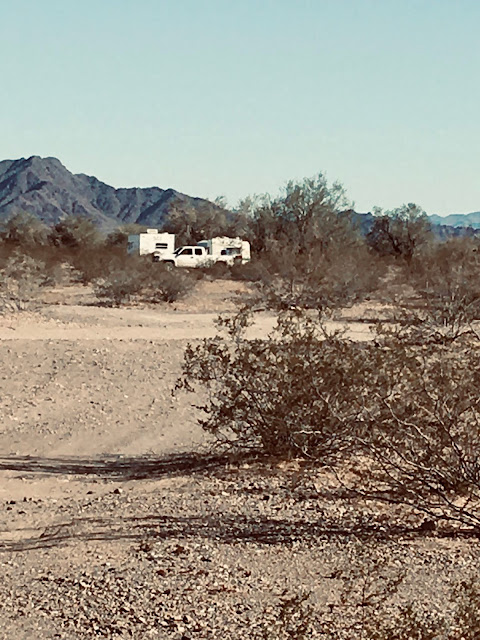 Now you are probably wondering why I haven’t gone over there and visited with him getting the scoop on what he is up to.  I just have this feeling that in the first thirty seconds I would realize well this was a mistake.  How do I get away from this guy?  It’s happened to me before.