Up the hillside from camp stone ruins were visible.  We hiked up there finding five or six buildings that once were homes for the miners who worked the area. 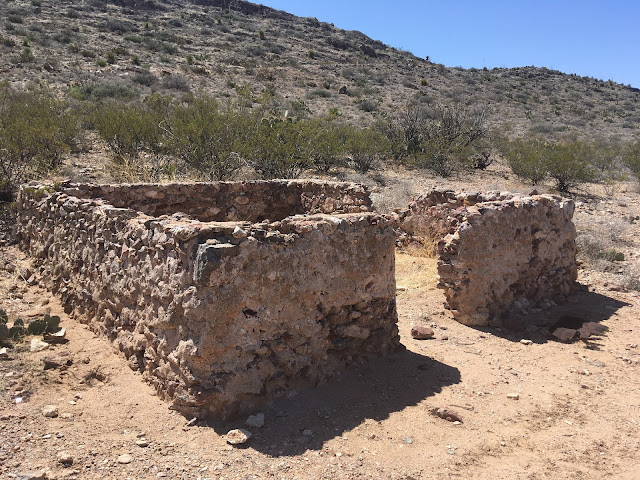 I couldn’t imagine the amount of work it would take to build these dwellings. 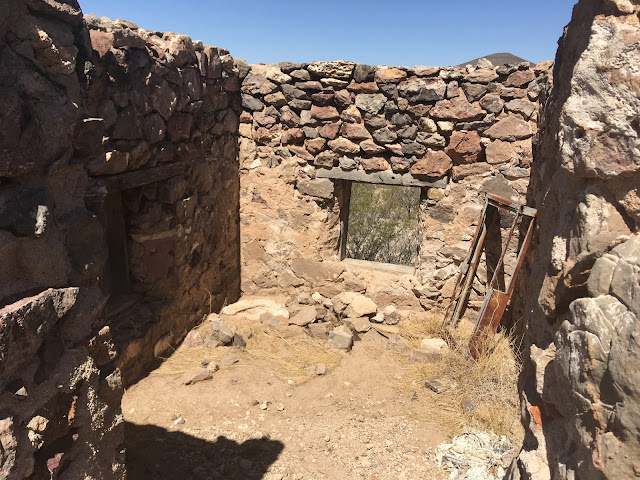 The window openings always impress me in their construction. 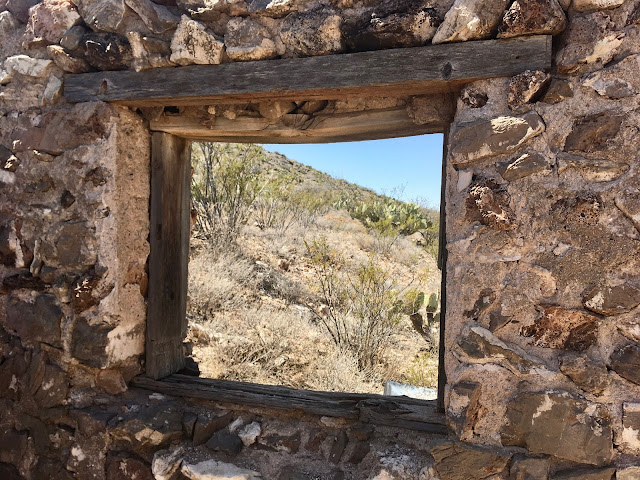 Doorways too.  One had to know what they were doing.
Anything I built probably wouldn’t last long. 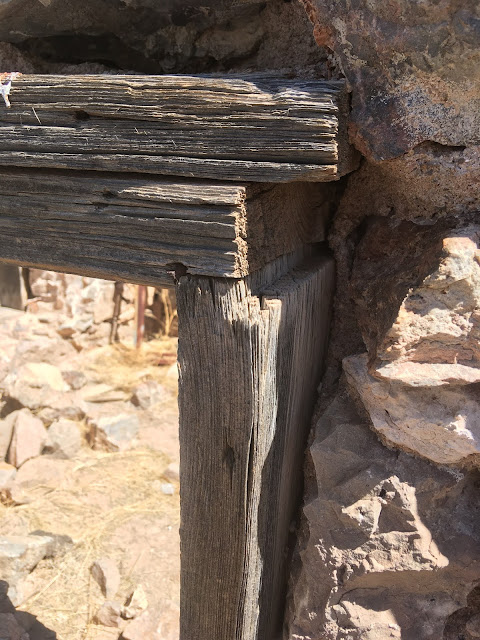 This window opening was unique in that most of it was a cupboard on the inside.  Being this was the larger of the buildings I kidded Amanda by saying the boss probably lived there.  Now thinking back, as it had a large central fireplace and more, it most likely was the cookhouse and the workers gathered there for meals prepared by the camp cook. 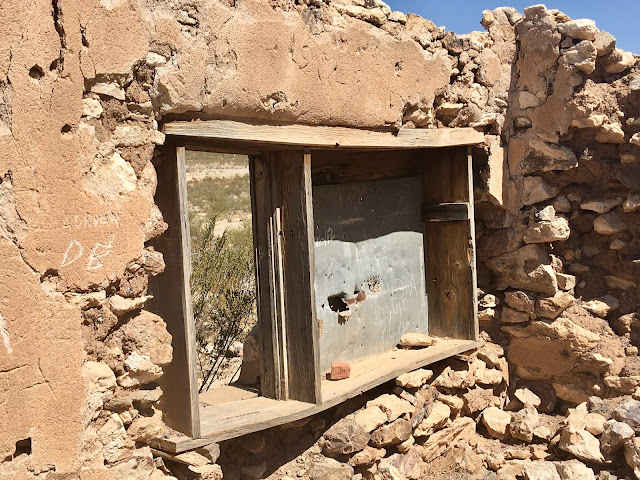 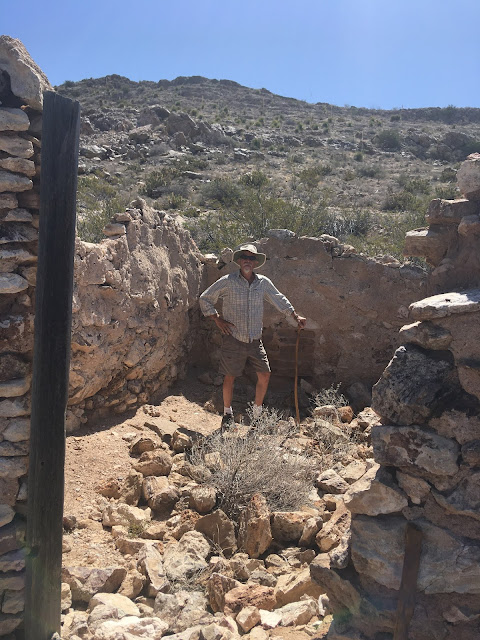 I have come across dozens of these wind driven water pump wells but this was the only one I have ever seen still functioning pumping up water.  I was fascinated watching the central shaft rising up and down only about the distance of less than a foot bringing water up from below ground. 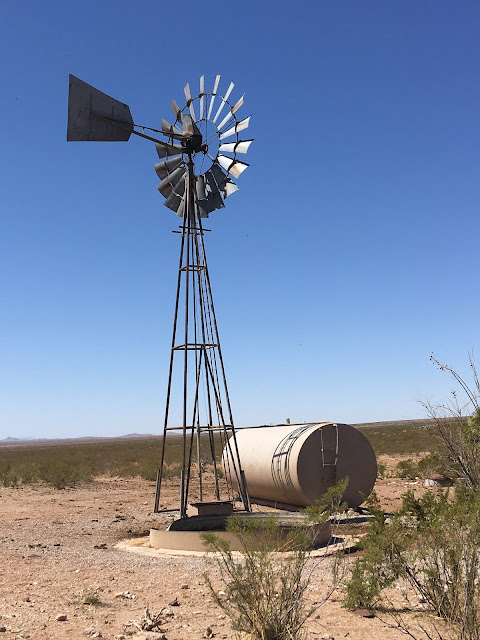 Life was pretty hard, I can't imaging the work that must have gone into building that camp. What year do you think the buildings were built and used?