Seeing our new site had a table was one of the first things I noticed.  I could now rewrap Beans’ scratching post.  The rope doesn’t quite hold up for a year.  She’s brutal on it. 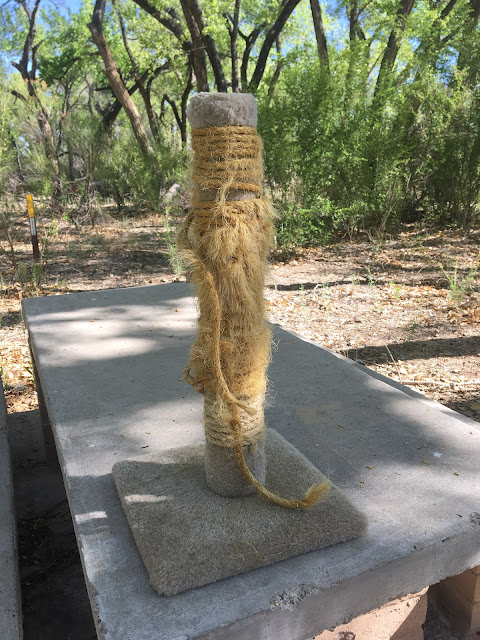 It takes fifty feet of rope to wrap the pole.  I mistakenly bought 3/8ths inch rope this time instead of half inch.  We will see how long it lasts. 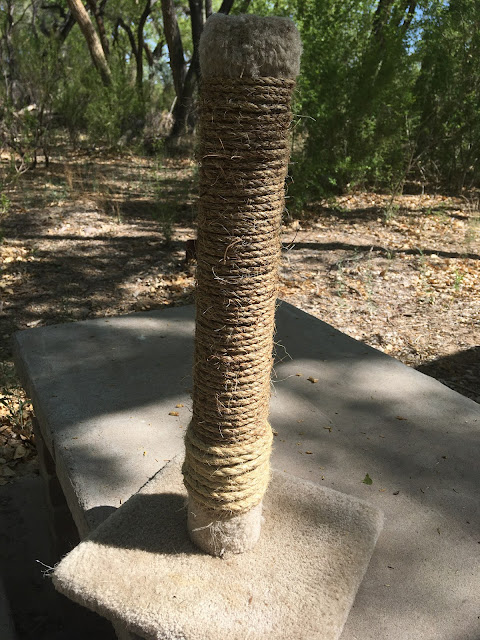 It takes awhile to wrap the pole and Beans was going through withdrawls.  She went right to it when I put it back in under the table.  This is a pole that I bought for Sinbad when I first got him back in 1999.
He went through the carpet in no time and from then I redid the pole with rope. 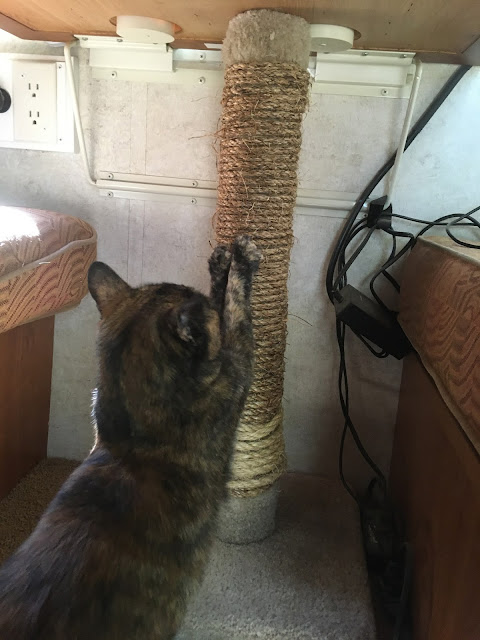 Beans isn’t much for cat toys so I cleared them out from under the table.  We gave three to Louie that were like new and had feathers on them.  Louie likes feathers we’re told.  This cloth packet of catnip has been around since early Sinbad days.  He never showed any interest in it.  Neither did Beans.  I took it apart.  Well no wonder!!  The catnip was in a plastic bag inside the cloth bag.  That was stupid. 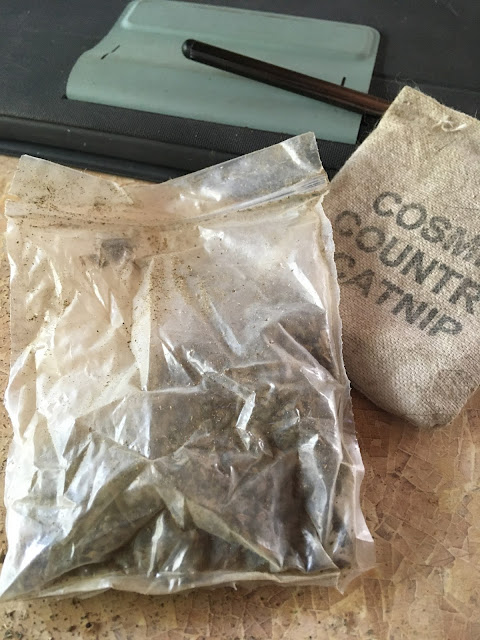 Later that day I went outside for my cup of tea.  I forgot about the catnip leaving it on the table.
I came back in to this.  Oops. 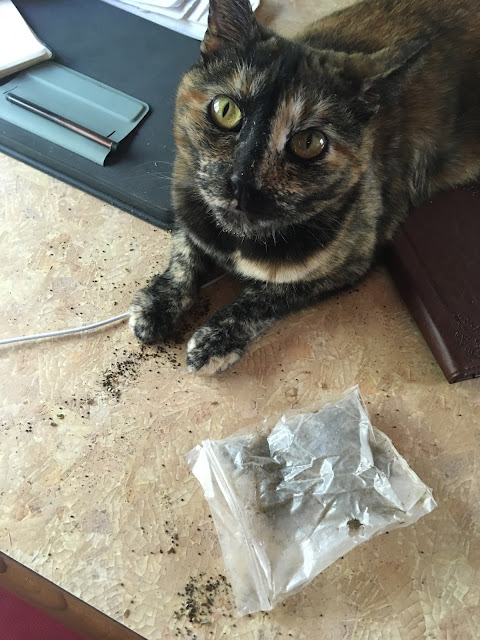 There is a story behind this photo that Amanda took.  Back at Rio Grande River camp Amanda saw a gopher pushing dirt out from a new burrow.  I took Beans over there hoping she’d see the dirt moving.  Well I should have stepped more lightly as the gopher sensed the vibrations in the ground and stopped his work and Beans never saw it.  Here I am setting her down close to the hole. 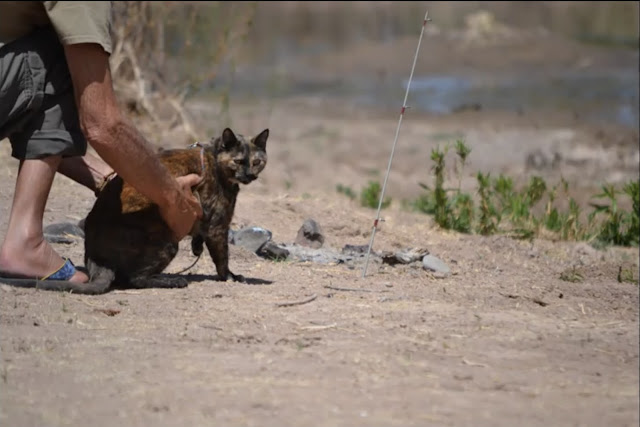 These are the husks from the seed pods that open up revealing the purple flower (center of photo) of the Rio Grande Cottonwood trees around us.  The husks are sticky and cling to the bottom of flip-flops and cat paws.  The cats walk along shaking their paws trying to dislodge them with little luck.  Back inside I got Beans down to remove these sticky things.  She is NOT happy about it.  Lots of growling and some hissing erupts.  Rather than risk serious injury (to myself, not her) I gave up.  We don’t walk in the leaves and brush anymore.  We stick to the dirt roads.  She’s not happy with that either.  Tough! 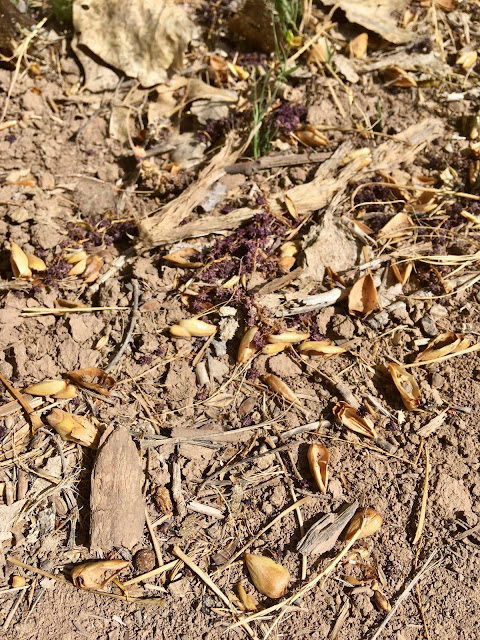