I had this campground in mind on the other side of Phoenix near Superior, Arizona, a four hour drive.  Once there we were done and just wanted to park.  It was a lumpy bumpy road through the campground and had the appearances of a homeless encampment.  I looped around figuring one night would be okay and looked in my mirrors.  No Amanda.  Where did she go? 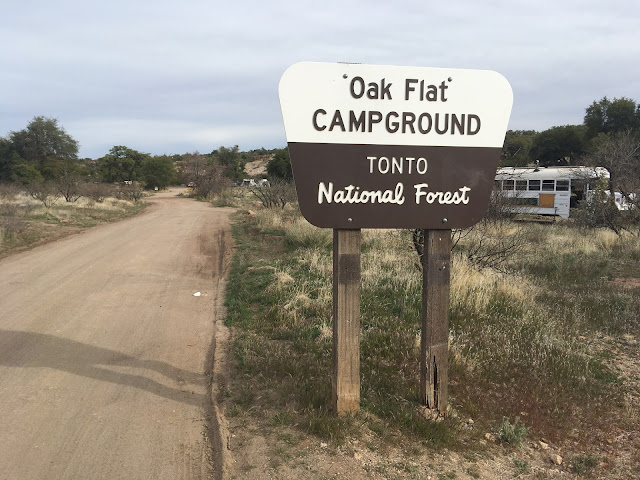 I went back out and up the road where I found her parked between these two signs.  There was no cell service but she had vainly sent me a text: “I’ve been here before! Yikes!!” 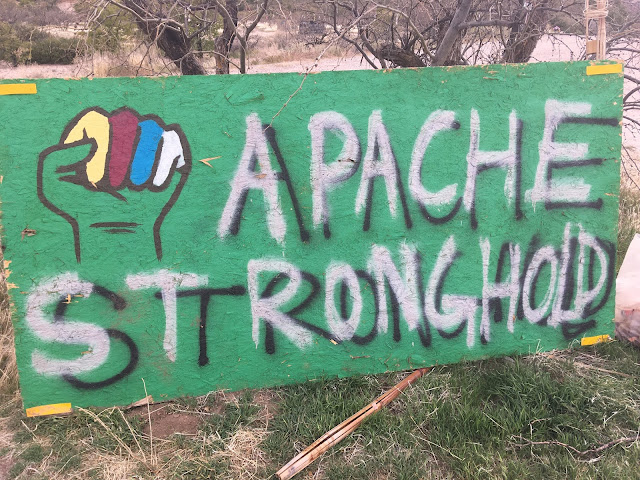 She had come here before my herself and didn’t feel comfortable down there.
I was fine staying where she was.  I just wanted to stop and have my tea. 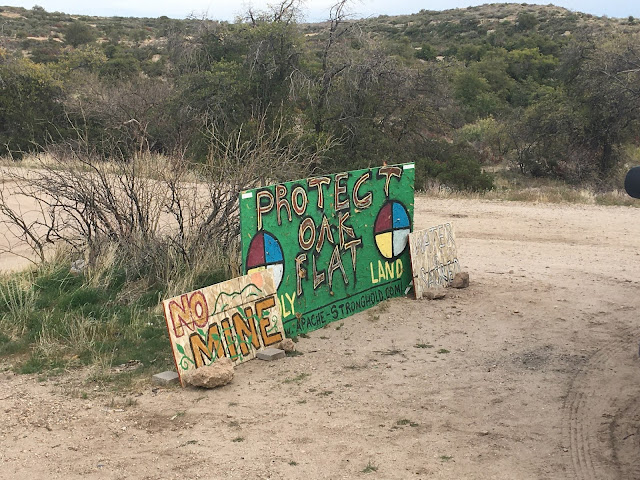 Across from where we camped. 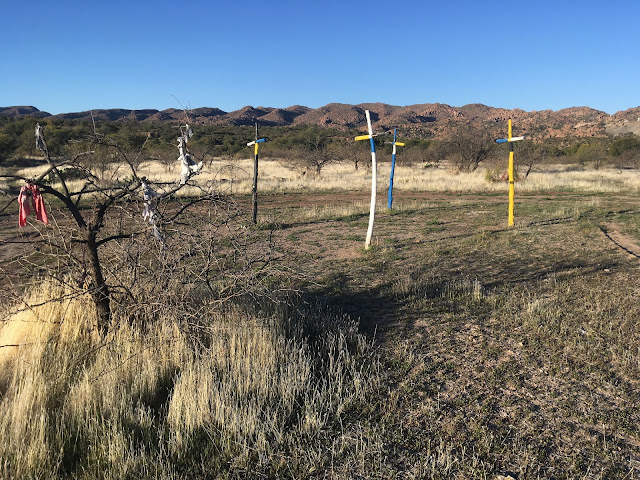