We left Miners Camp going our separate ways to do errands and planned to meet up afterwards.  I wanted to go to a car wash to clean a couple rugs and also the Honda trail bike of all the dirt from Quartzsite.  The carwash was a simple affair and I only mention it here on the blog for it had the unbelievably low price of one dollar to wash a car.  What happened, had I passed through a time warp and found myself back in the 60’s? 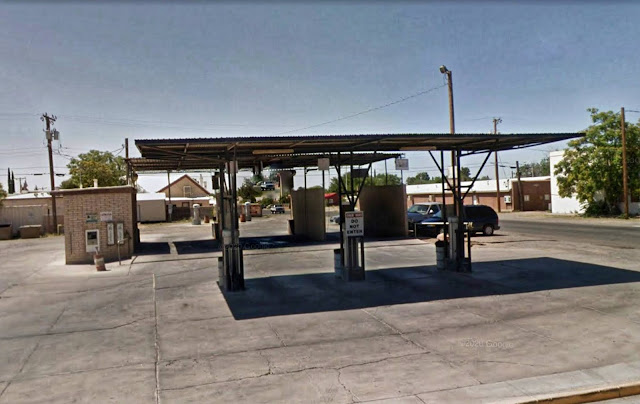 While trying to make sense of the vacuum machines in the foreground that had no hoses (they were old ones and new machines were in the far back of the photo) Amanda pulled in to do her laundry at the laundromat next door.  Inside there were twice the number of signs posted about than one would normally see as half were in English and half in Spanish.  So with your laundry churning away you could sit there and brush up on your Spanish while waiting.  And like the car wash the laundromat was like no other for one cycle of the dryer seemingly went on for nearly thirty minutes where they are usually eight or ten minutes.  When she pulled her clothes out they were too hot to handle. 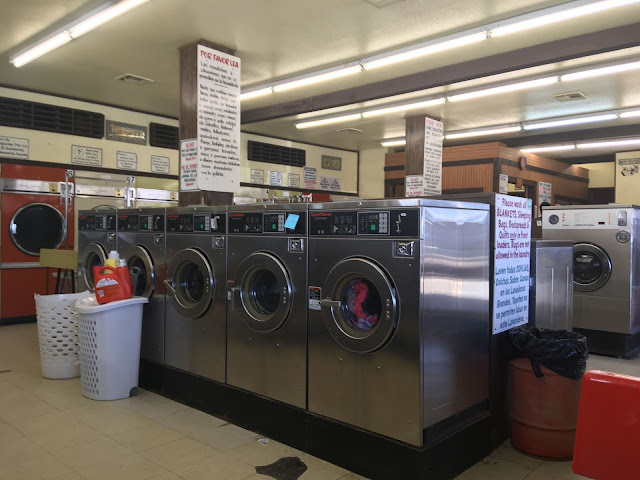 By now we were hungry and thought it best to eat before going to Walmart to food shop.  We drove back up Pine Street to a Mexican restaurant we had passed coming in.  It was housed in what looked like a drive-in diner of the old days with individual parking stalls where they brought your food out and set on trays hanging from your car door window. 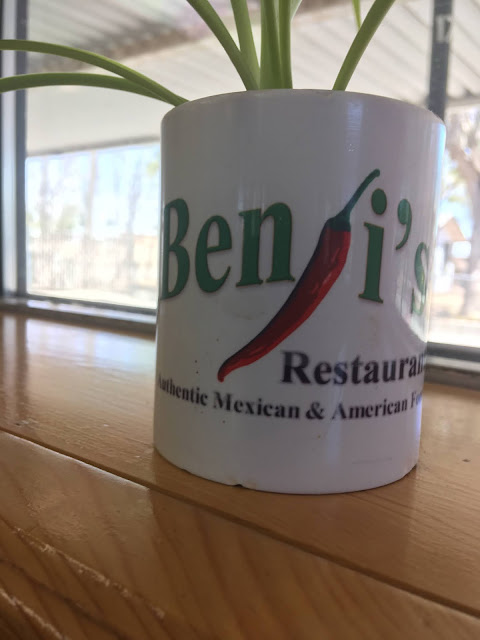 Now there were several picnic tables set in place out in front and five tables inside.  We planned to eat in the RV since all the tables inside and out were used then two cleared up, so there we ate in air conditioned comfort with Mexican music playing in the background. 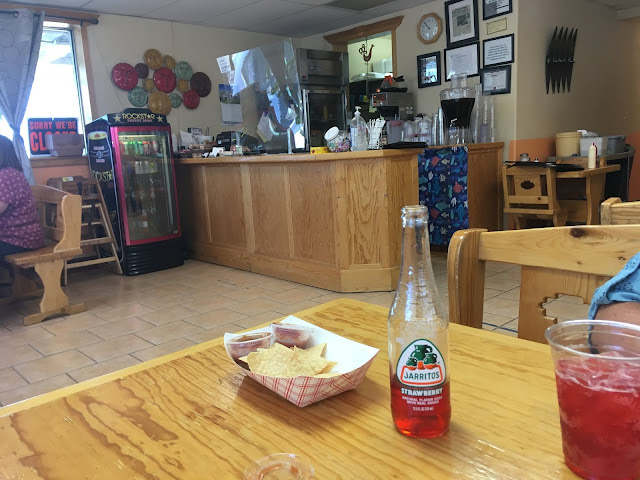 We each got the combination plate - chile rellano, enchilada, tamale, beef taco with rice and beans swimming in green sauce.  Outstanding!  If I lived in Deming I would be eating at Benji’s all the time. 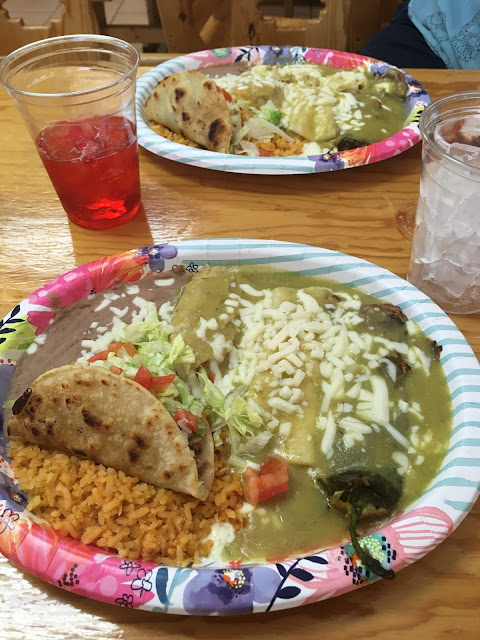