Mine Shafts, Debris and Immigrants

Before we begin this post, yesterday was Beans’ adoption day.
Four years ago yesterday we came into each other’s lives.
A happy day for both of us.
There were several of these vertical mine shafts around the area now safely covered over and secure.
It is very scary to drop a rock down through the grate and listen for how long it takes to hit something.
These shafts are DEEP! 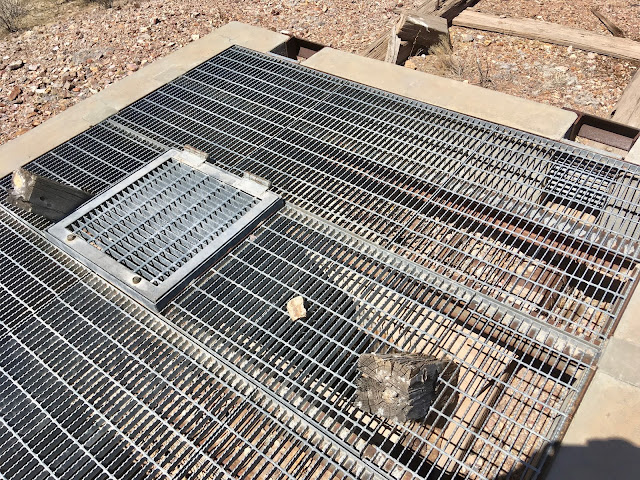 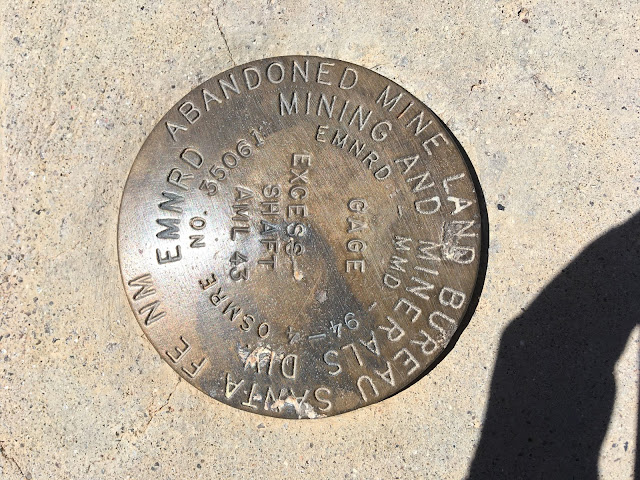 I found what was most likely a ventilation shaft where the protective fencing around it had long since disappeared.  Yep, very spooky to stand there and drop a rock down the abyss.
Amanda wanted no part of it standing way back. 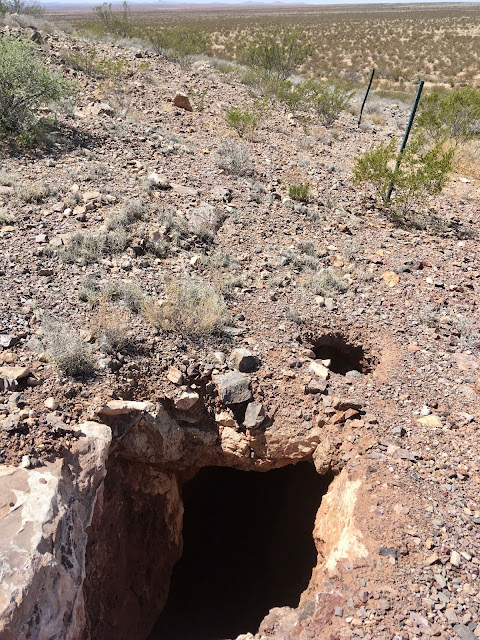 All around the land is littered with rusty cans left behind by the miners.
It takes a lot of beans to dig mine shafts. 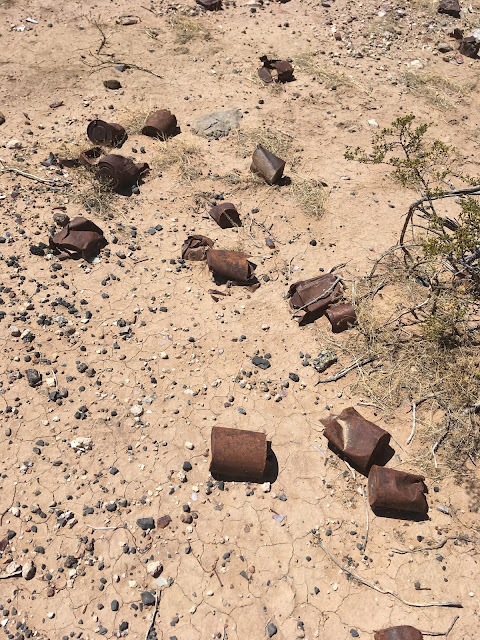 Lots of sardines too.  There were condensed milk, baking powder, soup and pipe tobacco cans too. 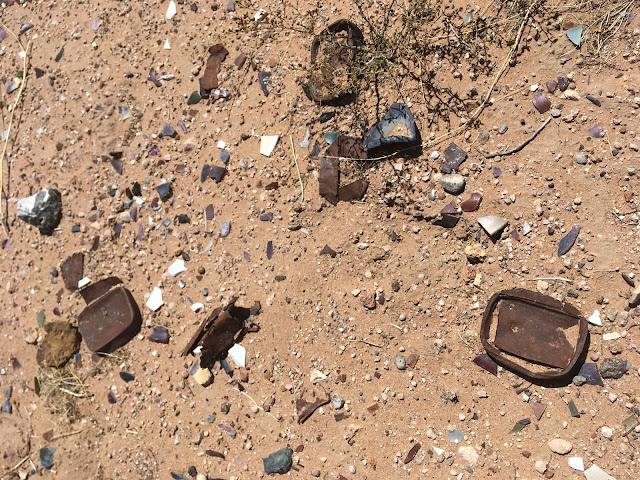 I found a few rectangular head nails which sort of dates the area as pre-1890 when round head nails began production.  Later I found online that this was the Victorio Group of mines founded in 1880. 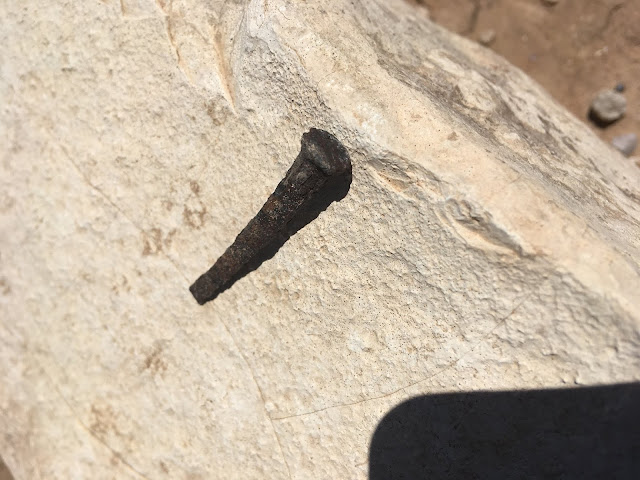 A lot of broken dishes lie scattered about including glass bottles with the faint purple color of medicine bottles plus an abundance of thick green and dark amber glass beer bottles. 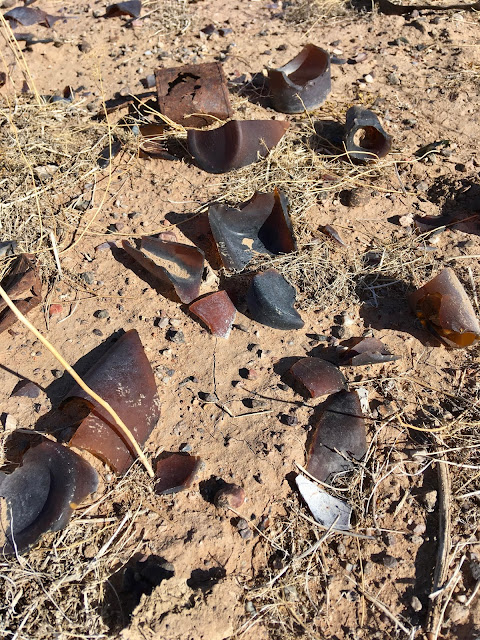 You can kind of see the purple in the glass at the bottom. 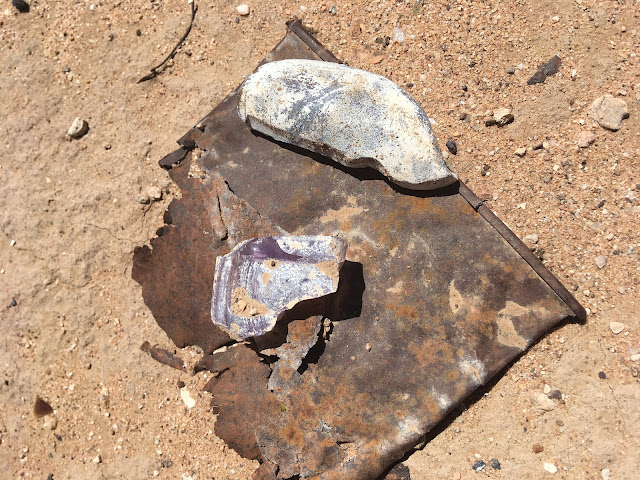 Amanda had the best find with this bottle neck intact.  Notice the bubble in the lip and the opening is slightly off kilter, not like bottle making perfection of later years.  It appears to have been a fluted bottle.
I wonder what it held. 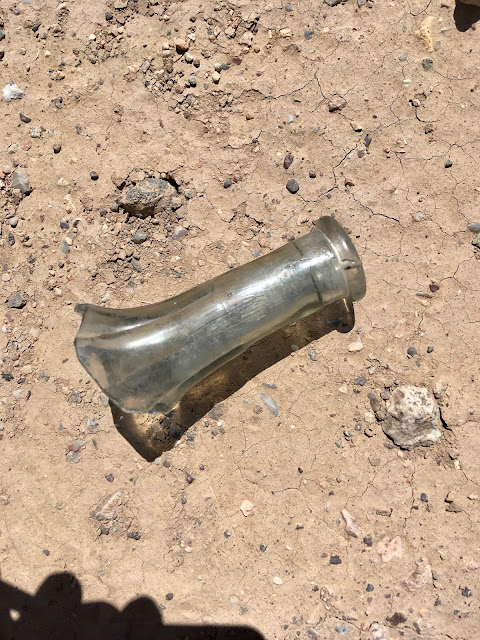 Lastly of note is that we have seen around a dozen abandoned backpacks in the area.  All the packs are identical.  My theory is with the Mexican border less than thirty miles away this must have been a pick up point years back.  They carried their food and water in the backpacks.  When they met up with their ride they no longer had a need for the backpack (which would be a giveaway seen walking in town with one) and so discarded them here when they got into the car or van.  What do you think? 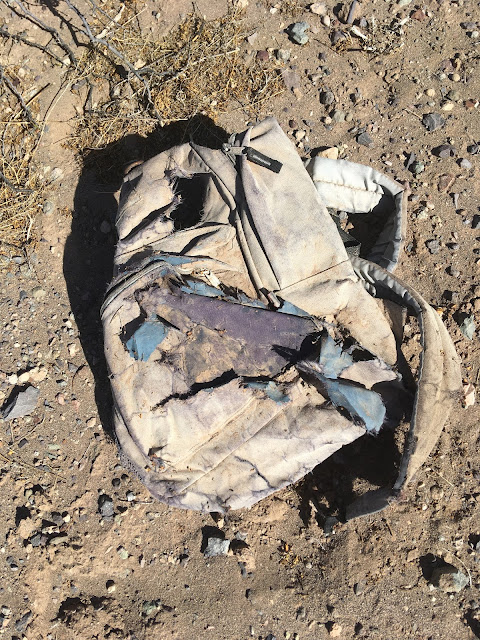 What an interesting find!