Strong winds blew us southeast out of Arizona on into New Mexico.  I had a place in mind I had stayed at before in Lordsburg, NM but that fizzled out as it was now posted go away.  A shame as it was a nice little place, a VFW rest area but now is uncared for and in disrepair. 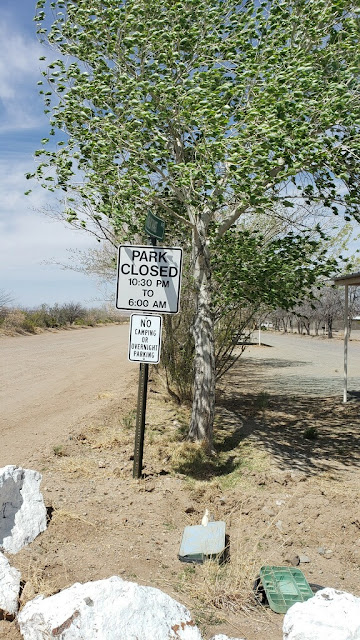 Amanda took the lead from there in the direction of Deming, NM.  That too fizzled out as it was now fenced off.  A bit further down the dirt road she found a spot big enough for both of us.  It was good enough for a night.  We were immediately welcomed by one of the locals. 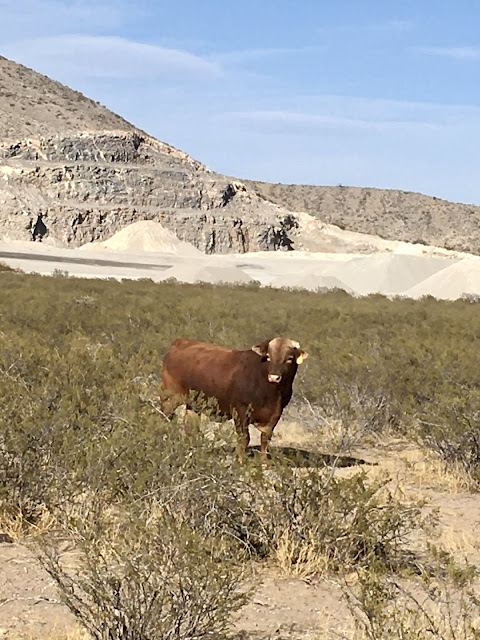 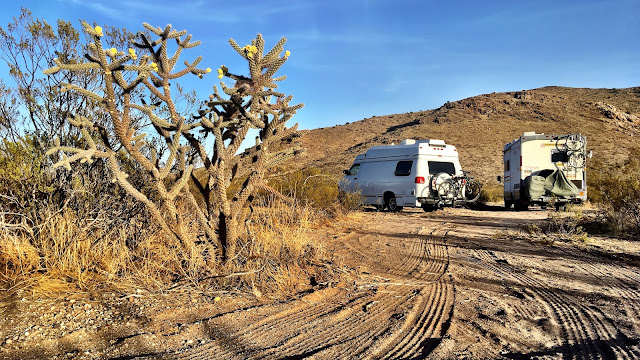 The next morning I discovered had we driven up the road a hundred yards further there was a wide open flat area to camp.  We moved there and decided to take a day’s rest from traveling. 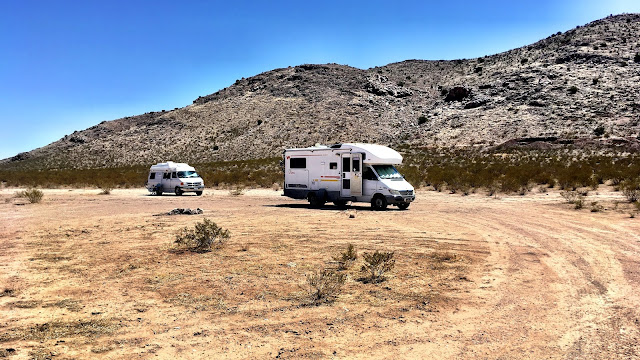 A move of 100 yds - that must be some kind of travelling record.

I was exhausted afterwards!