My Theory, at Least I Can Sleep Better

The sun was out and I went for a walk across the road.  I wanted to see the group picnic area. 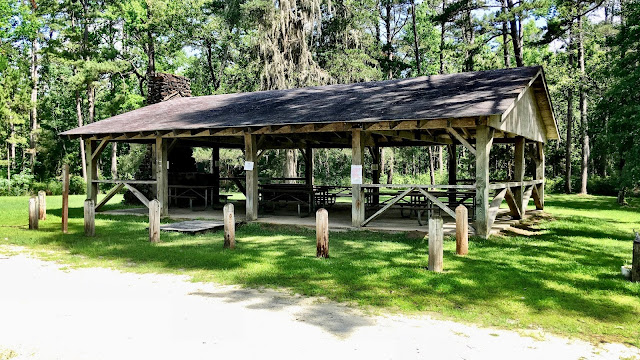 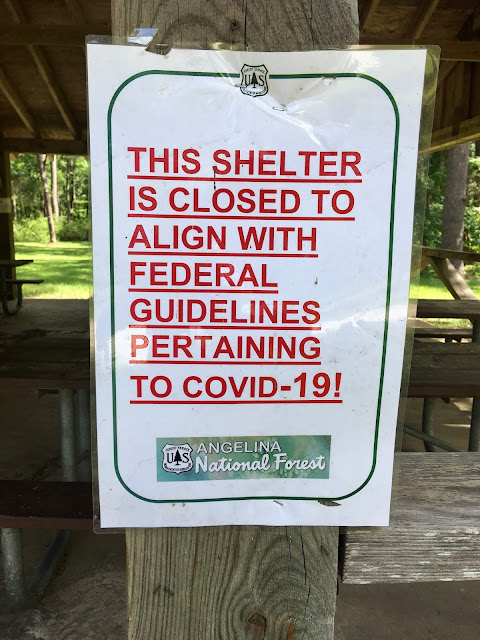 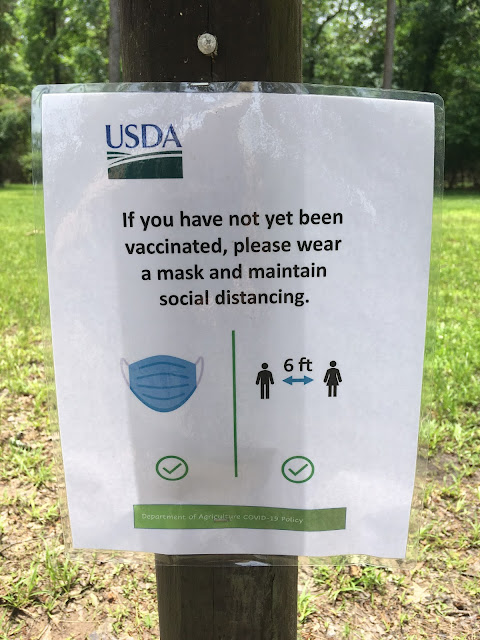 I walked on through the brush to check out some lights I could see the first night here thinking it was someone’s home.  It was the restrooms!  I thought this place had restrooms WITH showers but began to think I had it confused with another camp I was considering.  The doors were locked.  Curses.
I really would like to use the showers. 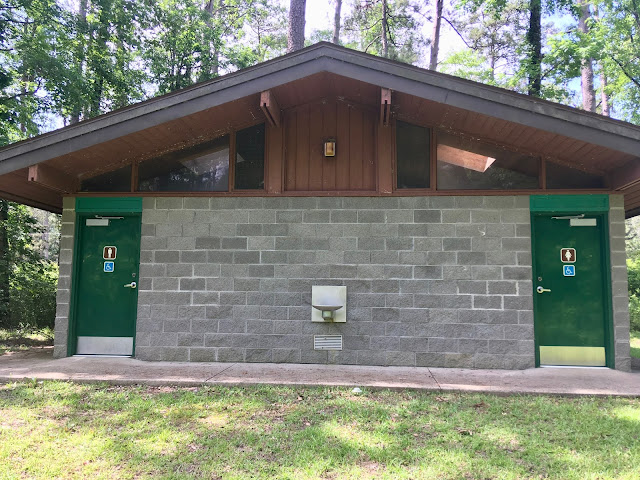 That’s is when I continued on and saw Billy outside giving Lucy a bath.  I asked why the restrooms were locked thinking it was some COVIDiocy decree from the government.  “Oh they are broke” says Billy.  “They keep saying they will come out and fix it.”  I tell him how I was looking forward to using the showers.  “Oh I just go around in back of the trailer and hose myself down” he informs me.  And this later is when I figure how Billy deals with his nonexistent sewer connection for his trailer.  He must have keys to the “broke” restroom and goes there to poop.  To walk all the way over there to pee would be too much trouble for him so he must have a favorite tree out behind the trailer.
I just hope I didn’t walk through it. 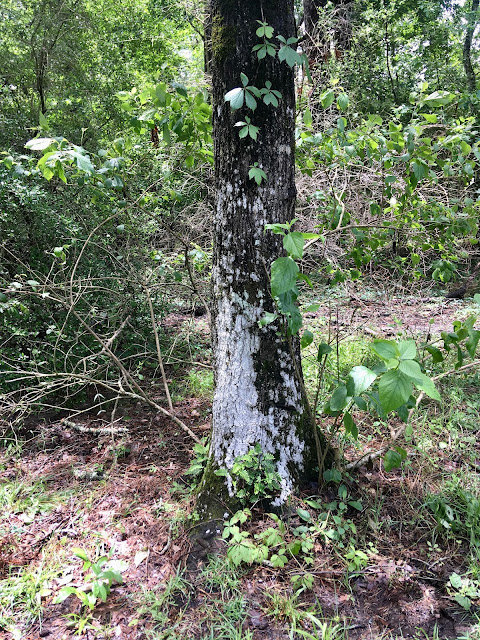 All during the week here I notice Billy drives his truck over to the group picnic area at least once a day.  There is no reason for him to go there other than to use the “broke” restroom.

That’s my theory and I’m sticking to it.

Sigh, sadly this is oh-so-prevalent in Texas from my experiences over the last 3 years. Our daughter is stationed in TX, so we've become quite familiar with the landscape. I've been known to refer to it as the "Rust Belt" of the US (and I lived most of my life in Appalachia!)

Oh my. Stay away from Billy and don't go round the back of his trailer.

You are right. You don't know what is back there. He could have cameras.