We had a bit of a drive to a point of interest (tomorrow’s post) an ideally it would be best to stop midway.  But that would put us in Killeen and Temple, Texas that serves Fort Hood, the world’s largest army base.
Nope.  So we pressed on, saw what we came to see and went thirty miles more to Lake Limestone, a place Beans and I stayed at for five days in April of 2018. 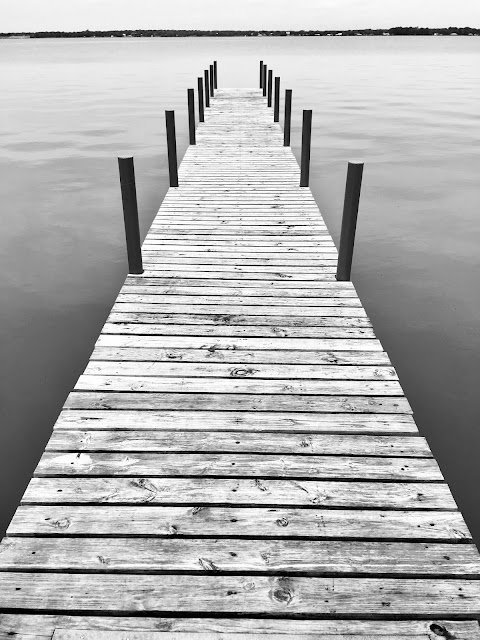 We had it all to ourselves those five days, this time another nomad was there...in our spot no less.  Later in the late afternoon a police officer stopped and talked with the camper, then drove by us not stopping.  I learned that he stopped to tell her about the evening’s approaching severe thunderstorm.  Why didn’t he tell me?  Maybe because I am not a slender young woman with long dark hair living out of a van?  Naw...
Just as it grew dark the storm arrived and it did not disappoint.
All those red dots are lightening strikes in a fifteen minute period.
We are the blue spot.
That’s bit much don’t you think? 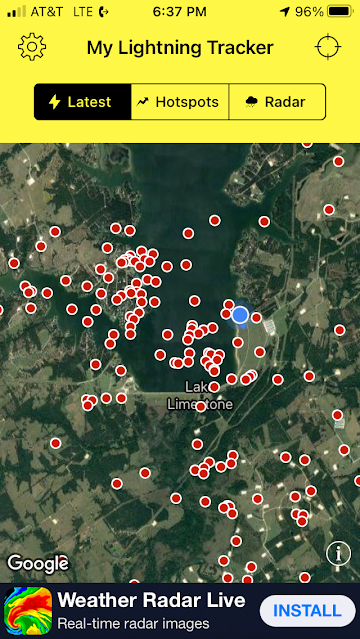 Goodness gracious...that's lots of flashes. Hope you all snuggled down and didn't have your ears covered too much!

Maybe the cop didn't stop when he saw your out-of-state plates??

She had Arizona plates.