An hour or so after we arrived a couple showed up to fish from that point of light colored rock.  They were there a couple of hours then left.  A bit later they returned along with a truck and another car.  It appeared they brought the whole family to show them something down the cliff and around the point out. 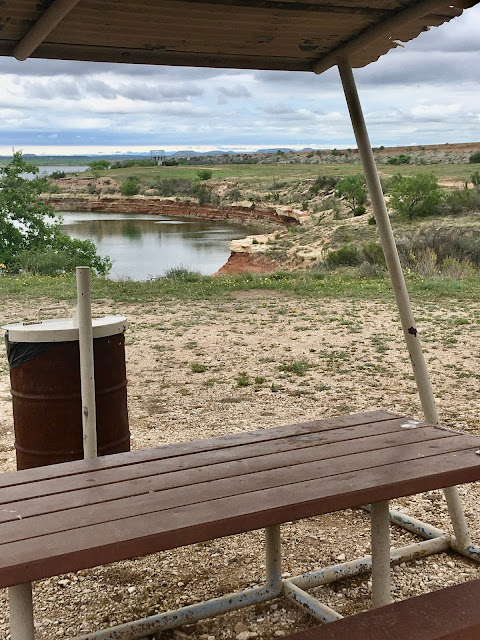 Eventually they all left except for the fishing couple who drove around, even through our camp, as if looking for something.  They had a little dog with them, did another dog run off?
They left and then later here comes the woman driving the truck now and she has the Sheriff following her.  Okay, this is interesting.  They all park just to the right of the fishing spot. 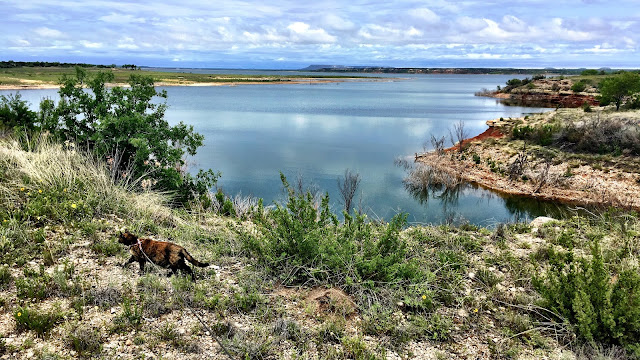 The lady leads the Sheriff down the slope and around the point out of view from me in camp.  They come back and the Sheriff is carrying what looks like a clump of lake grass in his hand.  He retrieves a plastic evidence bag from the back of his vehicle and puts the clump in it.  The lady leaves.  Now it is too dark for me to see clearly through the binoculars but a white pickup arrives, consulates with the Sheriff (kind of looks like a slender built woman with long dark hair) and then a second Sheriff arrives.  All three walk down the slope in the dark with flashlights.  I go to bed.
The next morning the rain stops and I go investigate around the point.
I find nothing. 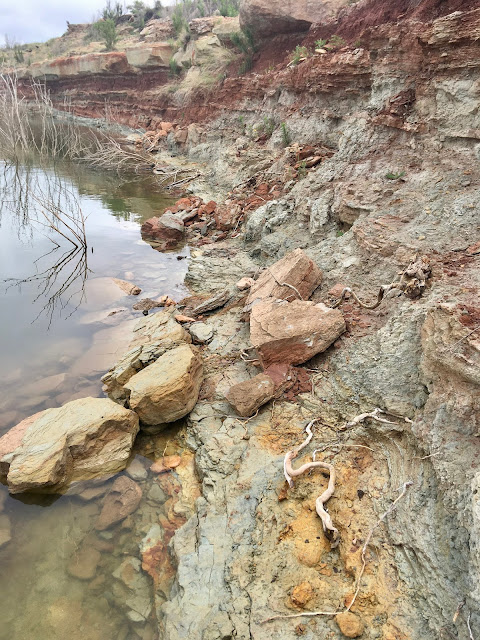 It was only as I lay there in bed that night that I remembered seeing about a dozen turkey vultures hanging out on that rocky point when we arrived.  That must not have been a clump of lake grass the Sheriff was carrying.  Could it have been a mass of long human hair?  Something of interest was there for the vultures.  The next morning when I took this photo only those three birds arrived and they didn’t stay long.  The Sheriff’s department here has only five officers.  Nearly half the force was involved in something more important than just a clump of long dark brown lake grass. 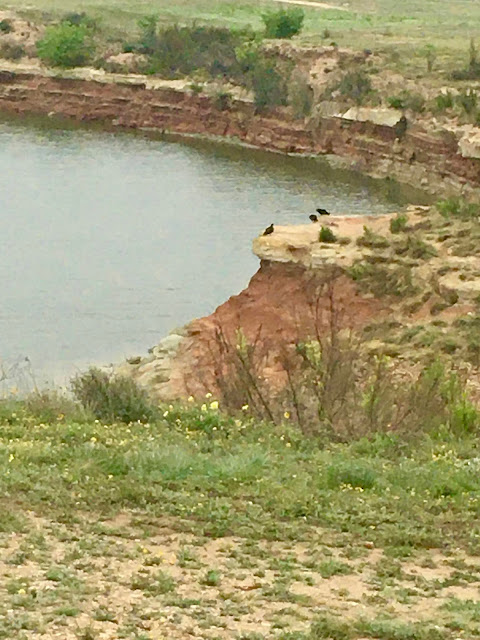 Why does interesting stuff happen the moment we depart?! I told you i love true crime and every hike i don't discover a dead body or evidence is a disappointment. Lol