We have been trying to follow the Missouri River as much as possible.  There was a scenic route along our route for most of the day’s planned traveling but when we reached the turnoff it was closed.  Detour.  Just my luck.  Still we had a nice drive through the largely all farmland of southern South Dakota.  Not many towns along the way and when there, they are small.  Burke has a population of 600 give or take.

But they have a nice city park travelers can stay at for ten dollars.  I gladly paid ten dollars for here than what we just left behind at Lewis and Clark Lake. 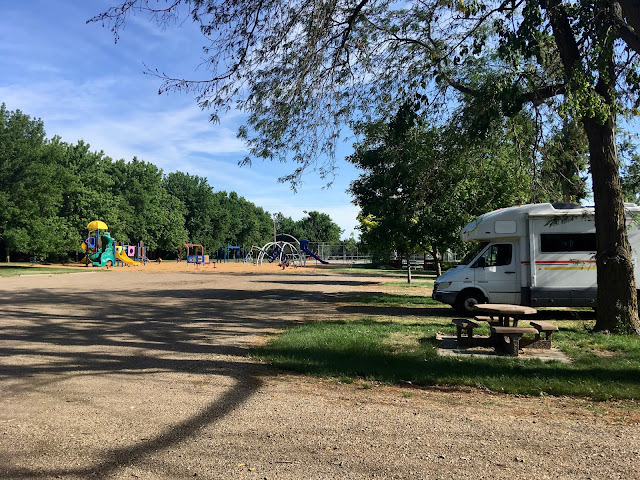 This little town has a nice for the most part appeared unused park. 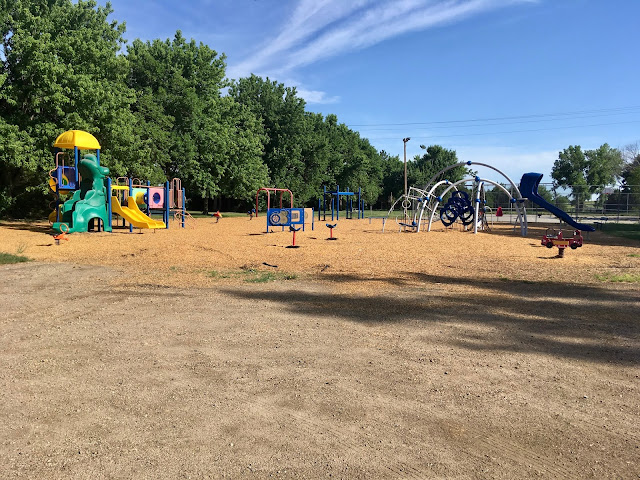 I took the one spot that had the most shade and plugged into electricity since the solar panel wouldn’t be of much use.  Plus I can run the refrigerator on electric and save propane.  Across from us is the group picnic area and restrooms. 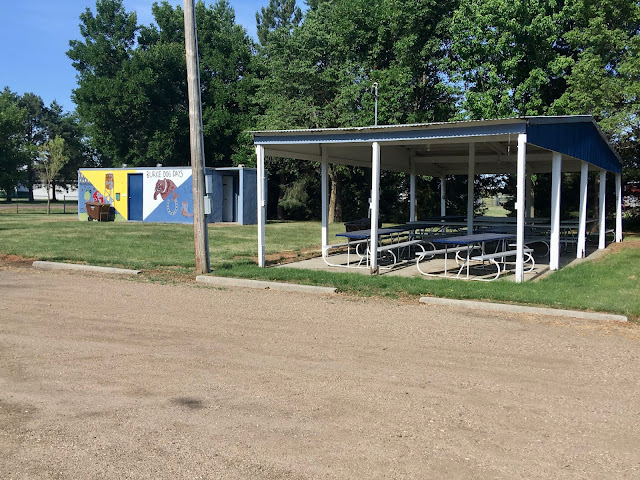 I walked into the mens restroom and two large blackbirds were inside.  They freaked out trying to escape while I was trying to step inside.  It was a scene out of a Alfred Hitchcock movie. 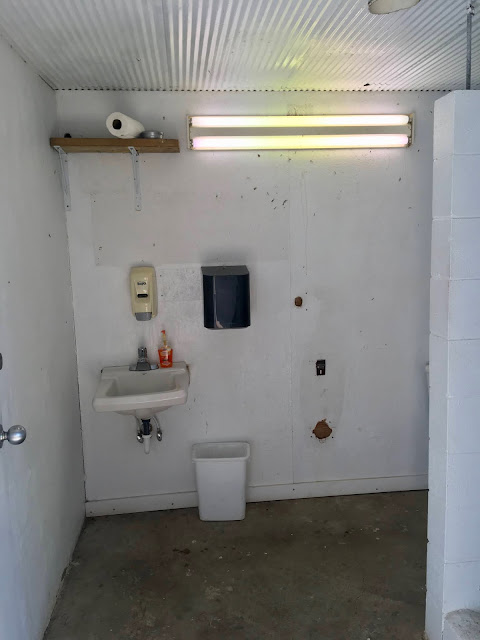 There are even showers to be had, not all that common for small city parks.
(Later)
I used the shower and was horrified after seeing only one incoming line - “this is going to be a cold shower”.  I pushed the button and in about five seconds came perfectly tempered water, nice and warm.  I have never come across that anywhere; it always has to be adjusted.  Wide and spacious this truly has to be one of the best on-the-road shower set-ups I have ever used. 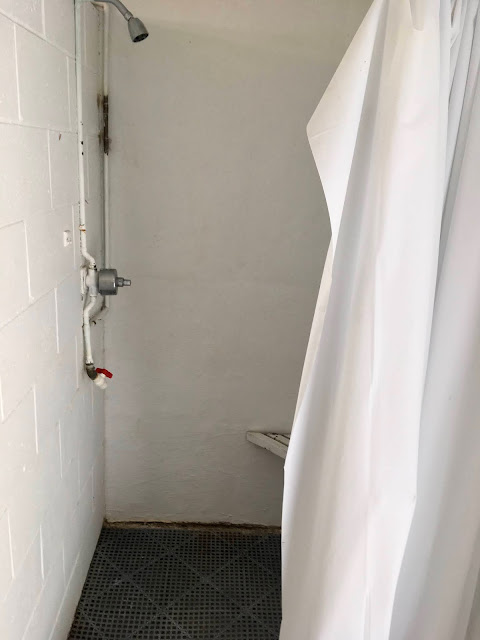 What really blew me away was the nice track at the high school on the other side of the tree line.  I spent most of my life in a small town that was six times the population of Burke and it had a miserable dirt track around the football playing field.  Ah, but that was in California.  There’s why. 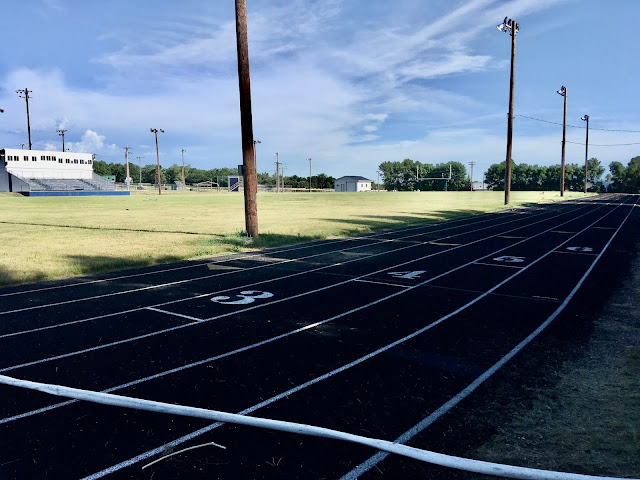 The instructions said to fill out the form and leave it and your money in the envelope provided and drop into the mailbox slot on the restroom building.  “A police officer will later come by and verify payment.”
Barney Fife never showed up.