It was so nice that first afternoon and night here that we decided to stay a second night.  The next day when I was planning on leaving high winds were predicted all day.  Not the best to be driving a small house down the road in so we stayed a third night.  I could not have had a better place to be “stuck” than this little park where no one has come by except two travelers who stopped for lunch.

I have a friend who we write back and forth often.  She wants to do what we do but is fearful being a solo female out on the road.  I have met and talked with dozens of solo women travelers over the years and not one has had a bad experience although they too started out the same, fearful and with apprehension.  I follow a YouTuber who interviews nomad travelers and he’s spoke with hundreds of women who say the same thing; never a bad experience.  The women all say they go with their gut feeling.  If something doesn’t feel right they move someplace else.  Even myself I have done that.

I wrote to her about how nice this little park is to be stuck at.  She wrote: I just fear leaving my tent and equipment unattended…

I said just stick to small towns, especially like here in the midwest.  “The house right behind us the people just leave their nice bicycles out leaning up against the house.”  Ever since we entered Kansas, Nebraska, South Dakota, etc. I rarely see vandalism or graffiti. 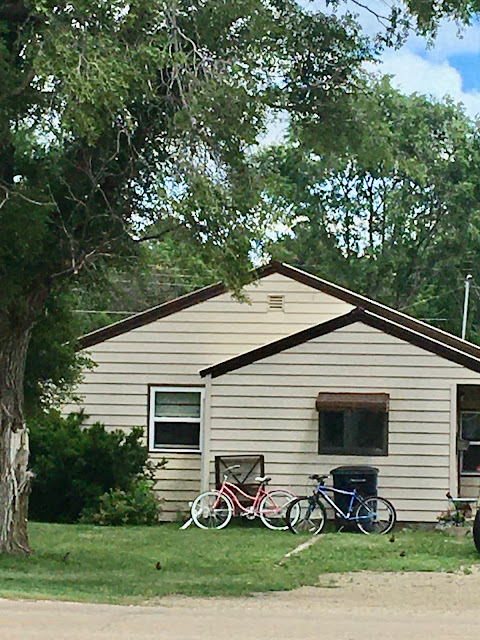 Gee, why did Dad have to make this barrier?  Just because I walked on out one time when we were at a Walmart in Kentucky while he was taking a nap...sheesh! 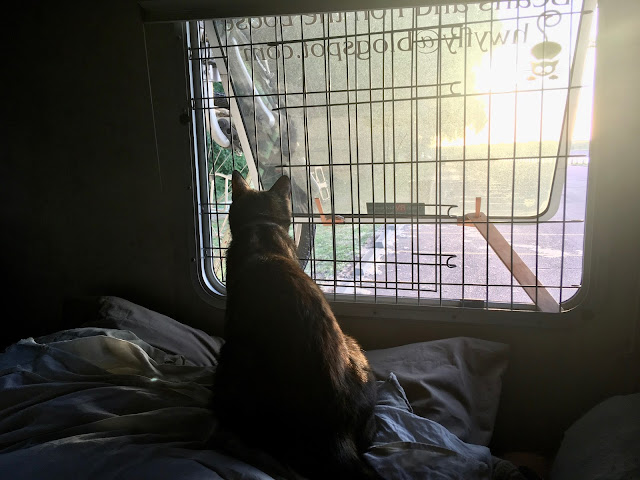 This lady gets my award for the best road construction traffic monitor. 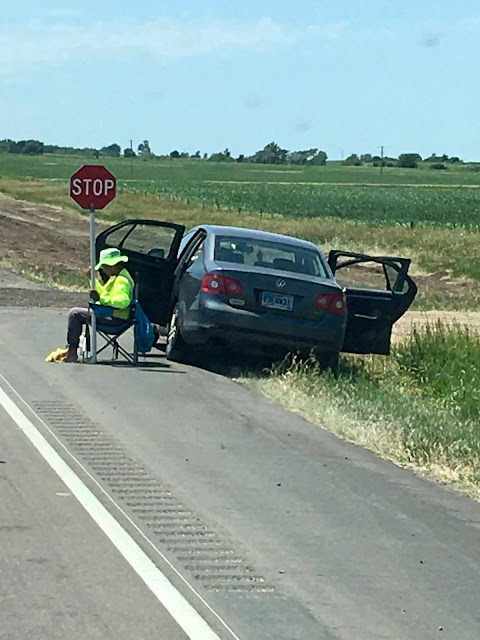