We were nearing our destination for the day watching the darkening skies ahead. 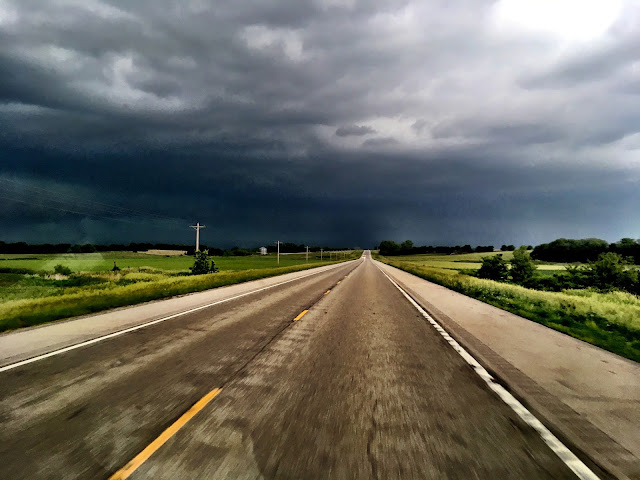 Suddenly my phone blared at me.
That alone scared me enough.
Then I read it.
Okay, more scared now. 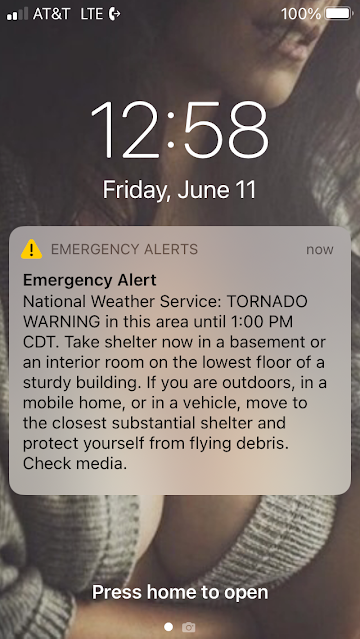 Just after I read that the blast of rain hit hard, followed by winds so intense that I could barely keep the RV going in a straight line.  This all happened with the suddenness of broken shoelace. 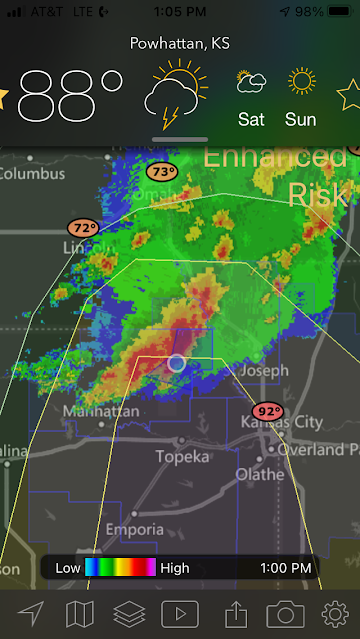 Mercifully the Kickapoo Casino was less than a quarter mile ahead and I pulled in.  I backed into a spot facing into the windstorm and then things went really bad.  I couldn’t even see the casino.  The wind buffeted the RV from all sides.  “Okay, this is it.  We’re done for.”
I thought Beans had went down into her hidey-hole as I couldn’t find her.  Finally I found her right there in the overhead looking at me.  What a brave little girl.
Within an hour it was over and we were okay (that is when I took the photo below), but I was worn to a frazzle.  I decided to just stay the night where we were in the parking lot. 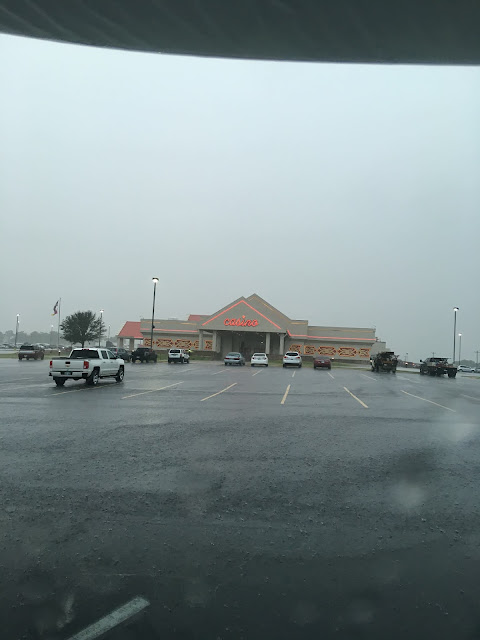 I shot a half minute of video but don’t know if this will show until it is published on the blog.
If it doesn’t show all I can say is the scene reminded me of those you see in the Arctic where the snow is whipped up across the frozen ice.
The next day in the nearby town of Horton I saw a few trees down and three power line poles lying alongside a cornfield, wires still attached. Tree limbs were scattered everywhere.  One cornfield where the corn was two feet high now the stalks lay at a forty-five degree angle.  In the field itself were long twisted pieces of sheet metal.  Down the road I saw the barn roof they were peeled away from. This bird family lost its home.  Their two babies lay nearby.  Mama and papa were up in the tree chirping their loss. 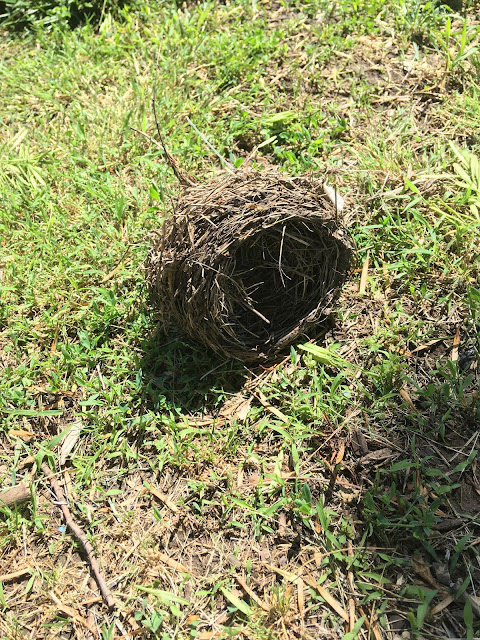 Wow that is something I would not want to be in, bad enough with some of the gales we have here. Glad you survived OK

Scary! I live in Florida where hurricanes hit every year and I know how scary heavy rain and wind is. Glad you and Beans are ok!

Oh my goodness! That's one of those times that do add to the epics of our life...short, and totally scary when happening. When trying to avoid hurricanes in FL, part of the trouble is waiting and waiting for a storm...but you got zonked!

Holy Cow! Glad you and Beans are okay. How did the Little House do?

It was much later I realized how lucky we were that there was no hail. RV is fine and weathered the storm just great.

Oh my, that was gallons and gallons of water being hurled at you with indescribable force! Amazing video. Well, at least the Little House is all nice and clean now! So glad you and Beans are OK, and still dry.