This jail, setting all by itself out near the railroad tracks, was built in 1910 and last used in 1940.  The original door was forcibly removed in 1926 in an attempted jailbreak and replaced with this door.  It is a good door.  Although unlocked I was unable to open it and go inside. 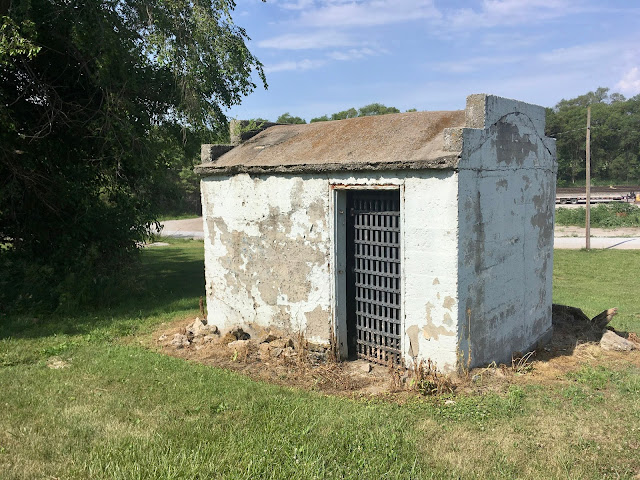 So I had to take pictures through the bars.
It measures 12x10 feet. 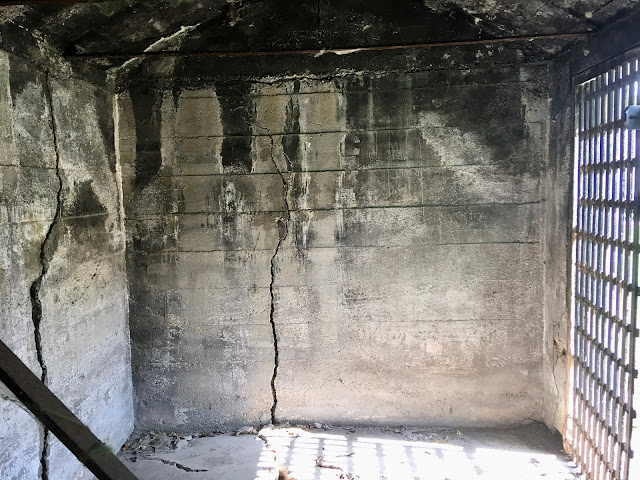 Imagine being here in the middle of summer, or winter.
Plan your crime according to the seasons just in case things go bad. 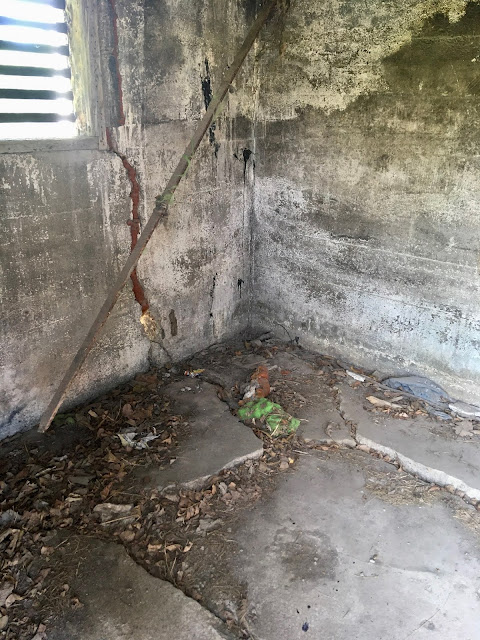 The population of the little village of Union was 233 in 2010, 242 in 2018 and 299 now, as the sign at the edge of town showed.  My goodness, people are moving here?
The less than a quarter mile long Main street had not one business building in operation.
But like Brownville, there was a pedestal mounted pay phone on the street corner.
I was going to take a photo looking down the road but it was just blah looking, nothing interesting.
Let me know if you want to see blah looking photos or not.

Many villages in England have little buildings like this. They are called "lock-ups" and were used to house wrong-doers until the local magistrates were able to deal with them, or more often just until the miscreant sobered up and saw the error of their ways.

I wonder what the inhabitants of such small communities do for employment. Just farming? Or is there a larger town nearby where people can work?
I would definitely try to stay on the right side of the law to avoid being incarcerated in that unpleasant jail!

I've never seen a jail like that before so thanks for sharing the photo. And yes, I'd love to see the blah photos.

Your "blah" definition may some one else's interesting photos. Now I'm interested in what blah photos are. Keep on moving. I enjoy the daily reports of your travels.

You’re absolutely right Red. I need to keep that thought in mind. Thanks for following along with us all this time.

Thank you Vicki. I’ll try to not look at some scenes being blah. Not everyone gets to see what we do.

I’ve wondered myself for as where we are now there are no large towns within an hour’s drive.

Looks like some idiot set fire to the inside from the smoke blackening. We have got small ones in the UK but not like that