Right across the street where we spent the night at the Walmart Hilton is Mountain View Cemetary. 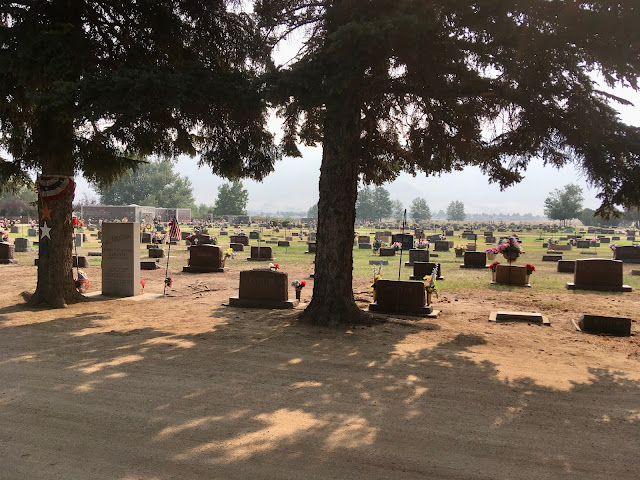 There lies the final resting place for motorcycle stuntman daredevil Evel Knievel.
That may be his parents to the left. 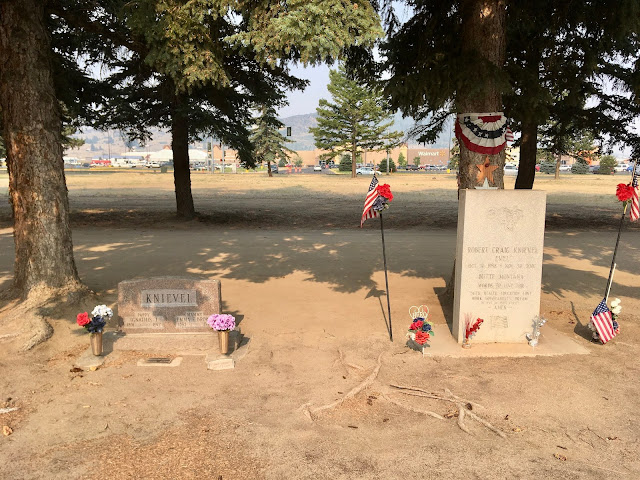 He had his tombstone made in 1974, just in case he died in his attempt to leap the Snake River Canyon. 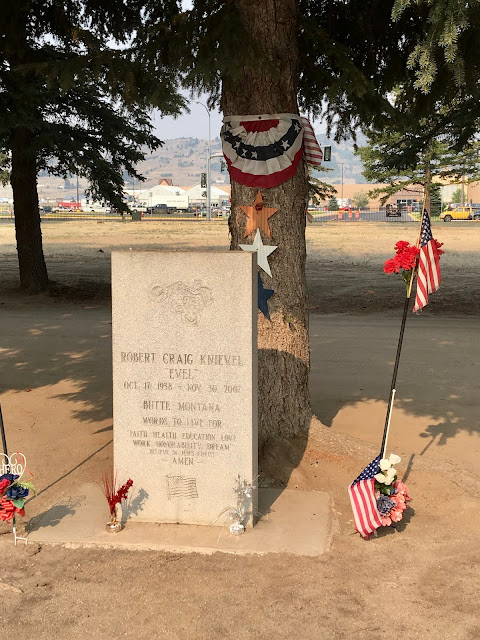 He didn’t die, but he didn’t successfully complete the leap either. 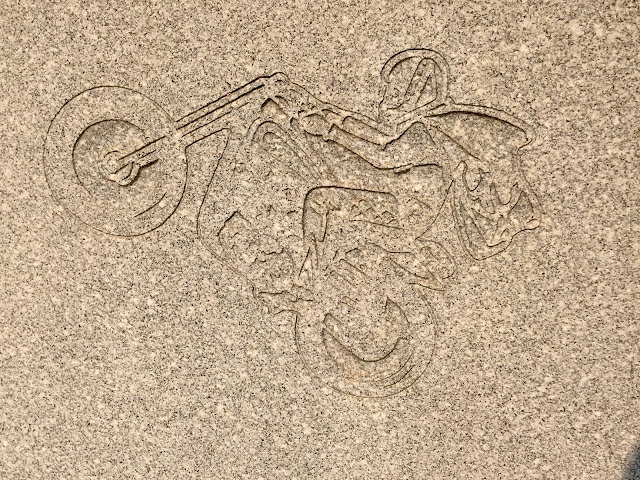 He kept the tombstone in storage for 31 years then had it shipped to Montana two years before his death. 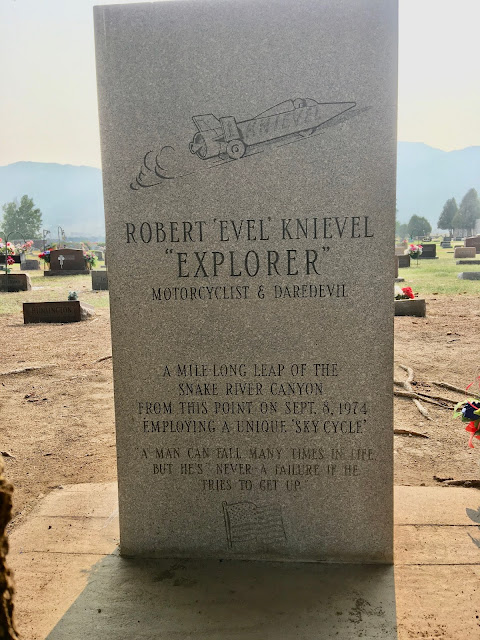 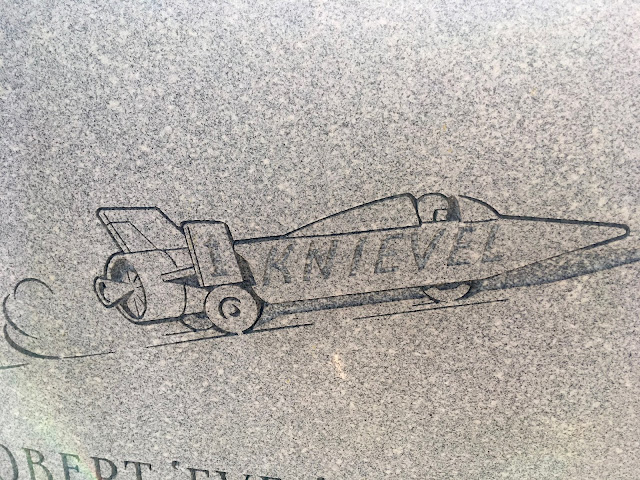 On the way back I stopped and visited with the woman in the green car, a local homeless lady who said she knows his son Robbie who has continued on in his father’s tire tracks to a certain degree.  She said he is the town drunk who’s done a lot of mischief but is always let go by the officials due to his notoriety.  Okay, I had to look it up.  Well she’s right except finally they have nailed him for felony DUI a few years ago.  She’s been in Wyoming for a few years so I suppose she didn’t know the latest. 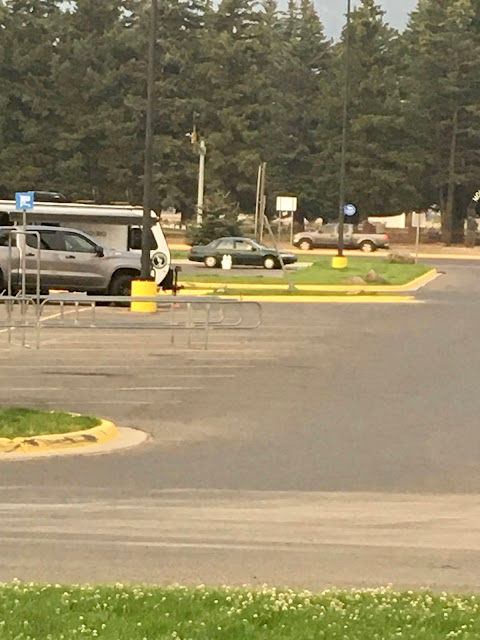